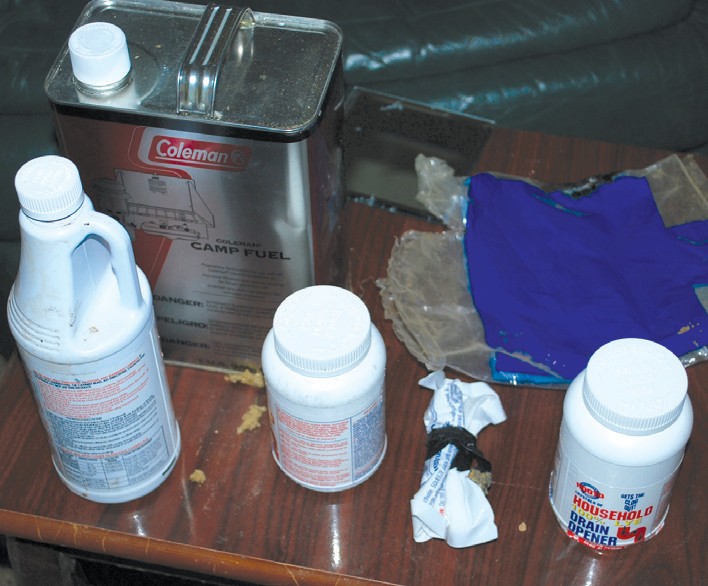 Just a sample of items seized during a raid on two meth labs in Oneonta.

The Oneonta Police Department has seized two meth labs in the city this month and each of the busts came as a result of tips from the public.

The two labs – one on Park Avenue and the other on 2nd Avenue East – were operational but very little actual meth was recovered, according to investigators. Police say that while very little meth was found, each lab was about to be used.

Charges on each range from manufacturing second-degree and possession to drug paraphernalia. One of the men could also be charged with theft of services in connection to jumper cables connected to power lines and routed to the house.

“We are always thankful to the public for tips called in,” said Oneonta police chief James Chapman. “These tips came in through 911 dispatch but they can also be called in to Crimestoppers – 274-CRIM(E) or 274- 2746 – where they could qualify for a cash reward.”