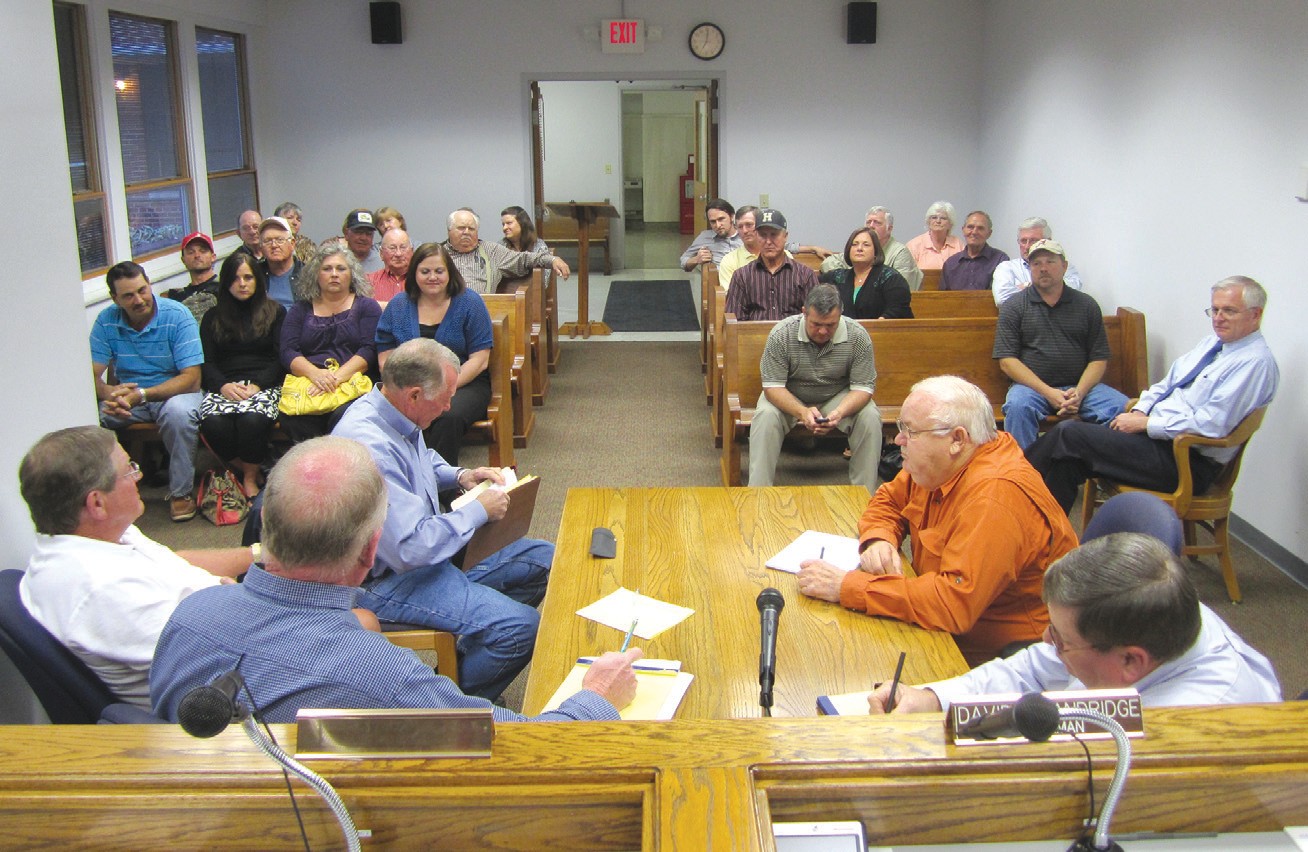 About 25 people, mostly supporters of B&B Tire Landfill, crowded into the commission boardroom last Thursday night for a public hearing on the company’s request to expand its scrap tire coverage area.

The landfill operator, James E. “Bud” Adams, had requested permission to add four states – Georgia, Tennessee, Kentucky and Mississippi – to the area from which it may legally accept tires for the landfill. It now accepts tires from Alabama only. The company’s permitted tonnage would be unaffected by the change, remaining at 100 tons per day.

The company is required by the Alabama Department of Environmental Management to get county commission approval for the change. In Blount County, such requests are presented to the commission-appointed solid waste authority for a recommendation on approval or denial.

The vote to approve followed a hearing on the request at which public comment was exclusively favorable. Comments from landfill employees generally praised the landfill and its owner Bud Adams in glowing terms for operating a clean and problem-free business which provides employment to county residents and recycles a substantial portion of the tires it takes in – especially truck tires – to prevent them from absorbing needed landfill space. In addition to employees, several of the favorable remarks came from nearby landowners, including David Sherrill and James Whitt, who adjoin or live near the landfill’s boundaries.

“I live within a quarter-mile of Bud Adams’ place. I know of no problems over there. The more money the county can get, the better,” Whitt said.

The reference to the county receiving money relates to fees based on tonnage paid by the landfill directly to the county itself and to the Blount County Fire Association through the state forestry commission. (Half goes to each.) The amount paid in 2011 was approximately $68,750 to the county general fund and $68,750 to the fire association (which is split 23 ways – about $3000 apiece for the year – among the county’s fire and rescue departments.)

Voting against a recommendation to approve were Tommy Chambers (District 2), and board chairman Bob Shows (District 4). Both Chambers and Shows have resigned their positions on the authority since the night of the meeting.

“I wanted to hold off and consider this thing carefully and not vote immediately, but some of the others wanted to go ahead and vote while we were all present,” Shows said. “I’m not mad at anyone and this is not sour grapes, or anything. And as far as Bud Adams is concerned, he’s a heck of a nice guy and a clean operator, but if he was my own brother, I’d oppose him bringing in tires from out of state. We’d have a falling out over it. I cannot vote in good conscience to bring any kind of waste from out of state into Blount County. Anybody who knows me knows I don’t want my name hung with that.

“Tires from other states? Why bring them to Blount County? It’s a precedent we’re setting, and where does it go from here? What kind of waste will the next landfill want to bring in from out of state, once we open the door? It’s the old slippery slope they talk about. The commission has gotten in trouble over landfills before, and it could happen again.”