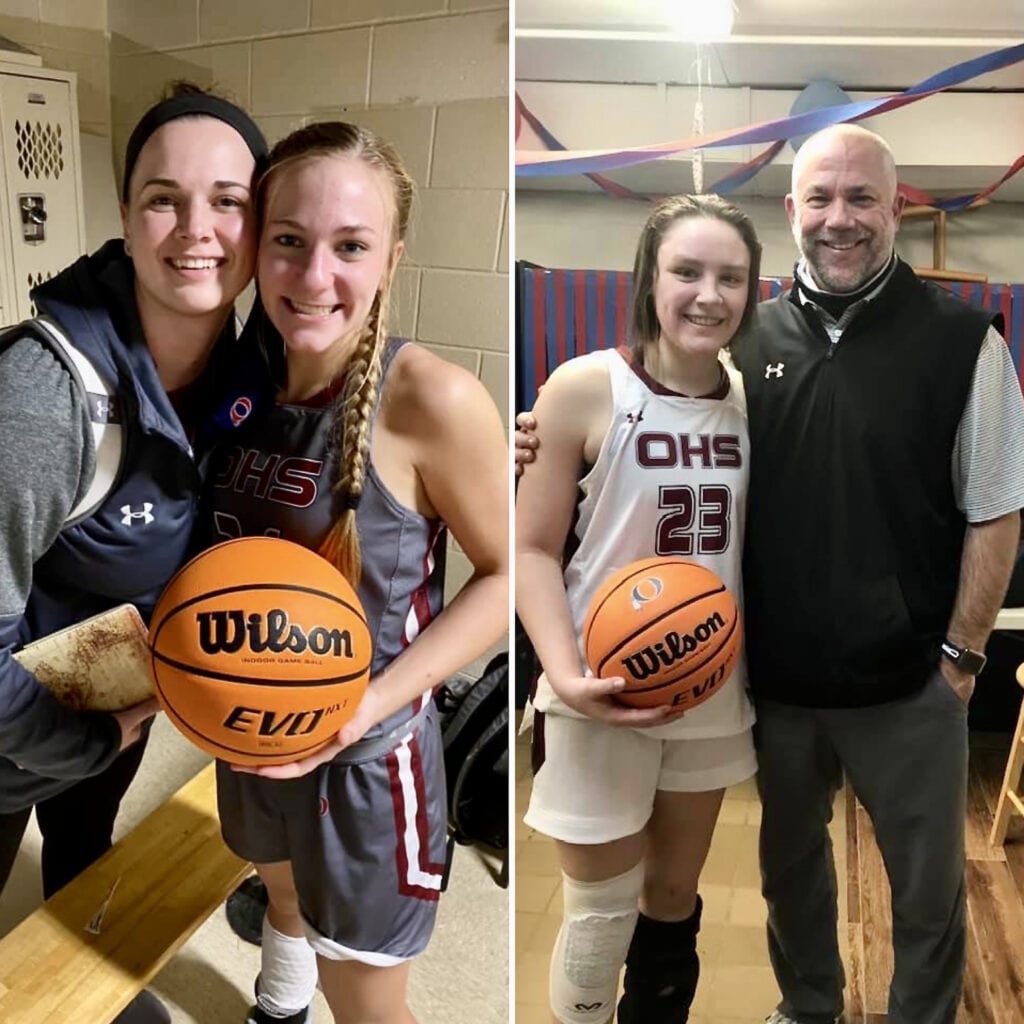 The Lady Redskins’ season ended Saturday in Hamilton as they lost 47-59 to the Lady Aggies in Sub Regionals. This young team finished the regular season as the top team in Class 4A Area 12.

“This group has been amazing this year,” coach David Elrod said. “So much fun to coach and their ability to adjust and navigate a difficult season has been inspiring. They finished the regular season 20-6 after starting 1-3. I’m so proud of this team.”

Two of his athletes hit a special milestone this season. Both Teagan Hartman (above left) and Baylor Phillips (right) reached 1,000 points. Hartman, a senior, reached 1,000 on Nov. 17 against Cleveland. She scored 19 points in that game.

“She is one of the most relentless kids I know,” said assistant coach Alex Strickland. “Competitive, hardworking, and determined.”

Hartman’s season was cut short with a knee injury in December. She finished her Redskin career with more than 1,000 points and more than 550 rebounds.

“Without the injury, she would have surpassed the 600 [rebounds] mark,” Elrod said. “She has an incredible drive to be successful. She will bounce back stronger than ever. She’s just that type of person.”

Phillips scored 26 against Southeastern on Jan. 4 to reach her 1,000th point.

“It’s not very often players reach this milestone,” Elrod said. “I’ve been blessed enough to see two on our team reach it this year. The incredible thing about Baylor is that she is only a sophomore. She is a quiet assassin on the court.”