‘Turn it over and see what you’ve got’

by Roger Thorne and Jenna Wood 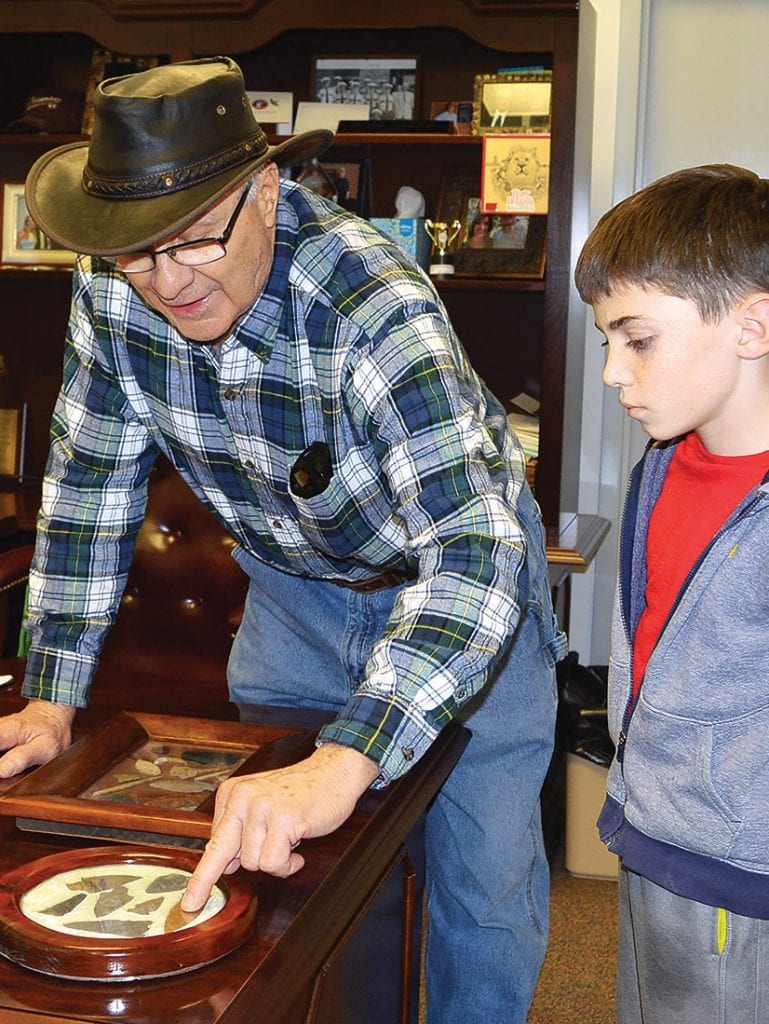 Walking into the office of Oneonta Mayor Ross Norris is like taking a step back in history, sometimes ancient history. Norris is an avid collector of arrowheads and other native artifacts, a hobby he began in 1979.

Norris has an impressive display of about 750 arrowheads, drill bits, pottery pieces, ornaments, fishing net weights, needles made from bones, and other relics in his office. He said he has another 2,000 pieces at home. He and collector friends made the “finds” here in Blount County, north Alabama, and in middle Tennessee over the years.

Some date as late as a few hundred years ago, but some are from the Paleo Indian period, dating back thousands of years, maybe as many as 40,000. Most are what he called “surface finds” where no digging was needed. Sometimes, he said, as you walk along and see a piece of flint, “you’ve got to turn it over and see what you’ve got.”

Norris jokingly calls his hobby “an illness.” When he was still actively involved, he and his friends would get up early on a Saturday morning, drive a few hours, hunt all day, stay overnight, and hunt some more before heading home. He can explain with the ease and confidence of an expert the different types of “points” or arrowheads. It is those differences that allow archeologists and anthropologists to give approximate dates of origin.

Norris enjoys sharing his knowledge, especially with young people old enough to have an appreciation, interest, and understanding of the significance of his finds. In the past he has taken displays to classrooms and the library where he challenged students to think about the person who made the artifact and how it was used. Norris is still willing to make presentations and can be contacted at city hall (205-274-2150).