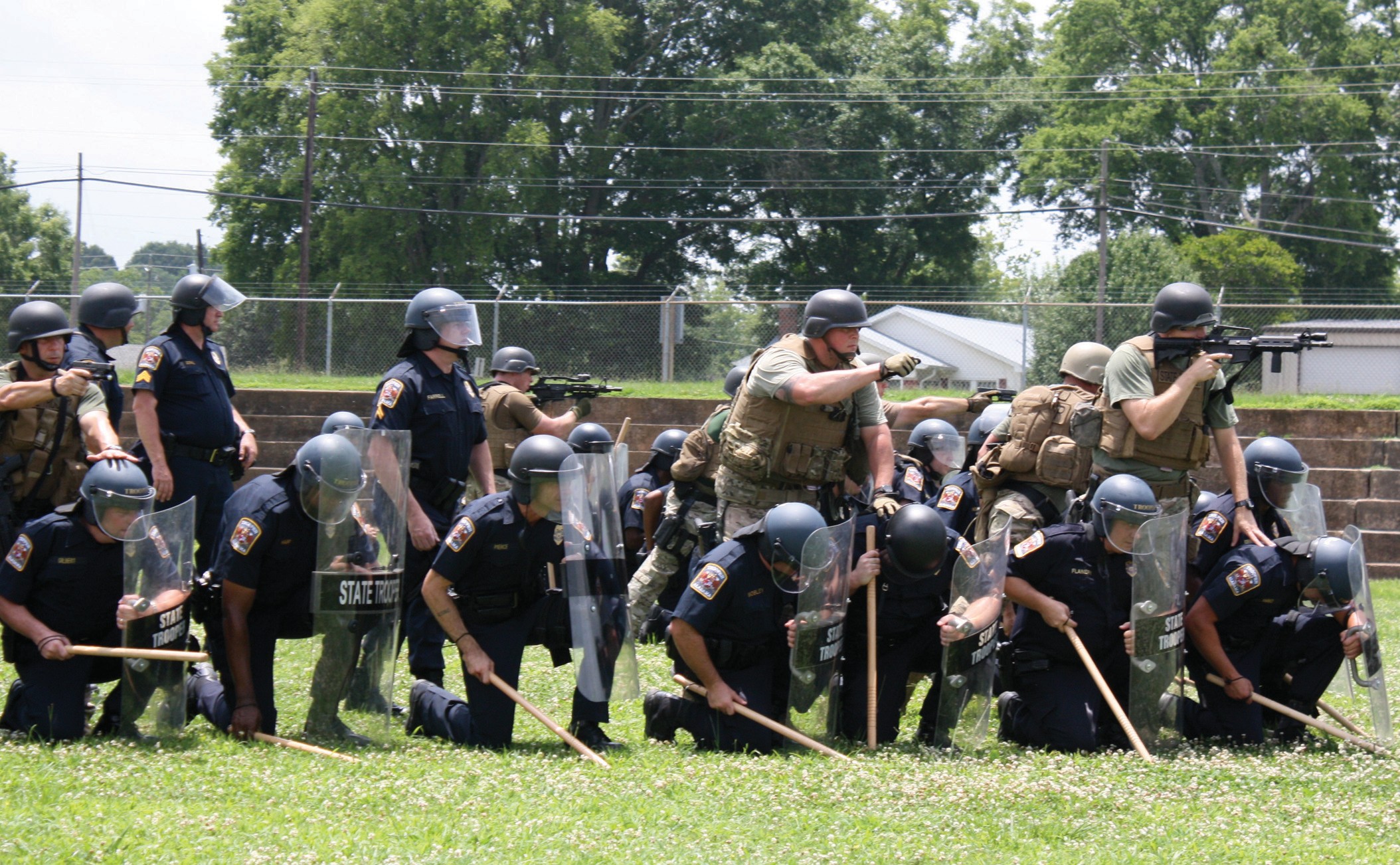 On Thursday, June 27, approximately 100 state troopers from the north and north central platoons conducted their annual crowd control training at the Blount County-Oneonta Agri-Business Center. According to Lt. Allan Battles of the Alabama Department Highway Patrol, the two platoons involved in the training stay current on what to do if crowd control is needed. Most recently, the troopers have been more involved in situations like tornado and hurricane disaster relief. After these types of situations occur, the platoons assist in closing roads, directing traffic, unloading trucks, providing security, and other activities during and after the disaster. Battles says this is the first time he can remember the crowd control formation training being conducted in Oneonta, but he said it was a good choice because of its central location. Troopers traveled from as far away as Tuscaloosa, Gadsden, and Talladega. – Nicole Singleton