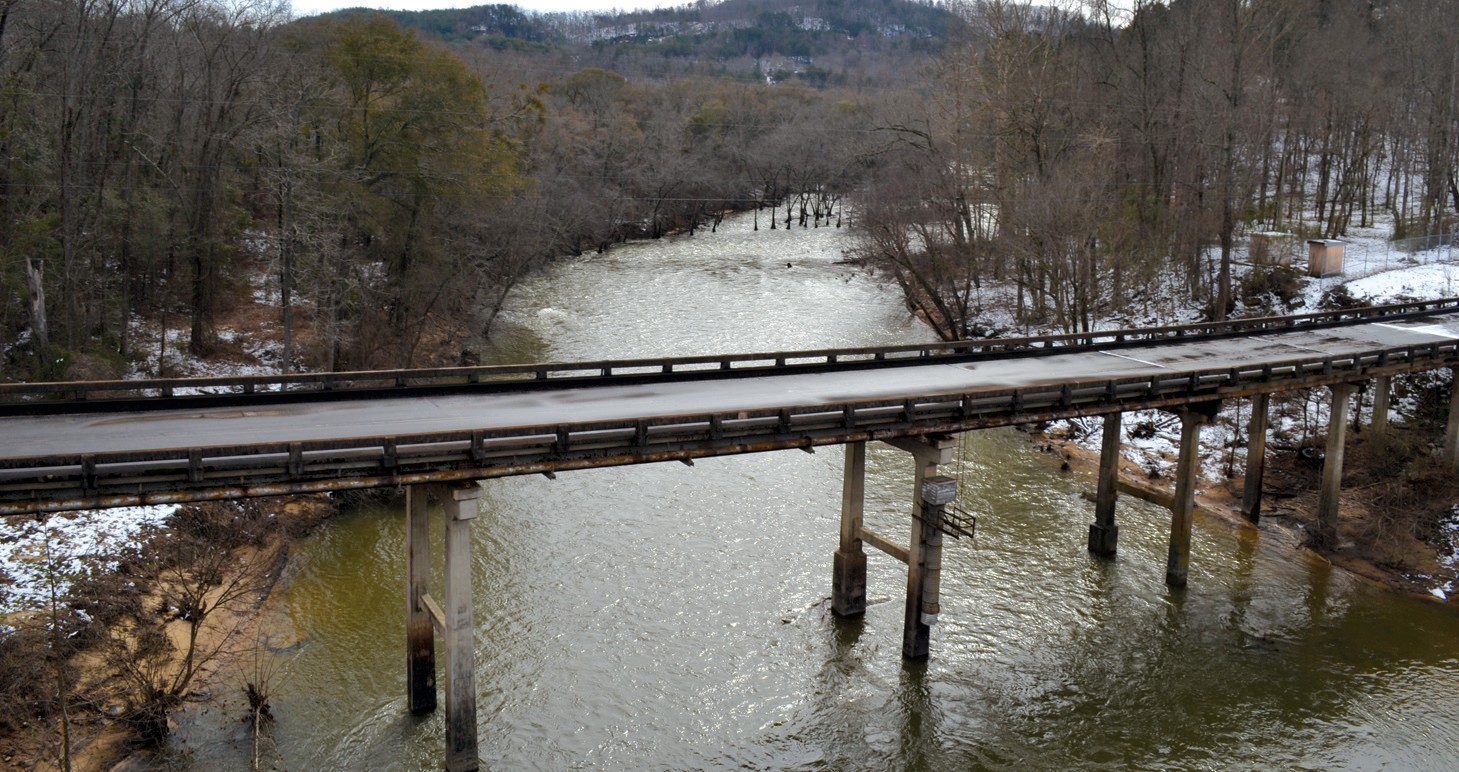 Most of Cleveland’s Town Hall meeting last Thursday was taken up by a lengthy, sometimes heated, discussion of Blount County’s plan to convert the old U.S. 231 bridge across the Locust Fork River north of town to a tourist destination, while preserving more concrete benefits for the town of Cleveland.

But not everyone agrees with the plan. Landowners Allan and Susan Bryan, who own property adjoining the bridge right-of-way, have steadfastly opposed the tour-ism plan, partly because they say they have been left out of any discussion of the plans for the bridge, and partly because the bridge and the access its right-of-way provides to the river attract an undesirable element of people. They congregate late at night, drinking and littering the area with bottles and garbage which no agency of government bothers to clean up, Allan Bryan said.

“The bridge site is a dump, and no one takes care of it or patrols it,” Bryan said.“And it’s in my front door,” he added. He said later that one transient who lived or stayed under the bridge for a while later stole a vehicle and other items from his barn.

When others spoke favorably of developing the recreational attributes of the site, Susan Bryan quickly interjected:“You would have a different opinion if it was in your front door.”

According to current plans, the old bridge would be rehabilitated with an overlook built onto the bridge at the midway point, giving a scenic view of the river below. A pedestrian walkway would be added, overlaying the original highway surface. The walkway would be further enhanced with a decorative railing and benches along the sides, and signage highlighting the natural and other features of the site. Other amenities would include provisions for launching access to the river for canoers and kayakers.

But there are other problems with that vision. The status of the old bridge and decision-making on what to do with it when it was abandoned following completion of the new bridge across the river, has a bit of a complicated history, going back nearly a decade. At one point in the early going, the idea was to simply demolish it. But three different utilities – water, gas, and telecommunications – had facilities attached to the bridge which would have to be relocated or otherwise accommodated.

For a brief period, the prospect of federal highway funding was involved, according to historical background that came out during discussion. At that point, it was thought federal monies could be used to demolish the bridge and pay the hefty costs – said to be more than $2 million – to relocate the pipeline bringing water to Cleveland by tunneling under the river. The Bryans still strongly believe that should have been done when it was possible.

“We need the bridge gone,” Allan Bryan said.“The state and county worked it out where the state could get out of it. That was the biggest wrongdoing.”

In 2013, The Blount County Commission entered negotiations with the the Alabama Department of Transportation, gaining a $658,000 credit against it’s ATRIP program to repair county farm-to-market roads and preserving Cleveland’s waterline on the bridge as well – in exchange for assuming ownership of the bridge.

The idea of further using the bridge to enhance the tourism potential of the Locust Fork River was born during the two-year negotiation process.

Cleveland Mayor Jerry Jones and Blount County Commissioner Dean Calvert expressed regrets to the Bryans and tried to persuade them to meet with town and county officials in an effort to correct problems the property owners raised.

“You should have talked to us a long time ago,” Allan Bryan said.“It’s too late in the game now.”

The Blount County Commission applied for a state grant last year to fund development work on the bridge to transform it for tourism purposes. The $400,000 grant carried a $100,000 matching requirement. The Cleveland Town Council unanimously pledged funds equivalent to half of that requirement. The application was turned down last year, but will be submitted again this year with several minor corrections.

Jim Felder, executive director of the Alabama Scenic River Trail, who advised to county on improving the application, said he believes it will be approved this year.