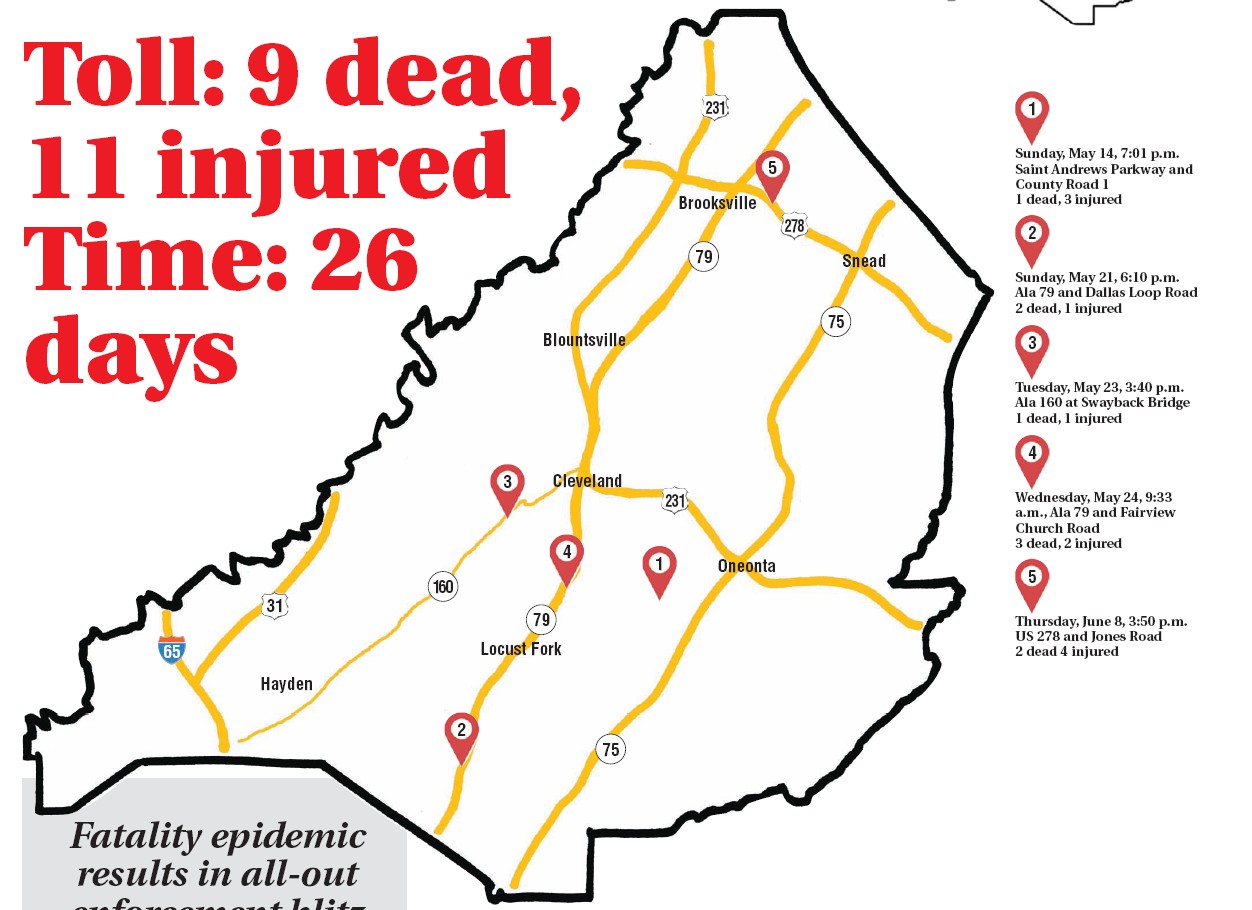 Daniel said state troopers arrested two persons for trafficking in methamphetamine. Two others were arrested on outstanding warrants, including one on an indictment from Cullman County on first degree sexual abuse.

“We’re hoping people will have the perception that they can’t just drive any way they choose. They can expect there will be troopers working overtime out there to enforce violations that cause wrecks. Blount County is on the radar now. We’ll be working extra shifts to continue the awareness of factors like speed and distracted driving that contribute to injuries and death. In my eight years’ experience, I don’t know of another time when we’ve had so many fatalities in such a small area in such a short time,” Daniel said.

Daniel added that there are other counties in the general area that have also had an unusual number of fatalities, including Cullman, Calhoun, and Cleburne counties.