‘To get along you have to go along…’ 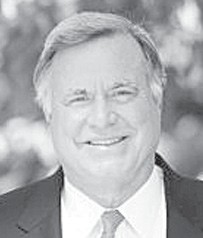 Sam Rayburn, the legendary speaker of the U.S. House, coined a famous phrase he used often and imparted to young congressmen when they would arrive on Capitol Hill full of vim and vigor.

He would sit down with them and invite them to have a bourbon and branch water with him. The old gentleman, who had spent nearly half a century in Congress, after hearing their ambitions of how they were going to change the world, would look them in the eye and say, “You know here in Congress there are 435 prima donnas and they all can’t be lead horses.” Then the speaker in his Texas drawl would say, “If you want to get along, you have to go along.”

Rayburn ruled as speaker during the Franklin Delano Roosevelt post-Depression and World War II era. The Democrats dominated Congress and Mr. Sam could count on the big city congressmen from Tammany Hall in New York and the Chicago machine politicians following the Democratic leadership because they had gotten there by going along with the Democratic bosses who controlled the wards that made up their urban districts. But the country was still rural at that time and Mr. Sam would have to invite a backsliding rural member to his board of education meeting in a private den in the basement of the Capitol and occasionally explain his adage again to them that in order to get along you have to go along.

One of Rayburn’s young pupils was a freshly minted congressman from Alabama’s Tennessee Valley. Bob Jones from Scottsboro was elected to Congress in 1946 when John Sparkman ascended to the U.S. Senate.

Speaker Rayburn saw a lot of promise in Jones and the ole Texan invited Jones to visit his Board of Education meeting early in his first year. He calmly advised Jones to sit on the right side of the House chamber in what Mr. Sam called his pews. He admonished the young congressman to sit quietly for at least four years and not say a word or make a speech and to always vote with the speaker. In other words, if you go along you will get along.

Bob Jones followed the sage advice of Rayburn and he got along very well. Congressman Bob Jones served close to 30 years in Congress and he and John Sparkman were instrumental in transforming the Tennessee Valley into Alabama’s most dynamic, progressive and prosperous region. They spearheaded the location and development of Huntsville’s Redstone Arsenal. Bob Jones was one of Alabama’s greatest congressmen.

At the time of Jones’s arrival in Congress in 1946, we had nine congressional seats. By the time, he left in the 1960s we had dropped to eight. We now have seven. Folks, I hate to inform you of this but population growth estimates reveal that we are going to lose a seat after the next census in 2020.

Our current seven-person delegation consists of six Republicans and one Democrat. This sole Democratic seat is reserved for an African American. The Justice Department and courts will not allow you to abolish that seat. Reapportionment will dictate that you begin with that premise.

The growth and geographic location of the Mobile/Baldwin district of Bradley Byrne cannot be altered, nor can the urban Tennessee Valley 5th District, nor the Jefferson/Shelby 6th District. They are unalterable and will also reveal growth in population. Our senior and most powerful congressman, Robert Aderholt’s 4th District has normal growth and you do not want to disrupt his tenure path. Therefore, the odd man out may be a woman. It is conjectured that Martha Roby’s 2nd District is the one on the chopping block. The 2nd and Mike Rogers’s 3rd District will be combined into a new 2nd District.

However, Roby may exit before she is carved out. She made a colossal blunder in 2016 by denouncing and publicly stating that she was not going to vote her party’s GOP nominee, Donald Trump. The fallout was devastating and she has become a pariah in her Southeast Alabama district. It is one of the most conservative and pro-Republican districts in the state.

She may survive 2018 because any serious challenger who has their own money to buy the seat may be wise enough to realize that district will not be here in four more years. It will be over in Georgia around Atlanta.