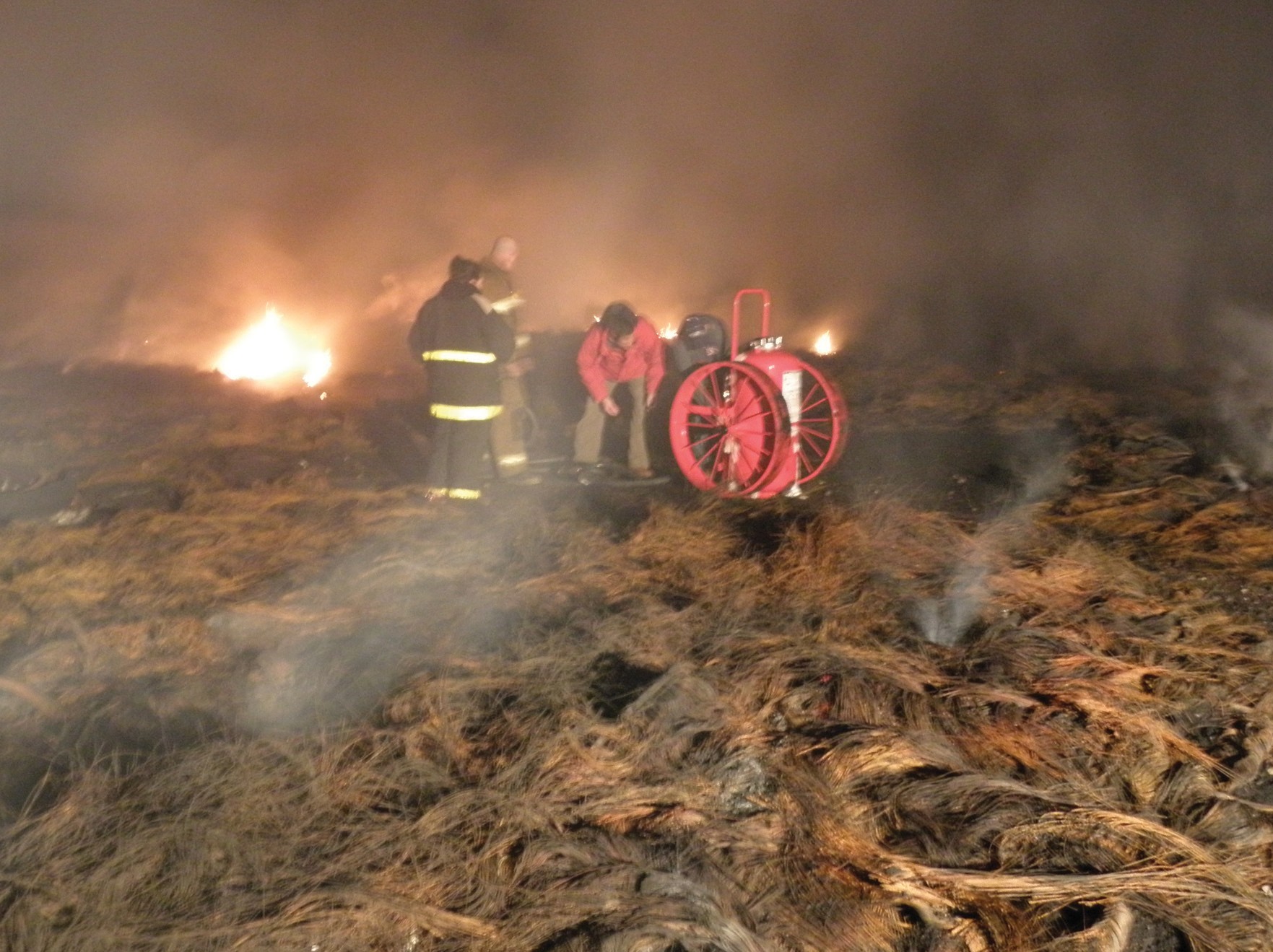 Firemen from the Dallas-Selfville Fire Department and a representative of Amerex Corporation prepare after dark to test an extinguishing agent on a scrap tire fire that began last Wednesday on County Line Road about a mile west of its junction with Ala 75. The massive column of roiling black smoke was seen Wednesday afternoon by observers as far away as St. Clair and Cullman counties.

The fire occurred at 1031 County Line Road, on property owned by William Harris, leased to William Stewart, and used to store scrap tires, according to information provided by the the Blount County Emergency Management Agency and the Alabama Department of Environmental Management, both of whom responded to the fire, along with the forestry commission, Sheriff ’s department, and seven fire departments, five of them from Blount County.

The fire was said to have started as a grass fire, then spread into the area where a huge pile of scrap tires were dumped, said to be awaiting transport to other landfills. The flames were knocked back by attending fire departments so as not to threaten surrounding property, but the pile was still smoldering the next day.