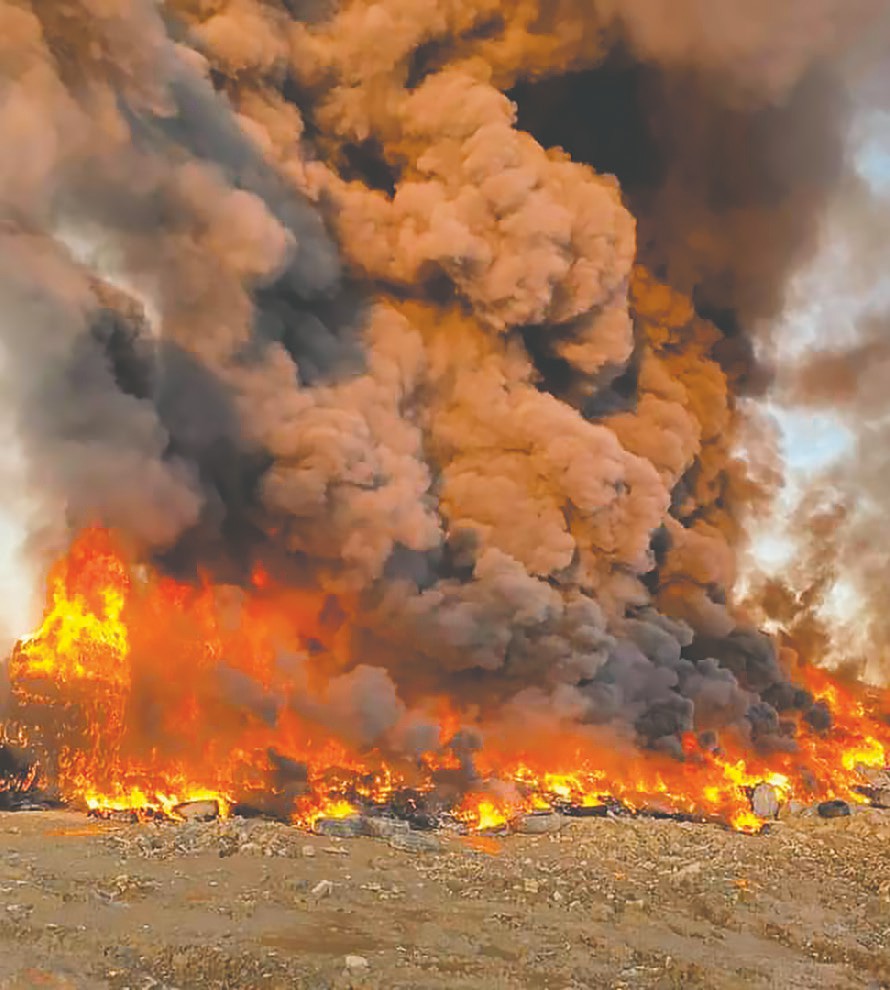 An approximately one-half acre fire at a tire and construction material landfill on County Line Road billows smoke visible all across the county Saturday. The blaze was fully extinguised by Sunday morning. -James Spann | Facebook

As dusk settled Saturday, May 8, heavy smoke could be seen throughout Blount County and beyond. It was soon discovered that a fire had erupted at a tire and construction material landfill on County Line Road.

Locust Fork, Dallas-Selfville, and West Blount fire departments responded to the fire, but were unable to use water or foam to extinguish it due to the possibility of runoff into a creek near the site. Property employees from WCA Waste Corporation took immediate action by hauling in several dump loads of dirt in an effort to put the fire out.

WCA general manager Jonathan Williams confirmed that employees from three sites came in to help extinguish the fire. They were on the scene within the hour and began taking steps to get it under control. Although it was a long night, the fire was contained within three hours and fully extinguished by early Sunday morning.

Williams noted that because of landfill materials, the company has to be ready for emergencies such as a fire. They have to be capable to begin putting out a fire within minutes. Williams said, “It was a small, hot fire covering approximately one-half acre. Because it was nighttime, it looked a whole lot worse than it actually was.”

The cause of the 5:30 p.m. fire is unknown at this time, but Williams has no reason to believe it was intentionally set. He noted that anything such as a discarded 9-volt battery could start a fire given the type of materials located at the landfill.