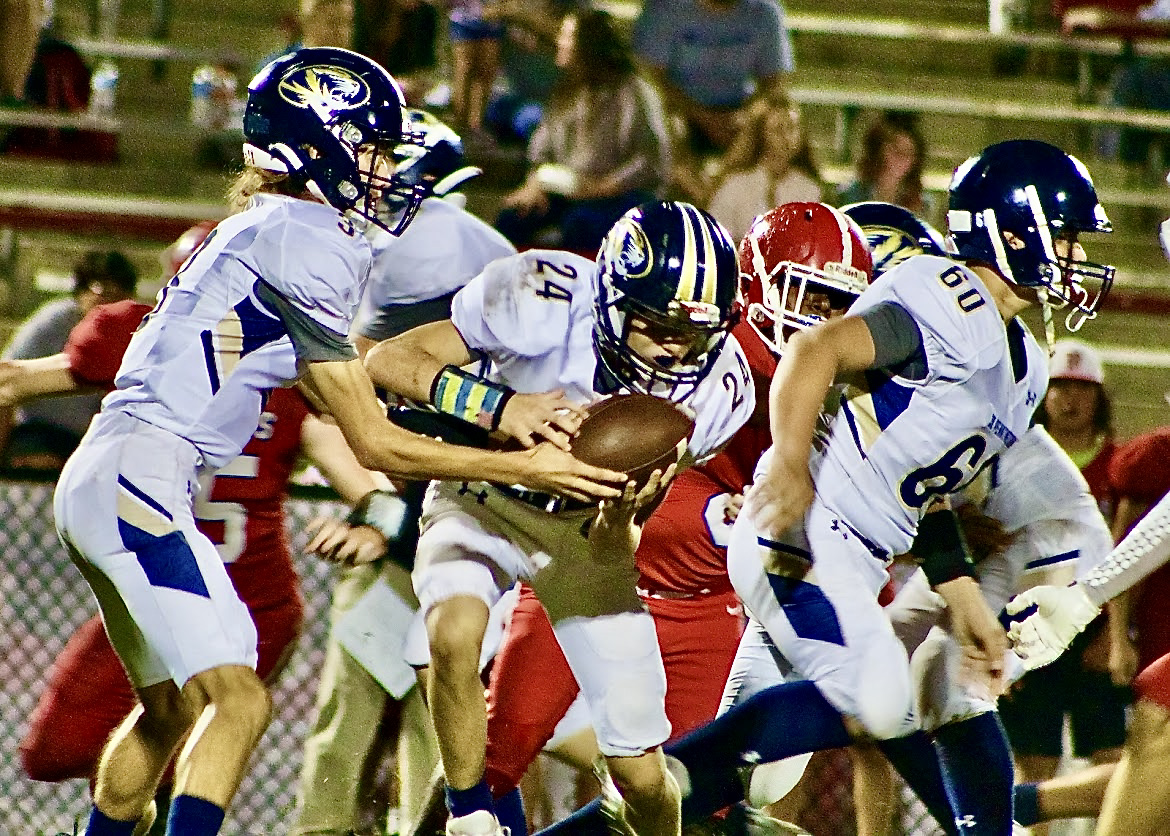 J.B. Pennington was on the road again last Friday, this time traveling to Vinemont for a 3A Region 6 match up with the Eagles. Solid play on offense, defense, and special teams led the Tigers to a 49-6 victory.

After a scoreless first quarter, Isaac Lara scooped up an Eagle fumble, running 65 yards to put the Tigers on the board. Jose Serrano’s kick made it 7-0. Next, it was the offense’s turn to put up some points. Hayden Floyd hit J.J. Ortiz for an 18-yard touchdown. Another successful Serrano kick made it 14-0.

The next points came courtesy of the Tigers’ special teams play. Dawson Phillips broke free and blocked a Vinemont punt. Micah Graves scooped the ball up and took it 65 yards for a score. Josh Marquez put six more points on the board with a 5-yard run into the end zone. Before the end of the first half, Floyd found Jaxon Timmerman on a 75-yard bomb to give the Tigers a 35-0 lead.

In the third period, the Tigers put another 14 points on the board. The first came on a 25-yard TD pass to Dillion Arnold. John Williams ran the next one in from the 18-yard line. Serrano got both extra points through the uprights for Pennington’s 49 points. 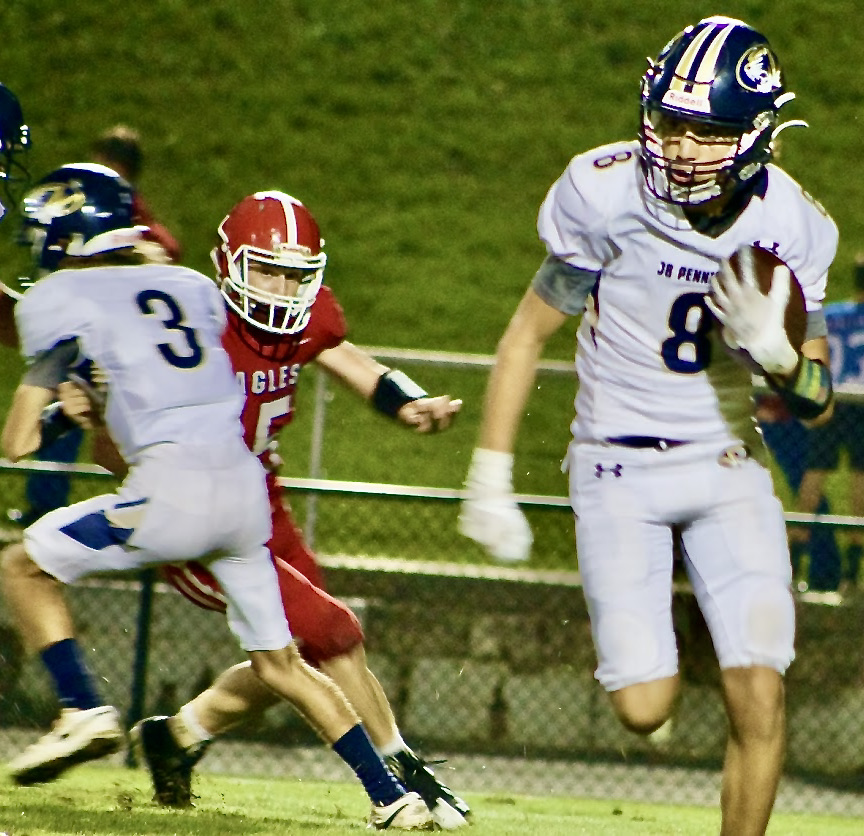 With time winding down, the Eagles finally got on the board when Toby Hill scored on a 3-yard run. Vinemont couldn’t convert the two-point play giving the Tigers the 49-6 victory.

Pennington finished the game with 447 yards on offense – 185 yards through the air and 262 on the ground. Floyd completed 7-of-11 for 167 yards and three touchdowns. Billy Pezeka went 3-for-3 for 18 yards. Timmerman led the receivers with 114 yards on four receptions and a touchdown. Ortiz caught three passes for 30 yards and a score while Arnold’s one reception for 24 yards was good for a touchdown.

Running backs were led by Marquez who racked up 95 yards on six carries for a touchdown. Floyd had five carries for 85 yards; Williams carried the ball three times for 27 yards and a touchdown; Graves got 26 yards on three carries; and Duckett finished with 23 yards on two carries.

The Tiger defense played solid for four quarters. The starters gave up only 41 yards on the ground. For the game, Vinemont rushed for only 97 while the Tigers held the passing attack to 73 yards for a total of 170 yards allowed. Isaac Murphree led the defense with 13 tackles, one TFL. Sanderson finished with 11 tackles; Williams had 10 with one TFL; Allred had nine tackles with one TFL and one forced fumble; and Phillips had eight tackles and a sack. Lara recovered two fumbles, returning one for a score.

Pennington is now 2-0 on the season, 1-0 in region play. They host 1-1 Holly Pond Friday. The Broncos lost their region opener against Oakman 0-45.