Tigers tame Bulldogs to advance to round two 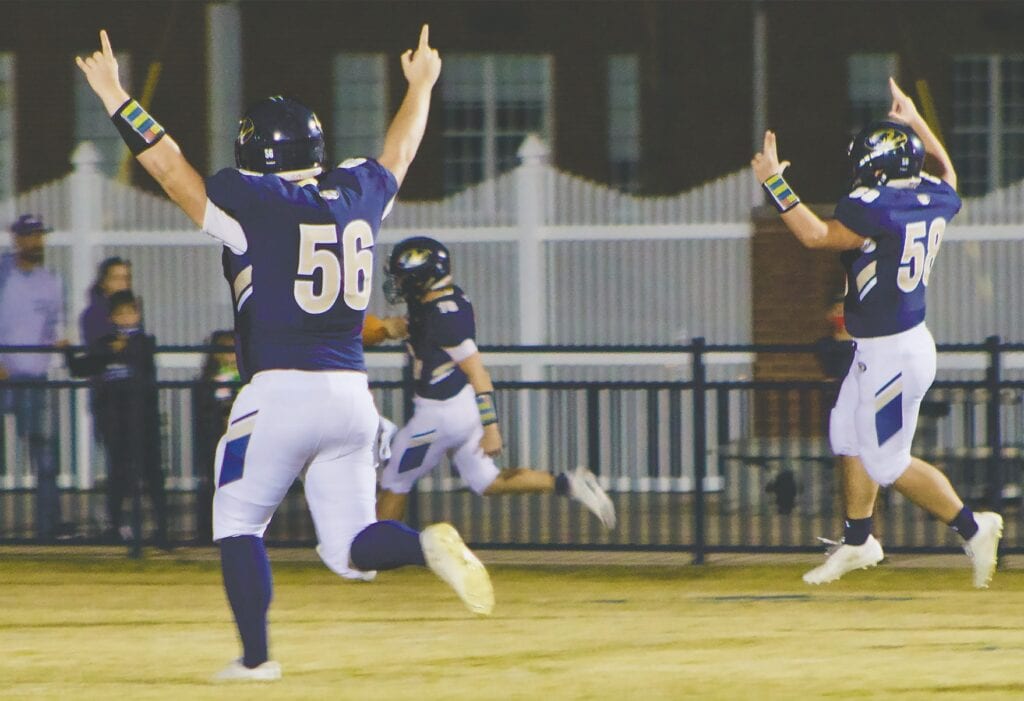 After securing the No. 2 spot in Class 3A Region 6, the J.B. Pennington Tigers hosted the Geraldine Bulldogs (6-4) Friday night. Pennington came away with a 41-14 win to keep their season alive. The Tigers racked up 517 yards in a balanced attack with 286 yards through the air and 231 on the ground. Defensively, Pennington shut down the Bulldog passing game giving up only 31 yards.

Pennington put up 26 points in the first half. They took a 7-0 lead into the second quarter. In 12 minutes of play, the Bulldogs put up 14 points while the Tigers added 19 of their own. It was all Pennington in the second half. They added eight in the third and seven more in the fourth.

John Williams led the Tiger rushing attack with 114 yards and three touchdowns. Matthew Smith added another touchdown on the ground making the most of his one carry for the game. Austin Wiggins added 66 yards and Hayden Floyd finished up with 49.

Floyd was 18-of-31 for 286 yards passing. Two of those completions went for touchdowns. Smith, who caught two for 49 yards, and Jaxon Timmerman, five receptions for 58 yards, caught the TDs. Heptinstall was the leading receiver with 164 yards on 10 receptions. Heptinstall was also on the receiving end of a Floyd pass on a successful two-point conversion. 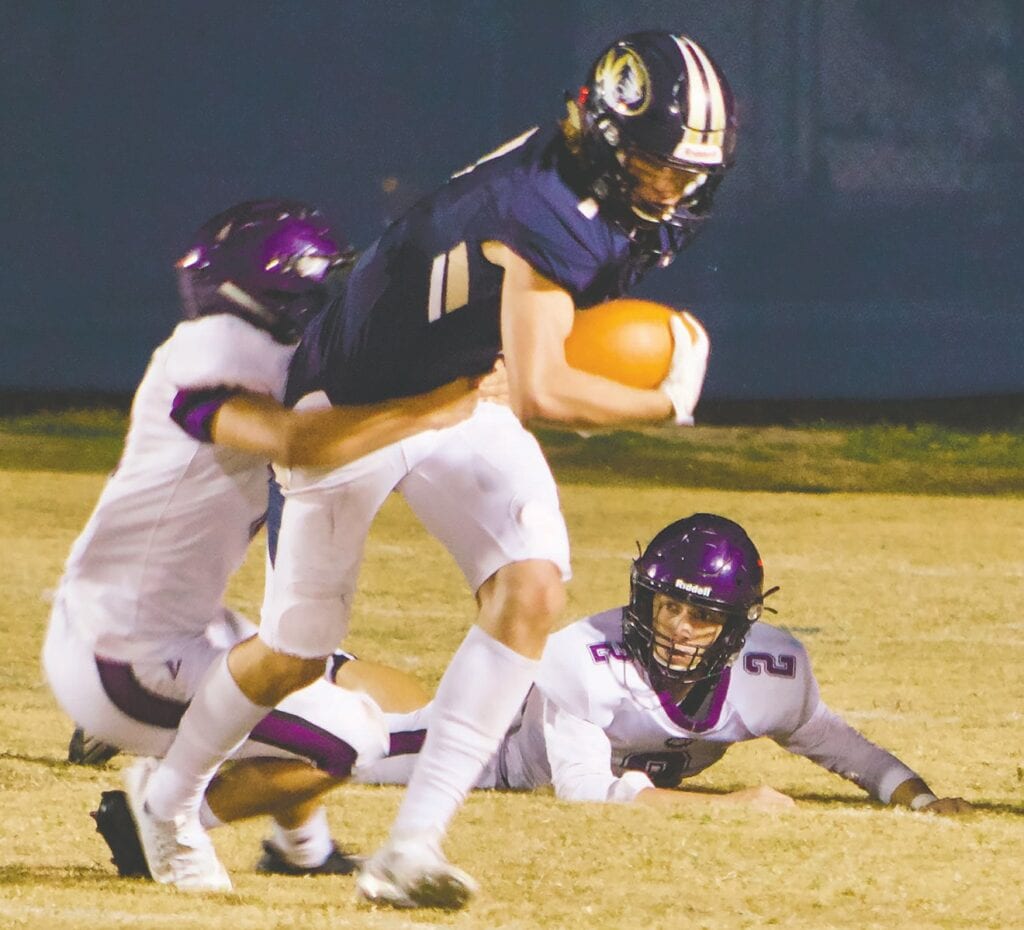 Sawyer Heptinstall leaves one Geraldine defender on the turf and drags another for a gain. -Jennifer Cassity

Up next for the Tigers are the Saks Wildcats, who beat East Limestone 22-15 on the road Friday. The Tigers, who are now 9-3 with a 4-1 road record, travel to Saks, who are 4-1 at home this season. Offensively, the Tigers have a slight edge outscoring their opponents 384-166 while Saks has outscored theirs 297-161. For fans wanting to attend Friday’s game, visit www.gofan.com. Only electronic tickets will be sold and the number of tickets is limited.