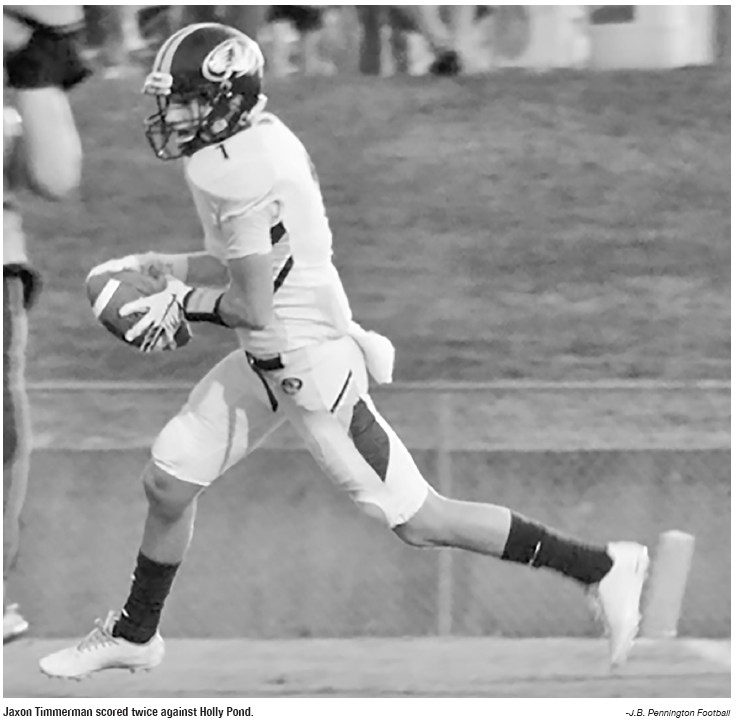 The J.B. Pennington Tigers traveled to Holly Pond Friday and handled business early and often as they came away with a 56-8 win over the Broncos.

Dawson Tinker forced a fumble and recovered the ball for the Tigers on the opening kickoff. Two plays later, Hayden Floyd hit Jaxon Timmerman on an 8-yard touchdown pass. A quick three and out led to Floyd hooking up with Sawyer Heptinstall on a 62-yard touchdown bomb. A two-point conversion run by Austin Wiggins put the score at 14-0. 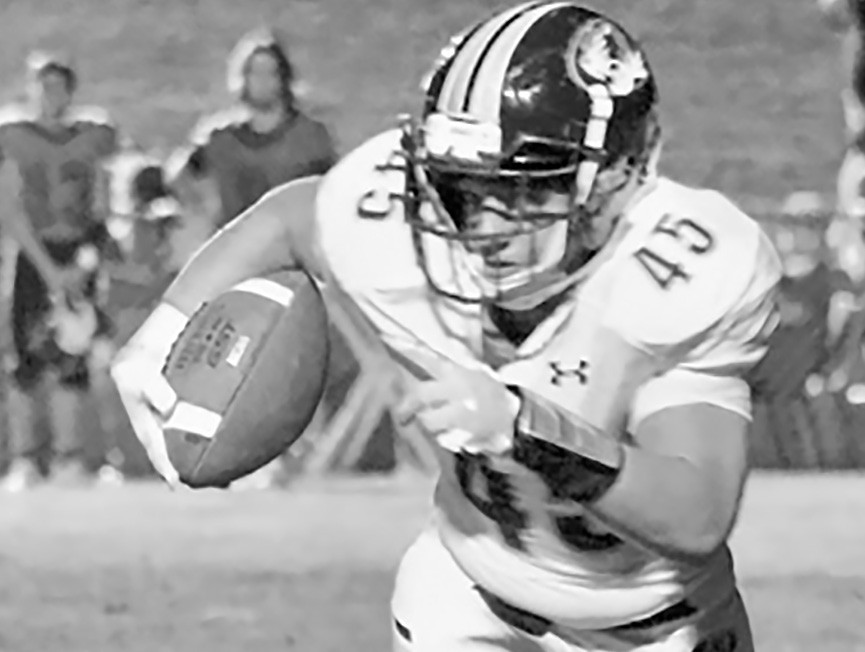 The second half was determined by the coaches to be a running clock so the junior varsity played the entire second half for the Tigers. Holly Pond was able to score on a 77-yard touchdown run by Austin Marsh and a two-point conversion by Gavin Phillips to end the scoring.

John Williams led the defense with 11 tackles. Chris Allred had 10 tackles, five of them for a loss, three sacks, and caused three fumbles. Matthew Frost also chipped in with seven tackles.

The Tigers will host Oakman Friday night in a big region match up. Kickoff is at 7 p.m.