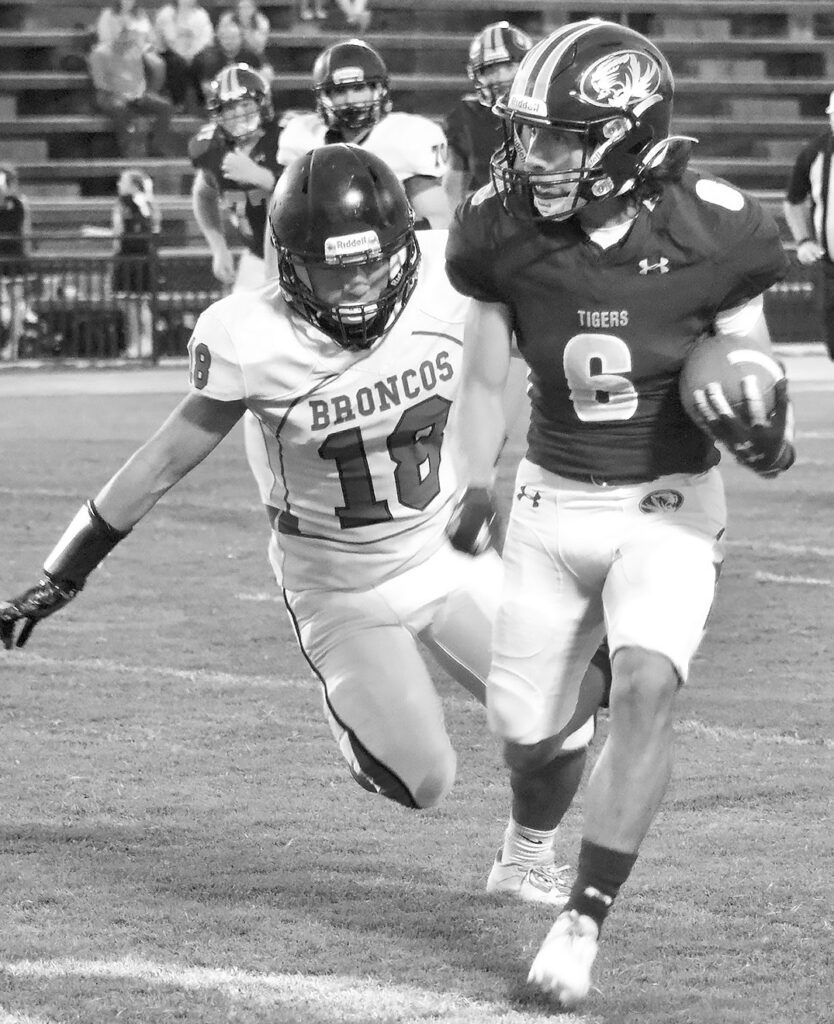 J.B. Pennington’s Josh Marquez evades a Holly Pond defender and adds to his 94 rushing yards for the night. -Jennifer Cassity

After starting the season with two road games, the J.B. Pennington Tigers finally played at home Friday, hosting Holly Pond in a region match up. After beating Vinemont 49-6 in their region opener, the Tigers followed with a 49-6 win over the Broncos to remain undefeated.

The Tigers offense continued to rack up the yardage with 523 in the game. It was a balanced attack Friday as they ran for 259 yards and passed for 264. Defensively, the Tigers continued to stifle the opposing offense. Last week they gave up just 141 yards holding the Broncos to 81 on the ground and 60 through the air.

Pennington got the first points of the game on Hayden Floyd’s 5-yard pass to Jaxon Timmerman. Jose Serrano got the extra point to make it 7-0. Floyd hit Timmerman again, this time for a 20-yard touchdown. Another Serrano kick made it 14-0. The Broncos got on the scoreboard before the quarter ended. They failed to convert the two-point play. At the end of the first, Pennington was up 14-6. 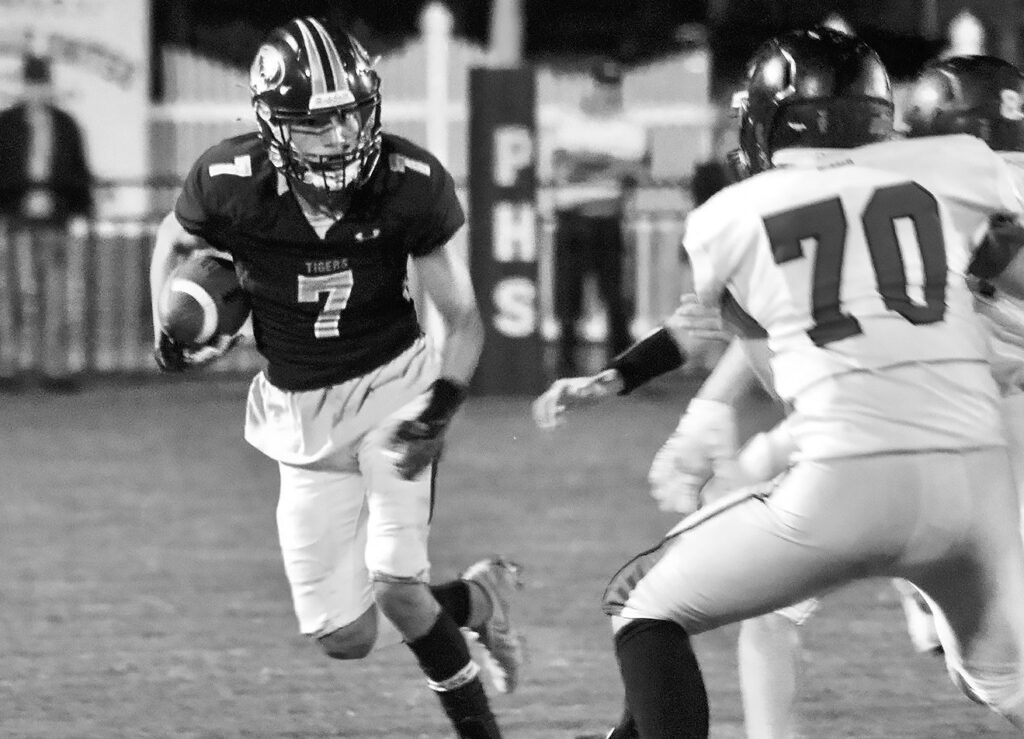 It was all Tigers the rest of the game. In the second quarter, Floyd’s 4-yard pass to Drake Sanderson was good for another Tiger touchdown. John Williams then ran one in from 25 yards. Serrano made both extra points for a score of 28-6 at the half.

In the third quarter, Floyd had two more touchdown tosses. The first was to Carter Heptinstall for 5 yards and the other to Josh Marquez for 40 yards. The final touchdown came on Marquez’s 65-yard run. Serrano finished the night a perfect 7-for-7 after kicking the final three extra points giving the Tigers the 49-6 win.

With 13 tackles, Williams anchored the Tiger defense. Chris Allred finished with 10 tackles and three tackles for a loss while Sanderson recorded 11 tackles.