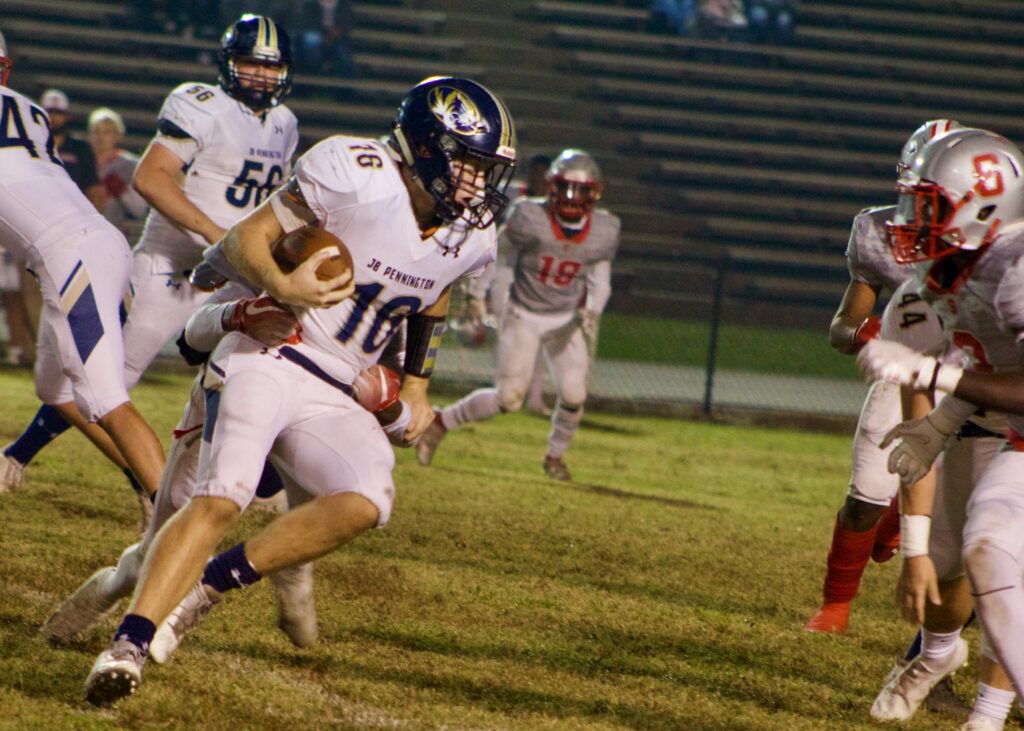 John Williams gets by a Geraldine defender. -Jennifer Cassity

A win over Geraldine in the first round of the playoffs moved the J.B. Pennington Tigers on to the second round for a matchup with the Saks Wildcats. Despite Pennington’s higher seed, the Tigers were the visiting team Friday night. Just as they have all season, the Tigers played hard from the opening kickoff to the final whistle. On Friday, though, they came up short falling to the Wildcats 14-49.

Pennington got the ball first, but struggled to move downfield. Saks scored a touchdown on their first possession, then ran it to add the extra two points for an 8-0 lead with seven minutes left in the first quarter. The Wildcats added eight more points before the end of the quarter giving them a 16-0 lead heading into the second.

The Wildcat defense continued to stifle the Tiger offense throughout the second quarter. By the end of the first half, Saks added 14 more points to extend their lead to 30-0.

Saks scored again on their opening possession of the second half to go up 36-0. The Tiger offense was determined to get points on the scoreboard. John Williams capped off a four-minute drive with an 8-yard touchdown run giving the Tigers their first points of the night. Jose Serrano’s kick was good and the score was 7-36. Saks added seven more before the end of the third. 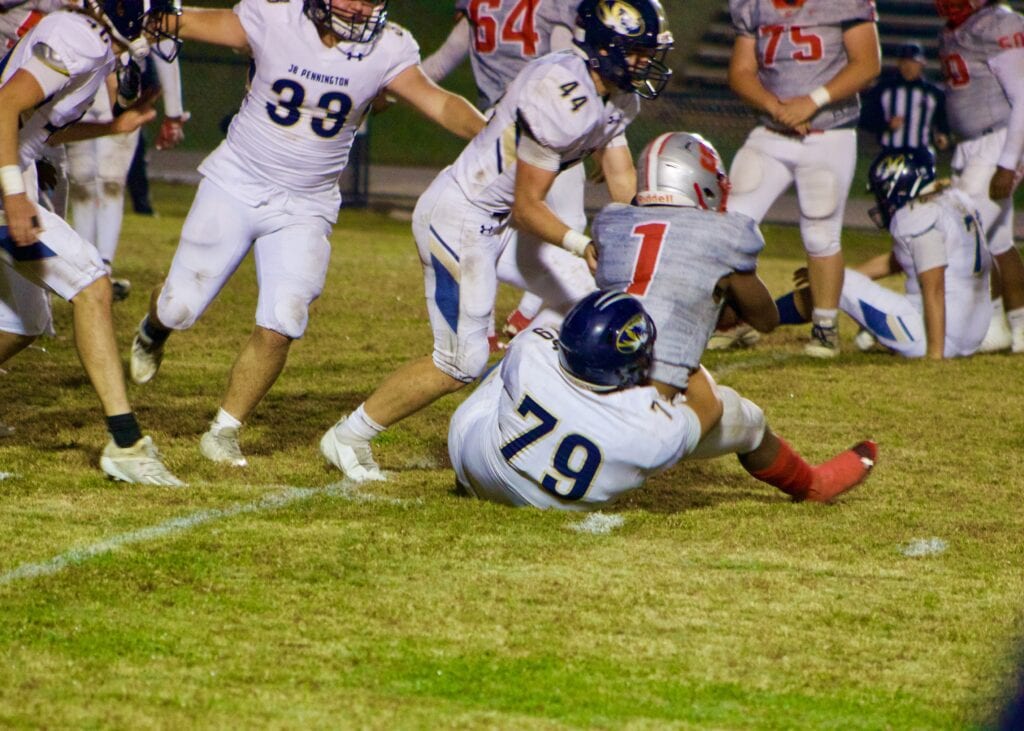 The Tigers kept fighting for yards on each possession as the game clock ticked down. With five minutes left in the game, Hayden Floyd found Parris Malone for 12 yards and the Tigers second touchdown of the game. Serrano added the extra point to give Pennington 14.

Saks held the Tigers, who averaged 326.7 yards per game, to 186 total yards. Floyd completed 12- of-26 for 81 yards, one touchdown, and one interception. Sawyer Heptinstall caught five for 25 yards. Malone scored on his lone catch. Williams led the rushing attack with 55 yards on 13 carries with one touchdown.

Just as he’s been throughout the season, Williams was the workhorse on defense finishing the game with eight tackles (five solo, three assists). Chris Allred finished with six tackles (two for loss). Malone and J.P. Graves had five tackles apiece with Malone also adding one for loss.

This Pennington Tiger team was led throughout the season by an outstanding group of seniors. Before the season started, head coach Todd Cassity said, “The strength of this team is the senior class, which is 17 strong. These seniors were seventh graders my first year at J.B. Pennington. This group has grown so much and they mean so much to me as a coach. It is a group of guys who always have a smile on their faces and keep me feeling young.”

The leadership of those 17 seniors helped the Tigers turn a 3-8 team into a 9-3 playoff team this year. Senior wide receiver Sawyer Heptinstall was a huge part of the team’s turnaround this season. He finished the season with 94 receptions for 1,193 yards and 12 touchdowns. According to MaxPreps, he is eighth in the nation in receptions. 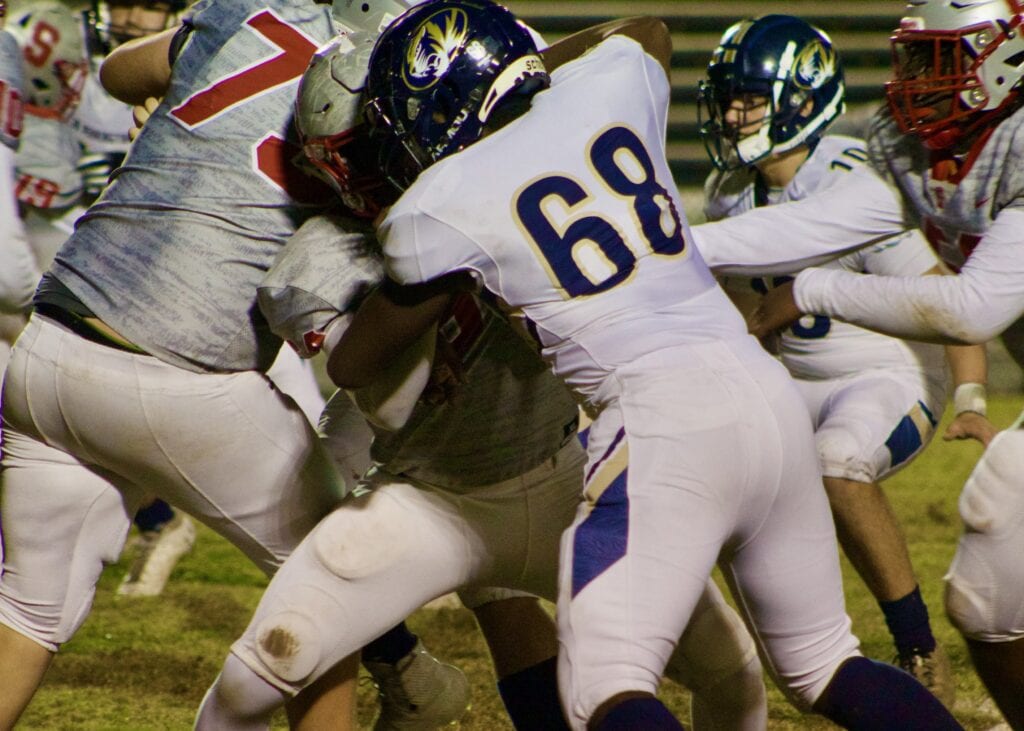 The secondary had senior leadership in Dawson Tinker, Matthew Frost, Matthew Smith, and Tim Hall. Tinker accumulated 42 solo tackles, seven assists, and one tackle for loss; Frost had 39 solo, 12 assists, two for loss, and two interceptions; Smith finished with 43 solo, 17 assists, one for loss, and four interceptions; and Hall had 14 solo, and six assists.

“They are a great group,” Cassity said. “There is a high level of pride by the way the football team presents itself and that pride is carried over to the student body. It is a blessing to me each and every day to be a part of this team.” 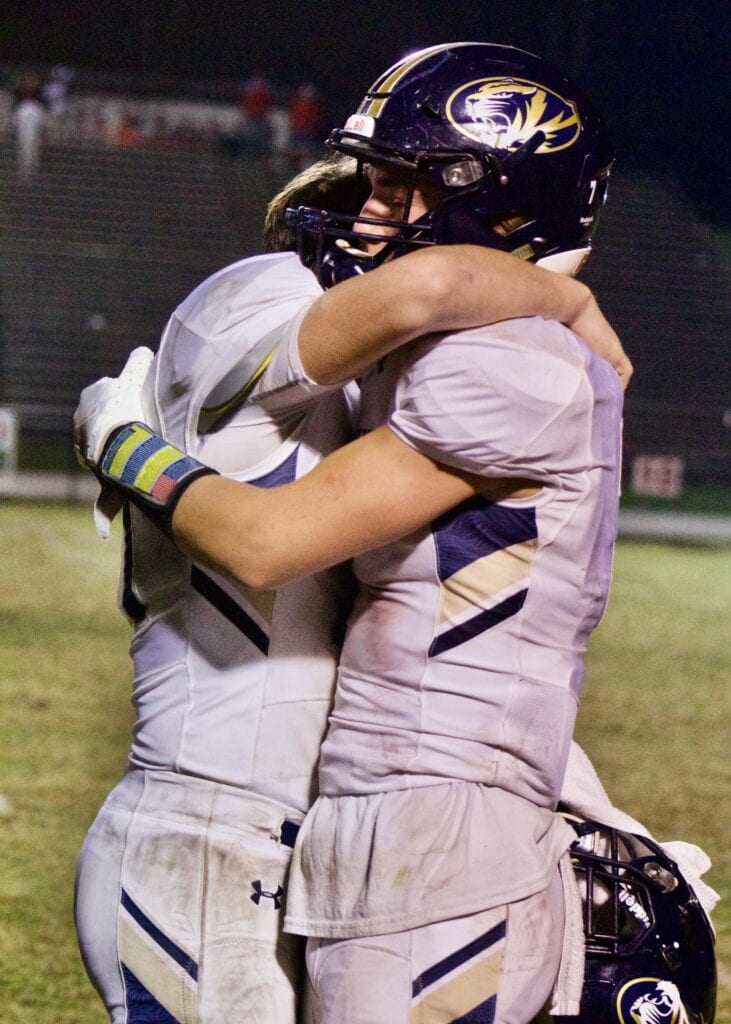 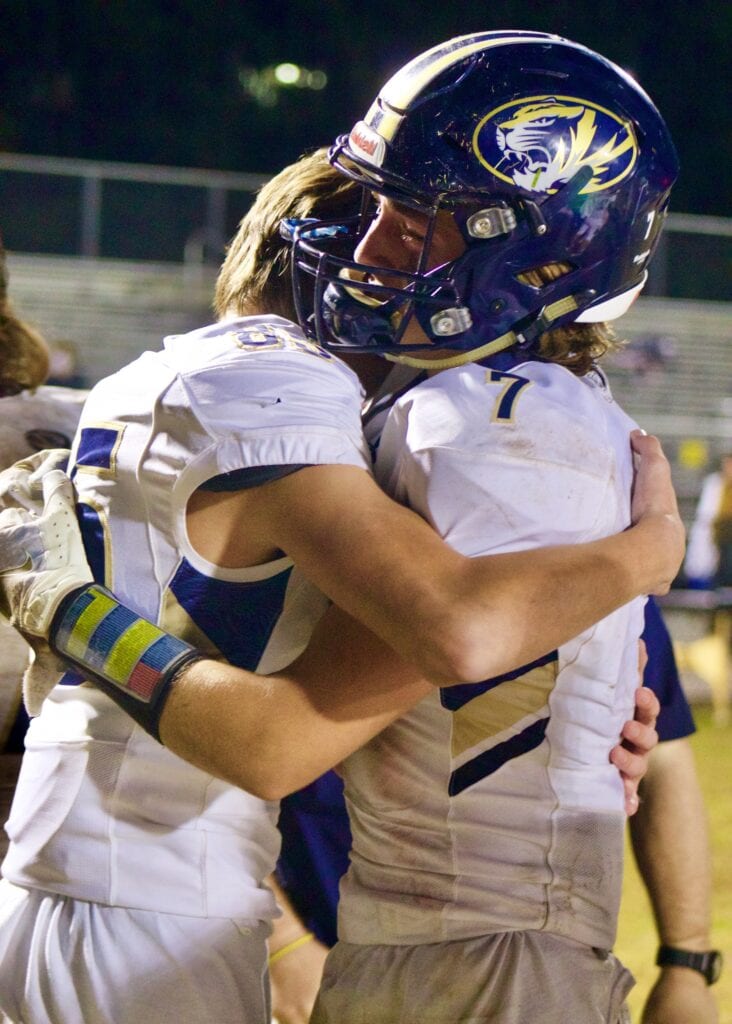 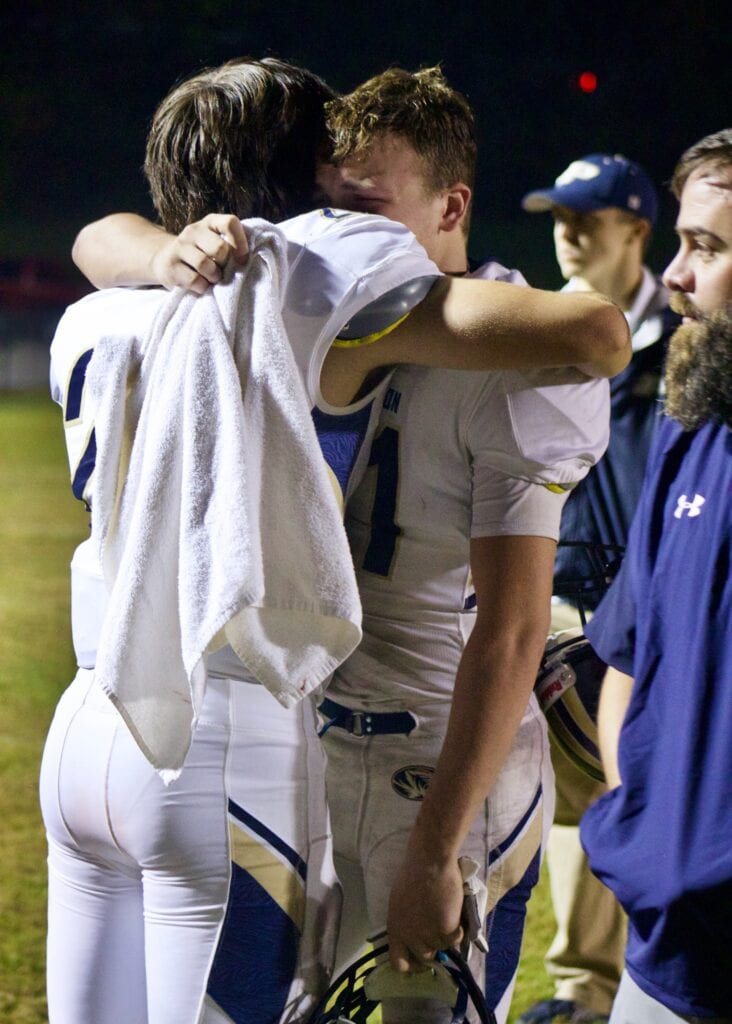 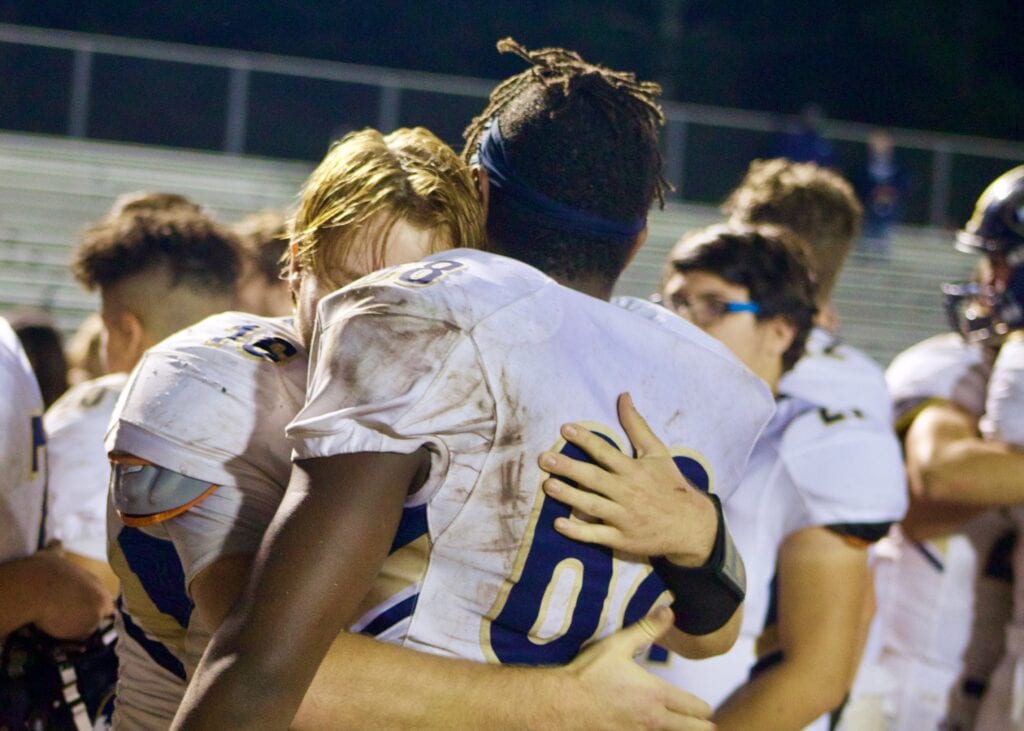 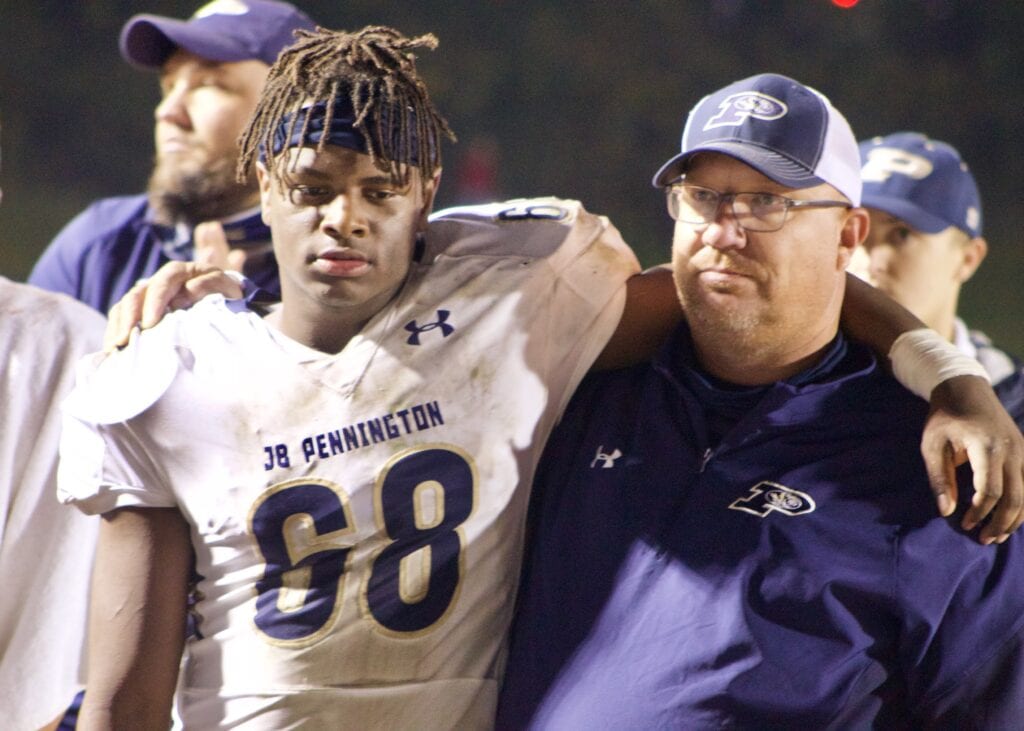 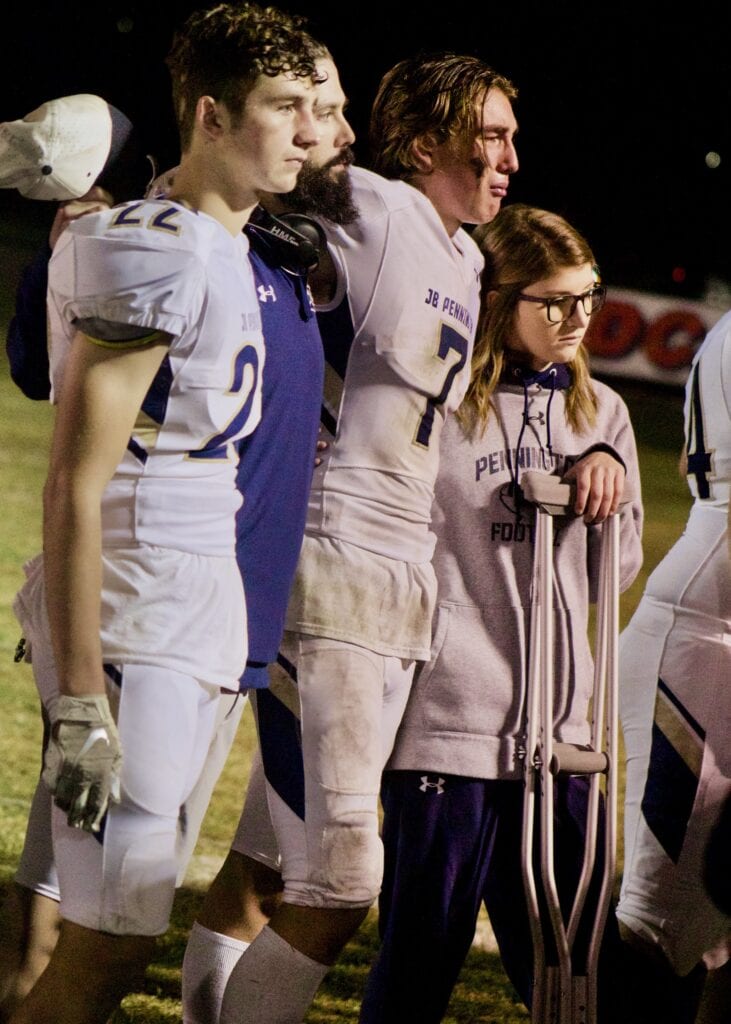 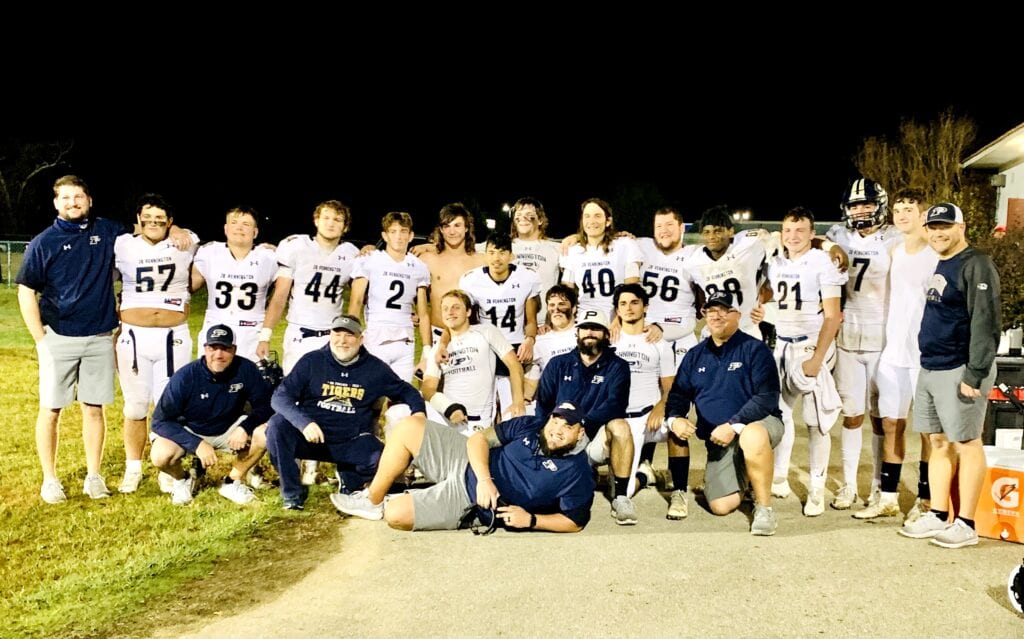 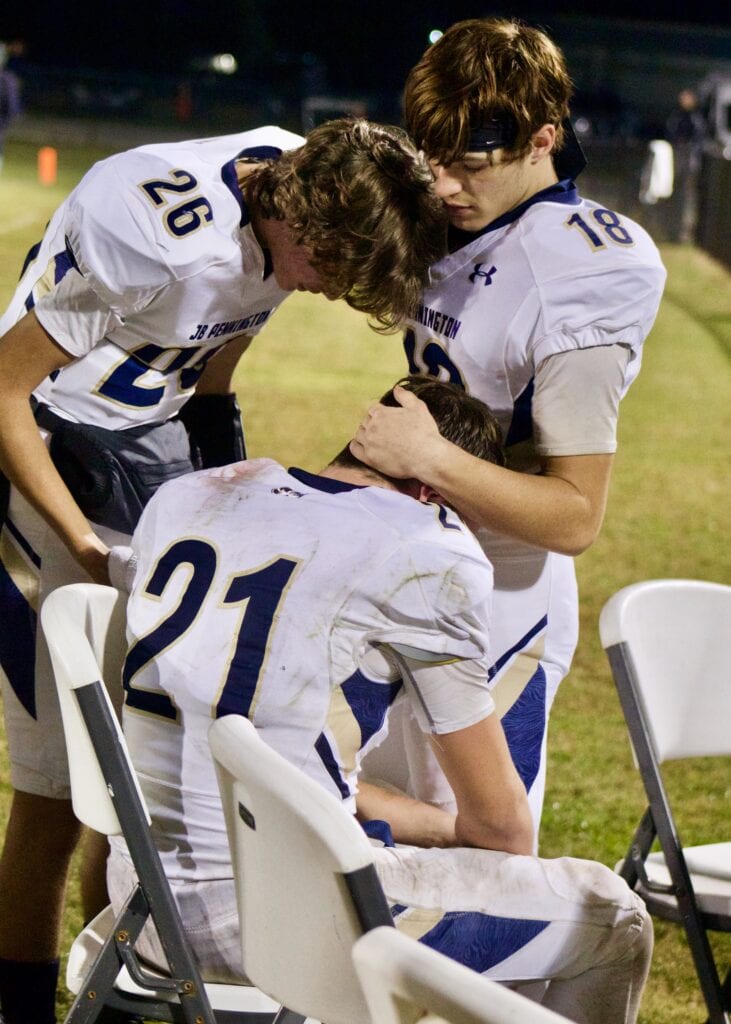