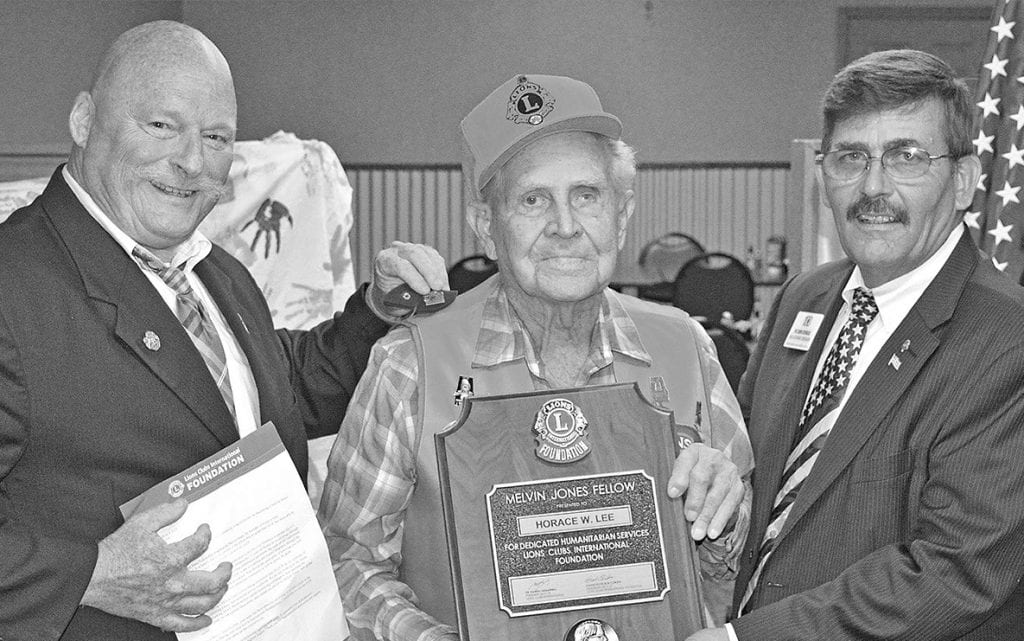 The Hayden Lions Club met July 2 at Top Hat BBQ to honor three of its outstanding members and induct new officers to lead the club for the next year.

Horace Lee, Neil Campbell and Gerald Graves were given the Melvin Jones Fellowship Award, the highest honor a local club can give. Melvin Jones was a successful Chicago businessman who had a vision of people like himself joining together to improve their communities. He ultimately was the driving force behind the formation of Lions Clubs International in 1917.

Lion Campbell is a former president of the Blount County Board of Education and a charter member of the Hayden Lions Club.

Lion Graves, who passed away two years ago, was also a founding member of the Hayden Lions Club. His wife, Vera, accepted the award for the family. 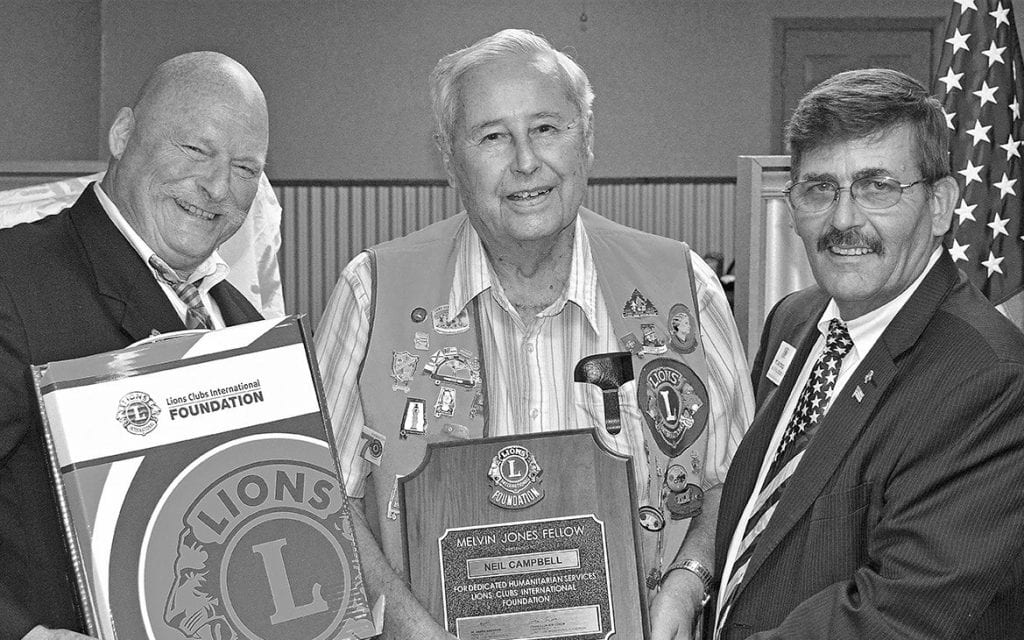 Tim Sosebee, the club’s outgoing president and now second vice district governor of the North Alabama District, said, “Its been a pleasure and honor being your president.” Past council chairman for the North Alabama District Ron Seybold was the guest speaker and inducted the new officers. He reminded the gathering that Lions Clubs are service clubs, adding the words of Helen Keller, “Alone we can do so little; together we can do so much.” 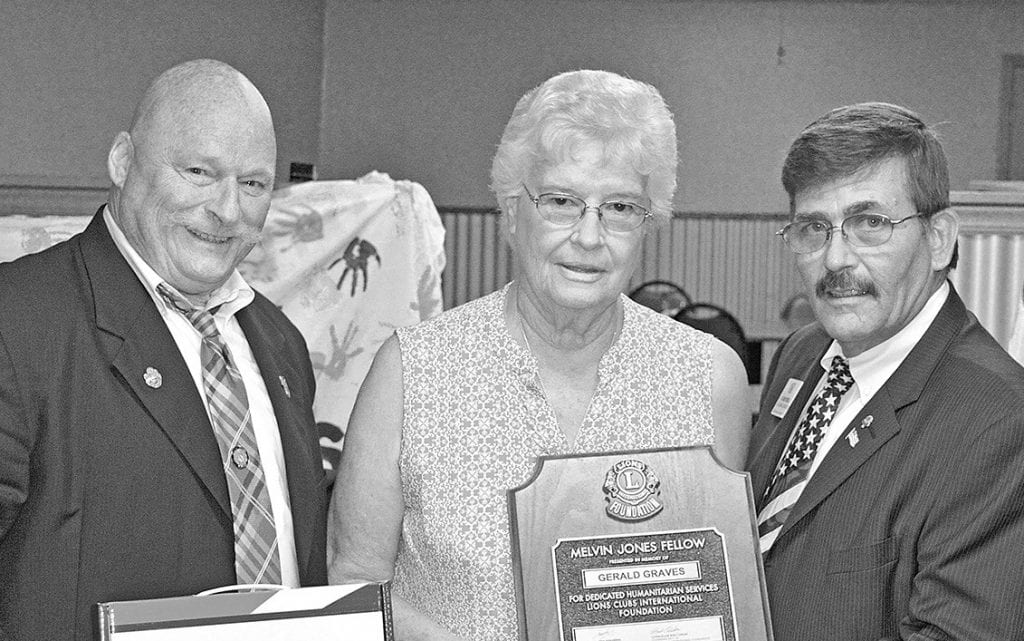 From left: Sosebee, Vera Graves (wife of the late Gerald Graves), and Seybold.