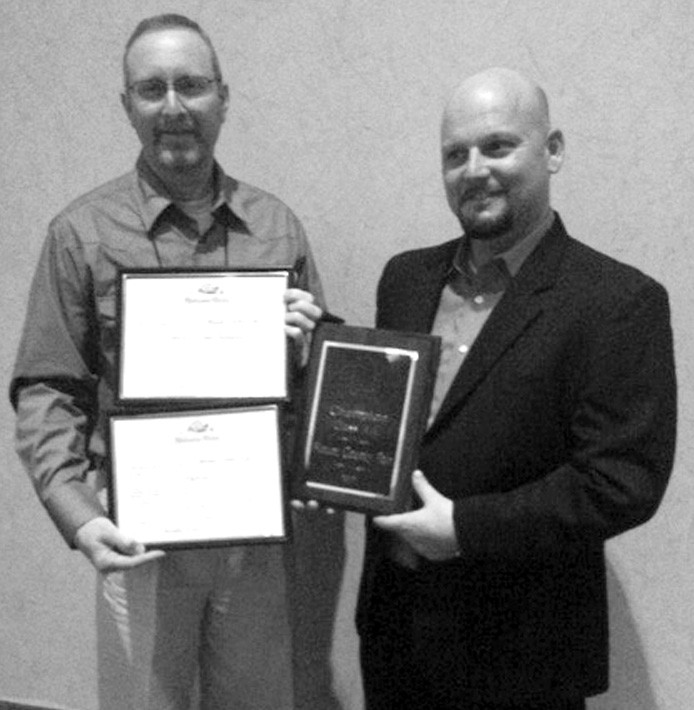 For the third year in a row, the Blount County Fair received the Grand Champion Award from the Association of Alabama Fairs.

“It is tough to win this award in consecutive years because other fairs start gunning for you by stepping up their game,” said Keith Hamby, Blount County-Oneonta Agri-business Center director. “We knew that going into the 2012 fair, so I challenged the fair committee to exceed the judges’ expectations by coming up with new ideas, and they surprised me by setting the bar even higher.”

Hamby was presented the award during the association’s annual convention and awards ceremony held on Feb. 2 and 3.

This award recognizes the hard work put into the fair by all 17 members of the fair committee representing various organizations throughout the county, said Hamby.

“All of our outstanding volunteers deserve a piece of this award because they make the fair successful year after year by focusing on excellence and agriculture and creating fun for children of all ages,” he said.

The Grand Champion Award is bestowed upon the fair that places the highest in their class based on Merit Award Judges scoring. The judges visit every one of the 23 fairs across the state.

Scoring is based on predetermined criteria including individual exhibits, community representation in booths, education and agricultural value, publicity, promotions, entertainment, planning, housekeeping, and improvements from year to year. Population and attendance is also taken into consideration.

Classes are determined based on population with Blount having the lowest county population in its class. Other counties in the class include – Cullman, DeKalb, Jackson, Marshall, and Northwest Alabama ( Walker).