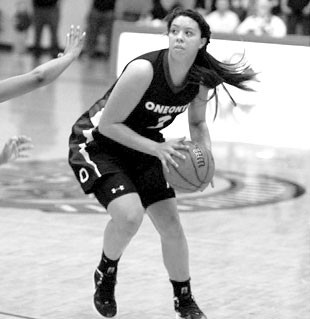 The 2011-2012 high school basketball season was a very successful one for some teams and three players from the county were named all-state this week by the Alabama Sports Writers Association (ASWA).

Oneonta sophomore Destiney Elliott was the only player from the county named first team (Class 4A) while Oneonta’s Keenan Warren (4A) and Hayden’s Krista Stricklin (5A) were named second team.

Elliott helped to lead the Lady Redskins to a schoolrecord 34 wins by averaging 22 points and 12 rebounds per game. The 6’0 forward also averaged 4 blocks and 4 assists per game for a team that finished the year 34-1 with the only loss coming to eventual state champion Jacksonville in the Northeast Region final at Jacksonville State University. Elliott was a second team selection a year ago when she helped Oneonta to a 25-6 record. 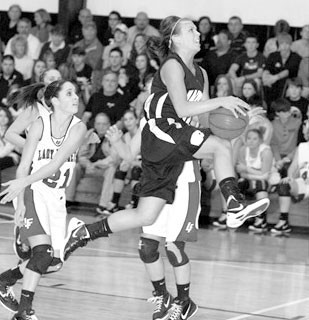 Stricklin closed out an incredible career at Hayden with a great senior season. The 5’8 guard averaged 26 points per game for a Lady Wildcat team that finished with a 27-4 record after losing to Cullman in the subregion round. Stricklin finished her career with 3155 points, which ranks ninth on the state’s all-time scoring list. In what might also be a state record, Stricklin is a three-time, second-team, all-state selection.

Warren led the Redskins to a 27-6 record and a spot in the 4A Final Four where the Redskins fell 71-52 to eventual state champion Midfield. Warren averaged 19 points, 8 rebounds, and 5 assists per game and was a three-year starter on Redskin teams that finished 21- 8, 24-8, and 27-6 and advanced at least to the region tournament each season. He was an honorable mention selection last year. 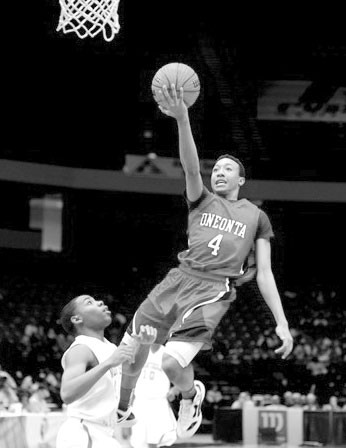