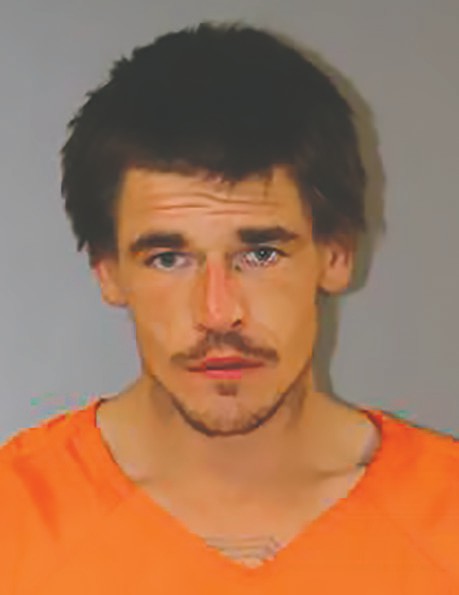 What began as a car chase in an adjoining county ended up in Blount County on Jan. 6. Officers from the Blount County Sheriff’s Office and Blountsville Police Department immediately responded to the northwest part of the county.

Within minutes, the situation went from a car chase to a manhunt with all agencies working together in an attempt to locate a male subject. Initially unsuccessful at locating the suspect, the search was called off and officers returned to their regular duties.

Later that day, officers responded to a complaint regarding a stolen vehicle on Bangor Hollow Road. It was during that time a second car chase ensued with the reported stolen vehicle. While trying to escape from officers on County Highway 26, the suspect crashed at Jenkins Road. He was, however, able to flee on foot and, for a second time in one day, avoid capture.

In an effort to flee the area, the suspect made his way back to an address on County Highway 26. There he stole a vehicle at knife point. The suspect was seen leaving at a high rate of speed by Blountsville officer Shane Best.

A third car chase ensued when Best got behind the stolen vehicle. Joined by other officers from BPD and the sheriff’s office, the chase entered Cullman County where spike strips were deployed to end the pursuit.

Joseph Wise, 29, of Huntsville, was taken into custody without further incident. Wise initially was uncooperative with law enforcement, but eventually agreed to help retrieve other stolen merchandise he had disposed of throughout the day.

Wise was booked into the Blount County Correction Facility Jan. 6, at 6:31 p.m. As of Tuesday, he remained incarcerated. Wise has been charged with first degree theft of property, two counts of first degree criminal mischief, and first degree robbery. His bond is set at $120,000.

Blount County Sheriff Mark Moon issued a statement via the sheriff’s office Facebook page saying, “I want to say how thankful I am that no one was injured during this very dangerous event. How grateful I am for everyone that took part in taking this suspect into custody. Special thanks to Officer Best of the Blountsville Police Department and the Cullman County Sheriff’s Office. If not for them, this pursuit may not have ended as smoothly and the outcome could have been much different.

“Law enforcement officers have a very hard job, and they are willing to put everything on the line every day to ensure the safety and protection of our citizens. And for that, I am forever grateful and thankful.”