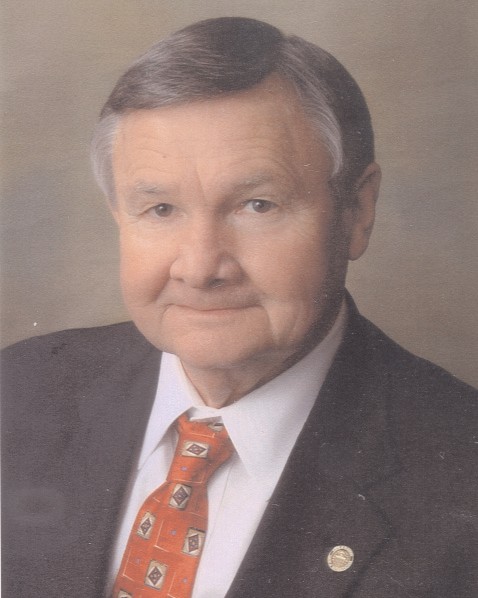 Thomas currently represents House District 34, encompassing much of Blount County and a portion of north Jefferson County. His resignation is effective Aug. 31. He has represented a majority of Blount County citizens in the Legislature since 1998.

The AMHC serves as the state’s regulatory agency to enforce installation program standards and modular construction standards for mobile homes statewide. It also regulates the manufactured housing industry in the state with an emphasis on compliance and consumer protection. Further, it helps communities obtain safe and accessible storm shelters.

“I am pleased to appoint Rep. Thomas to this position,” Gov. Bentley said. “I know Elwyn will work closely with everyone involved in order to uphold the standards in manufactured housing that are designed to protect the citizens of Alabama.”

Thomas released this statement to The Blount Countian: “Since November 1998 it has been my privilege to serve as your representative in the House of Representatives. I have often said I serve some of the finest people in the state.

“Over a period of 14 years with several thousand votes on various issues, there were times I may have made the wrong vote. But my desire was to represent the will of the majority of the people of my district and county.

“It has been an honor and a privilege to serve you and I thank each of you for your confidence and support. I will continue to be an advocate for Blount County in every way possible in Montgomery.

“I ask your prayers and support as I undertake this new project.”

Thomas has spent more than 30 years working as a real estate developer and real estate evaluator for local banks in Blount County and the surrounding area, counting that experience a key qualification for his new job.

He is widely known as a, perhaps the, major figure in the provision of dozens of CAWACO and community service grants for school, civic, and community improvement projects throughout the county.

“Those are among the things I’m proudest of – building and remodeling schools, initiating the intensive math and science program, and being able to secure funding for various school and community needs generally,” he said.

Thomas is also known as the granddaddy of one of the county’s outstanding cultural institutions – the Three Generations trio, a group of women Sacred Harpstyle singers – all of whom Thomas can claim as kin: husband to one (Linda), father to one (Teresa Ratliff), and grandfather to one ( Jordan Ratliff). He doesn’t need to claim that as a major accomplishment. People who have heard them sing will do it for him.

When asked if he has a favorite among those lining up to run for his former House seat, he replies with the motto that became his theme in the county and in the Legislature: “Hey, let the people decide.”

According to a spokesperson for the Secretary of State’s office, provisions for a special election for House District 34 representative, will be announced by the governor, at his pleasure. The announcement will includes the dates of the primary, runoff if needed, and general election, as well as qualifying deadlines for the primary. If a runoff is not needed, the general election will be held on the runoff date. Those dates have not been formalized yet, according to the governor’s press office.