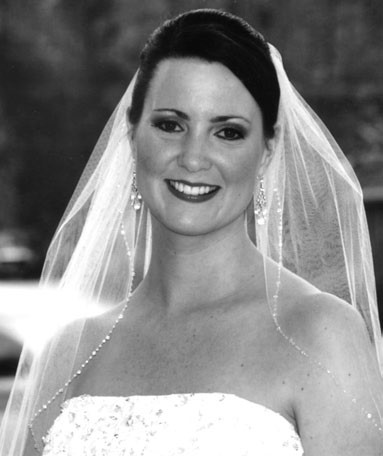 Ashley Sheron Fowler and Gary Scott Thomas were married April 4, 2009, at 6 p.m. at Twin Oaks in Oneonta in a ceremony officiated by Tony Jones. A reception followed.


The bride was given in marriage by her mother Anna Keaton Fowler of Oneonta. She is the daughter of the late Larry Wayne Fowler of Easley and the granddaughter of Bonnie Keaton of Oneonta, the late Thomas Keaton Jr., Hans and Esther Kaspers of Easley, and the late Eldridge Fowler.

The groom is the son of Michael Thomas of Las Vegas, Nev., and the late Gay Thomas. His grandparents are the late Mort and Marilyn Goldman of Los Angeles and the late Ceri Jauker of Lawndale, Calif.

Best man was Brandon Rappaport of Phoenix, Ariz. Groomsmen were John Chan of Sydney, Australia, and John Johnson of Atlanta. Ushers were Dan Howard of Helena and Will Morgan and Ben Morgan of Woodstock, Ga.

The couple made a honeymoon trip to Maui and now reside in Birmingham. The bride recently graduated from law school at Mercer University and is employed by the law firm of Wettermark, Holland & Keith, and the groom is employed as a senior technical recruiter for TEKsystems.