This year’s session should be a quick one 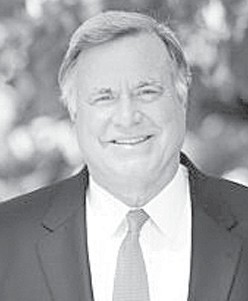 The 2018 legislative session will be short and sweet since it is an election year. Historically, during the last year of a quadrennium, the Legislature convenes early and passes the budgets, then goes home and campaigns for re-election to another four year term.

Our forefathers, who wrote our 1901 Constitution, must have been thinking the same thing because they designed for the fourth-year legislative session to start and end early. It is set by law to begin in early January, whereas it begins in February in most years. This year’s session began Jan. 9 and can run through April 23. The consensus is that they will adjourn one die earlier than the April deadline. Most observers believe that they will pass the budgets and be out of Montgomery by the end of March and home campaigning by April Fools’ Day.

The budgets will not be hard. The economy has picked up and the education budget, which is reliant on sales and income tax, is flush. Even the beleaguered General Fund is not in dire straits.

The House budget chairmen, Bill Poole, R-Tuscaloosa, and Steve Clouse, R-Ozark, walk around with a smile on their face.

The Senate budget chairmen, Trip Pittman, R-Baldwin, and Arthur Orr, R-Decatur also seem happy. Pittman is a giant of a man who probably stands 6’8” tall and Orr is somewhat short. When they stand next to each other they look like Mutt and Jeff. It reminds me of a picture made in the 1950s with Governor “Big Jim” Folsom and Congressman Frank Boykin standing next to each other. Boykin was extremely short and portly. He was around 5’2” while Folsom was about 6’9”. It was quite an amazing photo taken at Boykin’s hunting lodge north of Mobile in Washington County. Both “Big Jim” and Boykin were inebriated. In defense of Pittman and Orr, they are both sober and serious about their business and do a good job.

Pittman has decided to stick to a campaign pledge he made when he first ran to serve only two terms, so he is not running again.

The other three budget chairmen are running and will be easily re-elected if they even have opposition. Arthur Orr, Steve Clouse, and Bill Poole will all return to the Legislature and will more than likely chair their chamber’s budget committees for another four years. All four of these budget leaders are smart and articulate. Clouse, Pittman and Poole all went to The University of Alabama for their college education.

These four chairmen write and control the budgets. In fact, most of the major decisions affecting the budgets are dictated by the chairmen. Most legislators do not really know the intricate details in the numbers. After the budgets come out of conference committee late in the session, it is “Katie, bar the door.” They are ready to vote yes and go home.

However, there will be significant turnover in both chambers next year. There are about 10 of the 35 state Senate seats open due to retirement or senators seeking other offices. There will be close to 22 of the 105 House of Representatives seats open. That is a significant turnover but it is not record breaking. Furthermore, almost all of the major leaders and decision makers in the Legislature will be back for another four years in their same leadership positions.

The best action in senate races this year may be in the Montgomery/River Region area. Popular state Sen. Dick Brewbaker chose to not seek re-election and there will be a spirited sprint to replace him. Also in Montgomery County, state Sen. Quinton Ross was chosen to be President of Alabama State University. Veteran state Rep. John Knight is favored to take that seat.

The primaries are June 5. I will keep you posted.