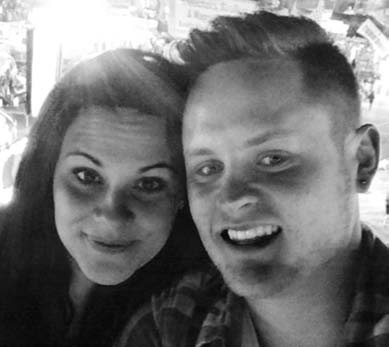 Karra and Mark McKenzie and Phil and Janine Theophilus of Mt. Vernon, Ohio, announce the engagement and coming wedding of their daughter, Chelsea Theophilus, to Zach Marbut, son of Lisa and Gary Pope of Snead and Kenny and Becky Marbut of Ashville.

The bride-elect is a 2007 graduate of Ohio Virtual Academy and the South Carolina School of Leadership in Columbia, S.C.

The prospective groom is the grandson of Janice Dodd and the late Wayne Dodd and Jim and Sheila Marbut, all of Altoona. He is a 2011 graduate of Susan Moore High School and a 2014 graduate of the South Carolina School of Leadership.

The wedding will be an event of Aug. 8, 2015, at the West Grove in Walnut Grove. After a honeymoon trip to Disney World, the couple plans to reside in Columbia, S.C.