The story of Lilly Belle 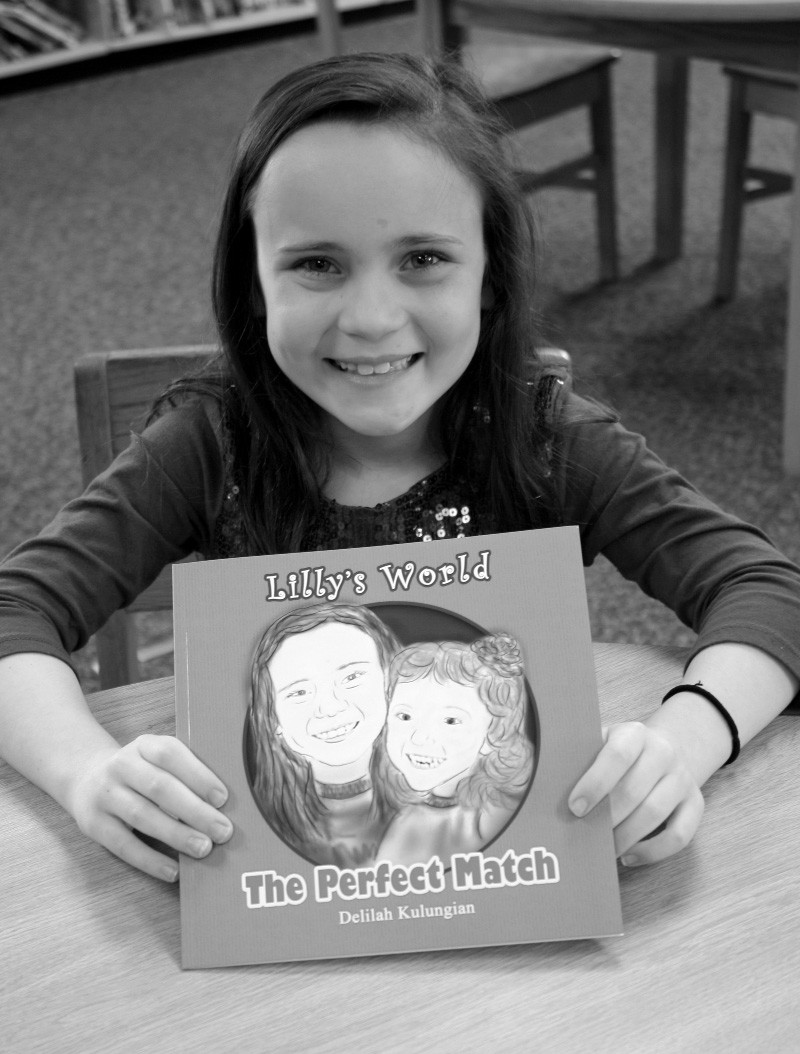 At only 9 years old, Delilah Kulungian has saved her sister’s life and had a book published about her experiences.

Eariler this month, she attended her first book signing for,“Lilly’s World, The Perfect Match” – the story she wrote about her 5-year-old sister, Lilly Belle.

At the age of 4, Delilah provided her sister with bone marrow after Lilly Belle was diagnosed with Malignant Infantile Osteopetrosis (MIOP), a rare disease that causes a child to have abnormal bones and can result in other problems including a short stature, dental problems, blindness, and hearing loss.

In 2008, after 12 weeks of living in the hospital on blood products and bone support transfusions, Lilly Belle was diagnosed with MIOP.

The disease is so rare that she is the only child in Alabama to be diagnosed with it at Children’s Hospital, according to her mother, Christal.

“Delilah is very proud that she was so brave and contributed to saving Lilly Belle’s life,” Christal said. “She is also excited to share her story with the release of her new book.” vFor the Young Authors Conference, Delilah decided to tell her and her sister’s story by writing a book. She explains her and her sister’s journey in a way that is simple and can be easily understood by children her age.

While at the conference, she was approached by The Amazing Life Publishing Company.

“They publish books of all kinds but especially those that can benefit a good cause,” Christal said. “We made an agreement with them to give a percentage of all the proceeds to two different charities – the Bone Marrow Foundation and the Lilly Belle Braille Book Foundation, which provides blind babies and toddlers with Braille books and mobility devices while also educating parents and caregivers on the importance of early literacy for blind babies.”

Before her book signing, Delilah, her mother, and her sister told their story during an assembly at Hayden Elementary. Christal introduced her two daughters and gave a brief description of what they endured before Delilah was given the chance to read her book in front of her entire school.

Afterward, she signed copies of “Lilly’s World,” that her schoolmates had purchased.

The Kulungian family continues to spread their story while also helping others affected by MIOP by hosting bone marrow and blood drives.

Since 2010, they have been hosting several blood and bone marrow drives throughout the year. During the drives, participants can have their blood drawn or join the bone marrow registry by having their cheek swabbed. If the registry finds a potential match for someone, they will notify them.

“I do the drives for multiple reasons,” Christal said. “Blood products are always needed, and one of my main reasons for the marrow drive is that there was no matched donor for Lilly Belle in the registry at the time she needed it. We were forced to have all her siblings tested, and Delilah was a match. Most people do not have this option and the registry is their only hope.”

Kulungian is the daughter of Tim and Christal and she has four siblings, Seathe and Hannah, age 13, and Rose and Lilly Belle, age 5.