The state said, ‘No Moore’ 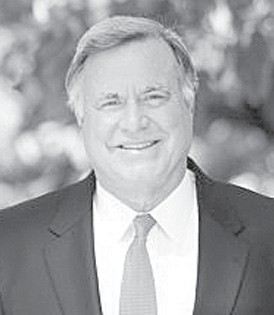 Well, folks, we have had a more exciting and fun-filled political year than we expected. Usually, most of the fun is reserved for even-numbered years when presidential or gubernatorial elections are held.

However, it’s been a good ride. Obviously, the special election for the remaining three years of Jeff Sessions’s senate term monopolized the year. You must remember, however, that election was preceded by two events that set up the senate race.

Donald Trump selected Jeff Sessions to be attorney general. Sessions had been our junior senator for 20 years and was elected to his fourth six-year term in 2014. Therefore, the seat we just voted on comes up again in 2020. Believe me, there are probably a dozen viable Republican thoroughbreds who have already decided they are interested and are chomping at the bit to run. However, most of them have statewide or congressional re-election plans to get out of the way in next year’s 2018 elections.

Remember Gov. Robert Bentley? It may seem like a long time ago but Bentley was our governor this time last year. His romantic obsession with his personal advisor was about to drive him from his office. However, he had a golden opportunity to appoint Jeff Sessions’s replacement until an election could be held and he selected Alabama Attorney General Luther Strange.

Of course, Bentley left office with two years left in his term and in steps Kay Ivey, who has been in the obscure office of lieutenant governor for six-years. She takes the reigns of state government and the first thing she does is throw Luther under the bus and change the election from 2018 to this year. If Luther had been given a year for people to forget the appointment by Bentley and been able to run when every other race was on the ballot in 2018, and spend $15 million from the Washington establishment PACs, he would have won the seat for six years and maybe the rest of his life. Sen. Richard Shelby would have been happy with his new colleague and Jeff Sessions would have been pleased with his successor.

Our Ten Commandments Judge, Roy Moore, was poised and ready to go to the senate. The Judicial Inquiry Commission had removed him from the bench for being against gay marriage and the decision for Moore to run was easy. He had nothing else to do.

The first poll and the last poll revealed the book on Moore. It was written. He had a hardcore 30 percent of the vote in Alabama made up of right-wing evangelical Alabama folks. This 30 percent would vote for him no matter what and they did. However, that same polling also revealed that there remains 70 percent that will not vote for him under any circumstance.

The reason he lost was that a good portion of that 70 percent showed up to vote. Surprisingly, the belief by many was that this group would not vote. His 30 percent was going to vote and they did. That’s why he won the primary, his 30 percent are more ardently religious and, quite frankly, older. They vote.

African American voters, young and old, turned out in massive and unprecedented numbers and voted against Roy Moore and Donald Trump. It was a tidal wave of support (or non-support) and it sent Roy Moore to a watery grave.

As a good many of the state’s newspapers headlines declared, “No Moore.”

This race classically underlines and illustrates the undeniable political truism that more people vote against someone than vote for someone.

Merry Christmas and see you next week.