The showdown that never showed up:

an offbeat review of a Memorial Museum lecture 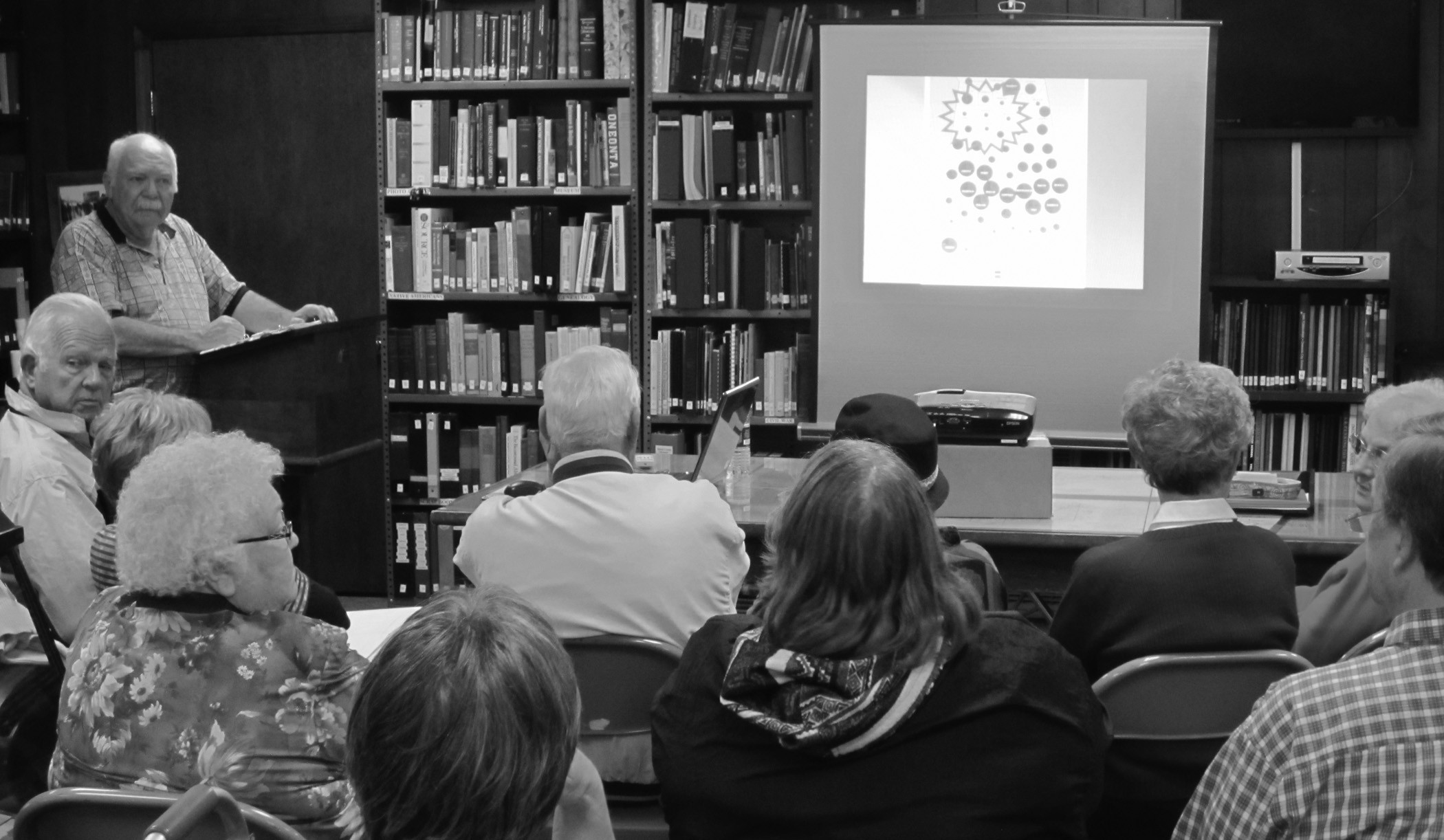 Memorial Museum curator Amy Rhudy was understandably nervous about the upcoming lecture scheduled there on Nov. 3. She had visons of the Sons of the Confederacy sweeping down in a shocking raid on the place.

Why? Well, the topic of the lecture had to do with Alabamians loyal to the Union before, during, and after the Civil War. And not only Alabamians, but Blount County Alabamians. There were some, you know – more than a few, judging from the lecture.

Foster’s Chapel (now known as New Life Church, formerly Faith Covenant Church) on Straight Mountain was a hotbed of anti-secession sentiment, for example. Its preacher, John J. Brasher, said to be an ardent anti-secessionist, was Blount County’s elected delegate to the Alabama Legislature that voted 61 to 39 to secede from the Union. Brasher voted against secession as did a number of other delegates from north Alabama.

Brasher Creek, a sizable creek that flows into Highland Lake, is named for him, probably because he, along with other residents with northern sentiments, hid out in the rocky cliffs of the area to avoid being captured by Confederate sympathizers. The Confederate sympathizers considered them traitors, and if they caught them, they made them choose between conscription and death, Hathcock said. Sometimes, they got all of 24 hours in jail to consider their decision. Sometimes, they didn’t.

But that’s ancient history. Back to the present, lecturer Larry Hathcock’s resume was full of Michigan venues – he moved there when he was a child, he lived there for years, went to school there (except for a couple of years at Appalachian) went to college there, taught school there, held Civil War Round Tables there for years, and most telling of all – lives there now.

He was born in Ashville, however, lived in Blount County during his early years, has two generations of grandfathers that worked Champ-ion Mines, and has a mountain gap on Straight Mountain that bears his family’s name (Hathcock Gap near the convergence of Blount, St. Clair, and Etowah counties.)

So, let’s get this straight. Is what we have here a Yankee trying to tell us Southerners that a lot of us – or at least some of us – come from folks that really weren’t rebels, were in fact traitors to the cause? Well, you know the old saying “if the shoe fits,” because without putting too fine a point on it, that’s pretty close to what he said. He was born here, after all. Give’im a break.

But you know what? He made his case. He made it with his own relatives, who turned out to have fought for both sides – and not only that, but some of his kinfolks were kin back several generations to half the score of people in the room listening to the lecture. ( Well, maybe not half, but several, anyway.) And they admitted it.

Actually, they claimed it, like it’s something to be semi-proud of. And that, as much as anything else, is what proved his case. Those folks knew about the allegiances of their own relatives, ‘way back. And that made it all pretty convincing.

Not only convincing but enjoyable. There were several epiphanies of discovery that afternoon – common relatives and the like – and epiphanies are always interesting. Hathcock experienced them right along with the audience: a little girl in a yellowing turn-of-the-century photo that turned out to be one of his school teachers during the time he lived in Blount County, for example.

And as for the Sons of the Confederacy – some of them probably had relatives that leaned northerly, too. Or at least were on the fence. You gotta figure there were a lot of people in this neck of the woods who were on the fence – that just wouldn’t choose sides until something or someone in their own lives made it impossible not to. Not saying that’s what happened to the Sons’ forebears, just saying it’s a possibility, that’s all. The Sons never showed up, after all. Maybe they knew that all along.

Bouquets to the museum for an interesting lecture. It’s one of a monthly series, and they occasionally include offbeat, out-of-the-box, and, above all, interesting subjects.

An antiques appraiser is coming early next year, for example. Join the Blount County Historical Society (cost, $10 a year) and get one free appraisal of a personal item, along with the quarterly newsletter. One lecture last spring right after the April tornadoes featured a presentation on how to prepare for a 72-hour emergency – emergency items and supplies to have on hand to ride out a threeday civic emergency – that kind of thing.

Just saying. Stay tuned for monthly lecture topics. They’ll be announced from time to time. Might well be worth an afternoon again sometime.