The Republicans and charter schools 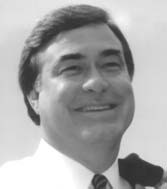 In recent years, the Republican Party has taken control of the legislatures in all of the Southern states. Alabama’s legislature is overwhelmingly Republican. The GOP holds a 25 to 9 majority in the state Senate and an equally dominating 72 to 33 majority in the House of Representatives.

Our supermajority GOP legislative body appeared to take on every conceivable ultraconservative reactionary issue during their first fouryear reign from 2011 to 2014. However, they forgot one – charter schools.

The idea of charter schools is a hot button issue within the Republican legislative ranks and Alabama has now joined the ranks of states that allow charter schools. Both the supermajority Republican House and Senate passed the measure like a shot out of a cannon within the first two weeks of the session. The vote fell right along party lines with most GOP legislators supporting the proposal.

Simply put, the concept is schools that are publicly funded but independently run. In Alabama, the legislators who are the strongest proponents are from areas that have weak public schools. The most obvious and, therefore, the most vocal is Sen. Dick Brewbaker of Montgomery. The Black Belt and Montgomery whites have abandoned their public schools and most of the white students attend private schools.

This proclivity is precisely what has been the case in other states. Research reveals that charter schools worsen segregation of children along income levels and racially. Unquestionably, charter schools take money away from already underfunded traditional schools. They also cherry pick their students. Thus, leaving the purely public schools to educate and deal with the children with disabilities.

The hypothesis that free market competition between charter and traditional public schools will give rise to academic improvement has not played out in other states. In fact, studies have revealed that charter schools are not a cure to public school ills.

In other states, when charter schools are not held strictly accountable scam artists have stolen millions of taxpayer dollars. Some have paid enormous salaries to administrators. They have hired people with criminal backgrounds. They place students in buildings that do not meet basic code requirements. The lack of transparency has allowed outright fraud by claiming to be nonprofit, but funneling funds to for-profit companies.

The most ardent proponents for allowing charter schools in Alabama have been state senators Del Marsh (R-Anniston) and Dick Brewbaker (RMontgomery). They are not calling for a full move to charter schools, but they want a limited number of pilot schools to determine how it will work. Brewbaker says,“The more choices we can give parents, the better off we are going to be.” Marsh says that under the proposed legislation,“There would be a limited number to start with and a lot of local control.”

There was adequate opposition from the obvious opponents. The Alabama Education Association (AEA) opposed the measure because it drains dollars from an already underfunded public school system. The Democratic House and Senate caucuses opposed charter schools for the same reason. However, both of these groups have been relegated to irrelevancy in this legislative process.

A third leg of opposition came from the Alabama Association of School Boards. Sally Howell, their executive director, has strong beliefs that local school boards should be the ones to decide whether a charter school is allowed. She stated,“Alabama under spends on education and when you are creating more schools you are going to further diffuse those resources.” She went on to say,“Let’s make sure that as we look at this effort we’re putting it in a place where public schools have not been performing well.”

Whether or not this educational concept enhances learning standards in Alabama is irrelevant. If it sounds or looks like a reactionary Republican right-wing issue, this group of ultraconservative elephants will embrace it. We will see.