THE RACE FOR CIRCUIT JUDGE 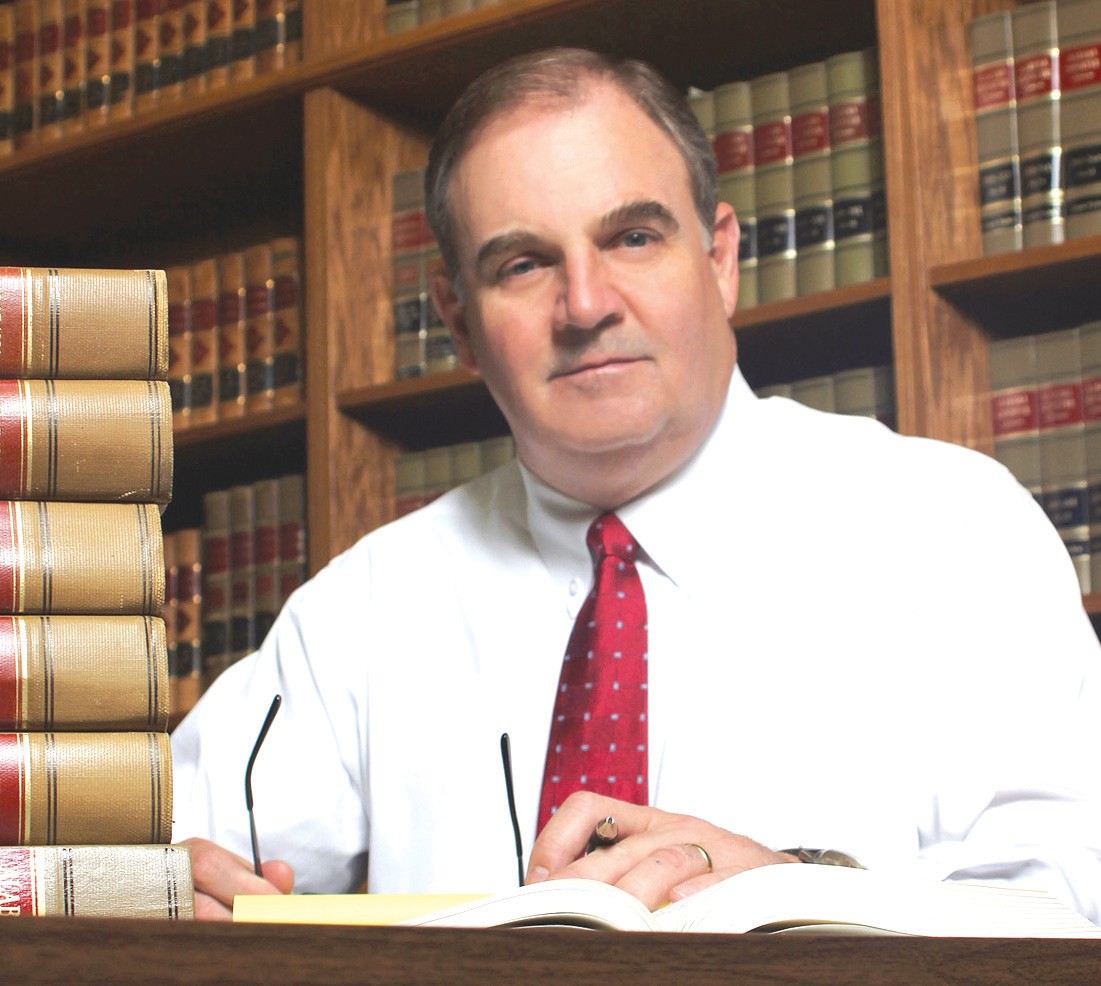 Circuit Judge Steven King cited his six years of solid performance on the bench as the basis for his re-election bid. Other factors supporting that bid, he said, include his legal training, varied legal experience, and commitment to “let lawyers do their jobs” while he focuses on applying the facts of each case to the relevant law involved in reaching proper and fair decisions. Personal profile

Steven King, 50, was born and raised on a farm near Blountsville, not far from his present Berry Mountain home. He attended school in Blountsville, graduating from J.B. Pennington in 1979. He attended Auburn, graduating with a bachelor’s degree in chemistry in 1984, then earned a law degree from Cumberland School of Law at Samford University in 1988.

He is married to Carla Stuart King, and they have two children: Autumn, 16, and Stephen Jonah, 7.

Work experience King began work at a Birmingham law firm, then moved his solo practice to Oneonta in 1996, covering a range of cases he described as “anything that came in the door – criminal defense, civil cases, domestic relations, juvenile, child custody.” He served as city attorney for Blountsville from 1996 to 2006 and served as county attorney for Blount County from 2001 to 2006. In 2006, he was elected to his first term as circuit judge, following Judge Robert Austin.

Questions for the judge

What do you think are the major qualifications for a judge? King: “Well, of course there are the formal qualifications of being a lawyer, having a law degree and having practiced law for at least five years. Beyond that, I’d say patience is a needed quality, as is a sense of professionalism. You need to have an inherent sense of courtesy to treat people with dignity and respect. You need to be current with the law and have the tenacity to do your research to stay current with the law. And you have to be willing to become informed on a lot of intricacies of subjects beyond the law – everything from trucking company management to medical procedures, to financial matters, and a lot of other things besides. Of course, you have to have a lot of common sense and it helps to have a well-rounded background, with varied areas of experience in law practice – someone who’s been on both sides of the fence with varied types of cases.”

Are there any aspects of the job you have been surprised about? King: “Lots of things from an administrative standpoint. Of course, I knew coming in that there was a lot of paperwork involved, but there was even more than I thought.”

What about caseload? Is the caseload or the case backlog a problem? King: “It’s a concern. We’re a growing county with a growing population. That means a growing caseload, and we’ve only got one circuit judge, so here’s no way to spread the caseload among several judges. I’m very aware of the need to keep the cases moving and keep the paperwork flowing. I will say this: the average caseload for circuit judges has been around 1400 cases annually in Alabama over the past few years. I’ve disposed of more cases annually than the average for circuit judges.”

Why do you want this job? King: “I believe I’ve done a good job. I have the benefit of a full term’s experience and with my experience in the law itself, I expect to continue to do a good job.

Why do you feel people should vote for you? King: “I know I’m repeating myself, but they should vote for me because I’ve done a good job and I have the job experience, the educational background, and the legal expertise to make difficult decisions and continue to do a good job. I believe I possess the temperament and patience with people to get to the facts of both sides of the matter – and there’s always two sides in every case – to let the lawyers do their jobs, and to apply the facts of the case to the law in order to reach a proper decision.”

Candidate’s statement to voters “It is my belief that justice must be based on a fair and balanced application of the law, and I have done just that. My commitment to the citizens of this county has been and will continue to be that justice in our county will not depend on who you are, where in the county you live, or how much money you have. I have treated everyone who has appeared before my court with dignity and respect. “My pledge was to carry to the office a principled conservative philosophy, and as your circuit judge, I have done that. I will continue to uphold the Constitution of the United States and the Constitution of the state of Alabama and not make law from the bench. If re-elected, I pledge to continue to strictly interpret the law, without any promise of special favor and without any personal or political agenda. “I have been and will continue to be committed to the citizens of this county and to the duties of being circuit judge. I would ask for your votes and support in the March 13 primary.”