The night of the escaped inmate

Authorities walk through how escape occurred; how search unfolded 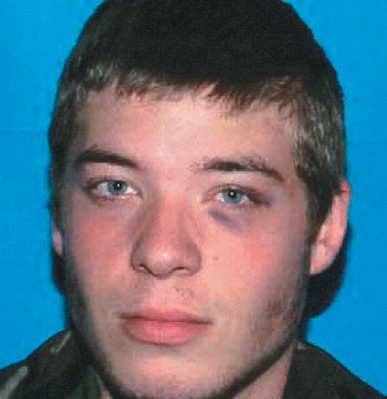 Twenty years from now, Oneonta residents may still be talking about what happened Saturday night. While everyone gathered around their TV and monitored social media and police scanners, Blount County Sheriff’s deputies, Oneonta police officers, and other law enforcement personnel were searching for an inmate who escaped from the Blount County Correctional Facility.

“We were able to review our cameras and see that the inmate was able to go over the fence surrounding our facility at that time,” said Tim Kent, of the Blount County Sheriff’s Department.

The escapee, Justin MacNeil, 24, had been arrested for murdering a Blountsville man in July of last year. The man’s body was found under his bed, and he was reported to have died from blunt force trauma to the head.

According to authorities, MacNeil made his way out of the jail by going through a fire exit door which led into a courtyard area. The inmate found a ladder left there by maintenance workers, and climbed over the fence.

At 6:37 p.m., law enforcement were notified of the escape.

Shortly before 2 a.m., the inmate was located in a Camellia Courts apartment. He went with authorities willingly, according to Kent.

By now, most residents know the basics of the story, but many specifics of the case remain debatable throughout the community, including how he was able to escape in the first place and what his path of travel was. The fire exit door

According to Kent, it was recently discovered the fire exit door MacNeil escaped through had a defect when it was installed in 1995.

He also confirmed MacNeil had been seen kicking the door weeks prior to his escape.

“Once we saw him on camera doing that, we checked the door to see if it was still ok and it seemed to be,” Kent said.“We attempted to pry it open but could not do so.”

However, Kent says it was later known MacNeil had been able to breach the door those weeks before and pulled it back in place. Authorities say it was lucky that MacNeil was able to find the one specific way the door could be opened while locked.

“The fact is, the lock malfunctioned, and he discovered that,” Kent said.“These inmates have 24 hours a day, seven days a week, to sit around and think of ways to get out.”

The escape occurred during the one hour of the day MacNeil is allowed out of his cell. That occurred during dinnertime while the three officers on duty were handing out food.

“He wasn’t under watch at that point, but he was in a lockdown unit that was supposed to be secure,” Kent said.“It all boils down to we weren’t aware the lock on our fire exit door had a defect.” The search

Off-duty deputies, surrounding agencies, a helicopter, and a dog team were called in to search for MacNeil. Oneonta Police Chief James Chapman arrived on the scene soon after being notified of the escape. He and his officers were able to review Oneonta Schools security footage and found evidence of MacNeil on the property.

“We were able to determine he was attempting to get on buses and into a maintenance truck around the back of the school at approximately 5:47 p.m.,” Chapman said.“We then received word that Oneonta Dental Center on Ala 75 next to Valley Ford had been broken into, and we discovered a door had been found open there.”

Once it was determined MacNeil was near the Dental Center, authorities were able to have a more specific perimeter for the dog team to search.

An Oneonta police officer was notified of the inmate possibly being seen in the Camellia Courts area and was directed to a certain apartment, according to Kent.

Upon arrival, MacNeil was found lying on a bed. He didn’t resist arrest upon law enforcement entry into the apartment. The aftermath

Kent says every weakness in the Blount County Jail that was exposed has been addressed, and an extensive investigation of the facility is ongoing.

“About 30 men and women in this county dropped everything they were doing that night and went on duty to search and to find the inmate,” Casey said on social media. “It is not their fault he escaped. Thank you to them for once again putting themselves in harm’s way to protect Blount County.”

She confirmed MacNeil was charged with second-degree escape when he was located.