The mystery of bent trees 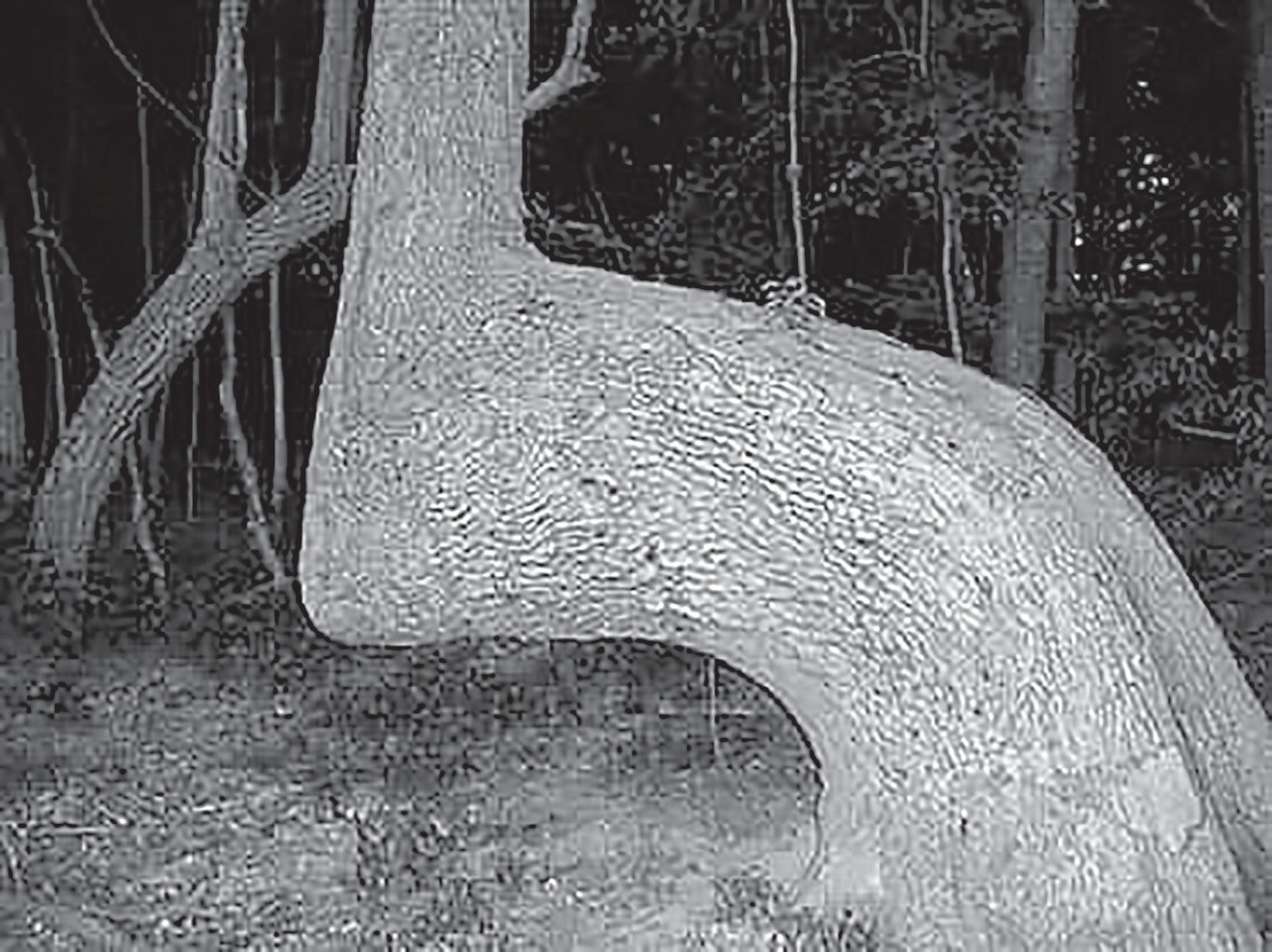 The Friends of the Locust Fork River (FLFR) organization and the Blount County Extension Office will offer a free viewing of the documentary film “Mystery of the Trees” on Sunday, Nov. 12, at 2 p.m. The screening will be in the auditorium of the Frank Green Building in Oneonta.

Debra Gordon-Hellman, a member of FLFR, purchased the movie and the accompanying book by the same title authored by Don and Diane Wells. She explained the film takes a look at the mystery of bent trees like the one pictured. These trees are said to dot the map and may be markers made by Native Americans many years ago that lead to trails, water sources, shelters, sacred sites or other important points of interests that are now forgotten. The trees are also known as Trail Trees, Indian Trees, Prayer Trees and Thong Trees. This last one takes its name from one theory of how the trees might have been shaped, i.e. using strong pieces of vines or sinew as thongs to tie a tree into the desired shape until nature takes over. Gordon-Hellman thinks there may be some of these trees along the Locust Fork River, and if so, this would be of interest to FLFR members and others.

The Mountain Stewards organization is a Georgia-based, non-profit that was behind the making of the film and book. One of its undertakings is the Trail Tree Project that hopes to determine through research if the trees were indeed formed by man or are just “a freak of nature.” On its website, www.mountainstewards.org/project/internal_index.html anyone who knows of a bent tree is encouraged to submit information about it for their database. There is even an electronic version of a pin map that shows the known location of the trees.

Mountain Stewards is also working with another non-profit, Wild South, in an endeavor to map old Native American trails and if the trail marker tree theory is correct, the work will overlap. Wild South was founded by Lamar Marshall, an outdoor enthusiast who once lived in Blount County. He not only appears in the film, but assisted with the writing of the book.

A Cullman resident, Billy Shaw, was able to get state Rep. Corey Harbison to introduce a resolution, HR 315, which states the House recognizes “the great historic and cultural significance and lasting influence of the trail marker tree network in this state and North America.” The resolution passed in 2016. Shaw plans to attend the screening and will be available to answer questions.

Gordon-Hellman intends to donate the film and book to the Oneonta Public Library so that all have access to it in the future.