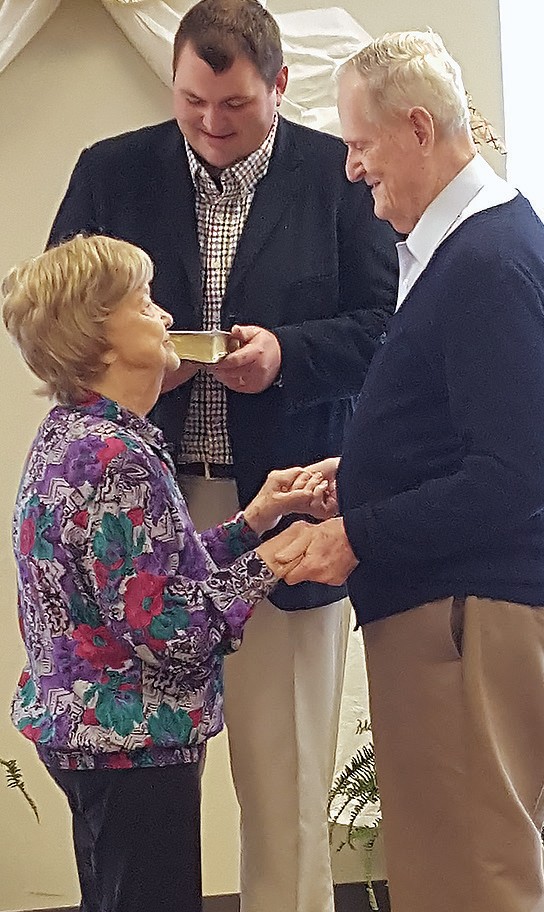 On Dec. 20, Ed and Dorothy Congdon celebrated their 73rd wedding anniversary with a host of family and friends at The Gym.

Recently, Ed was talking with a friend about he and Dorothy’s marriage and said, “After 73 years, no one has ever been able to untie the knot. It’s a magic knot.”

This is such a fitting statement from a man who enjoys entertaining others with magic shows.

After being engaged only one day, and with Ed’s deployment pending, the Congdons did not have the time or money to have a wedding like they actually wanted.

They settled for being united in marriage in a chapel at Ft. McPherson in Atlanta.

The couple did have a honeymoon of three months before he was deployed overseas, fighting in the Pacific. 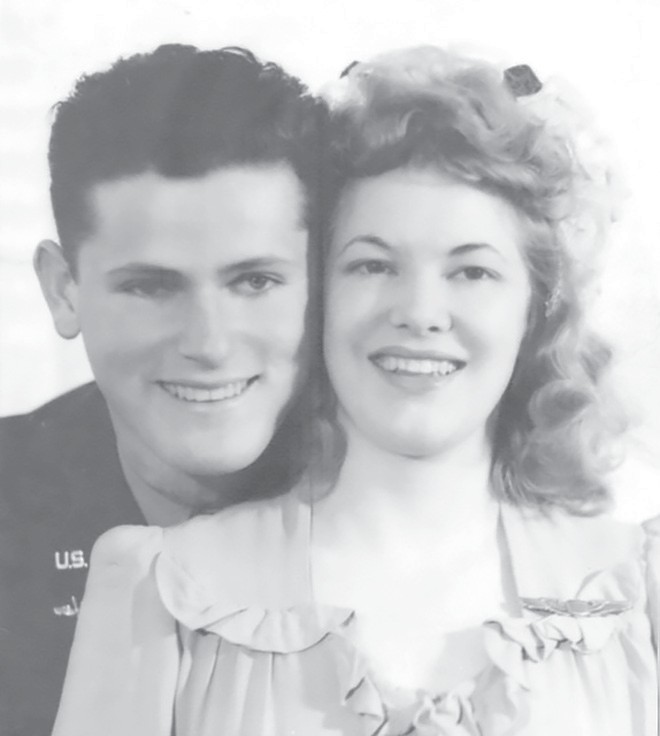 Ed flew C-46 troop carrier planes, and flew in and around the Philippines while deployed. After World War II and Korea, he made his career as both a commercial and corporate pilot. He returned home in March 1946.

Dorothy was a stay-at-home mother of three children and according to daughter, Cathy Congdon Guy, “She created a very loving and stable family atmosphere for the children.”

Life has definitely not been boring, and the Congdons continue to have many common interests including six grandchildren and 26 great-grandchildren, being active in square dance clubs and doing magic shows, church youth groups, and gym classes.

Together they have built an airplane, a stagecoach, a camper, an ocean-going sailboat, along with a few houses. Both are ham radio operators, as well as pilots. They still enjoy flying their small, two-seater airplane.

Because they were not able to have a “real” wedding 73 years ago, it was arranged for the anniversary celebration to actually be a surprise wedding/renewal of vows for Ed and Dorothy.

The renewal of vows was officiated by Dan Boatman.

After renewing their vows, Ed kissed his bride, and yes, he wondered if would get to do that during the ceremony, the couple cut their wedding cake.

The Congdons admit the renewal of vows was a total surprise. In fact, at one point after the ceremony, Dorothy laughed and said, “I thought we were just going to eat cake.”

As the Congdons reflected on their long marriage, they spoke about both the good times and bad times they have been through, and Dorothy said she holds on to this motto, “It’s a privilege to be living, enjoy life as it comes.”

Ed mentioned that there will be trials and tribulations in a marriage, but followed up by saying, “Never go to sleep without telling your spouse you love them.”