The lobbyists will figure out a way 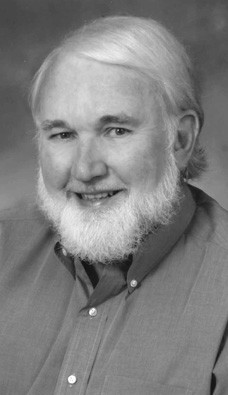 A Montgomery lobbyist was overheard during the recent special legislative session on ethics saying, jokingly of course, “I guess we’ll just have to go back to doing it the way they used to down here … small bills in brown paper sacks.”


Not quite that bad, I say, although I agree with one lawmaker who compared the new ethics law passed last week to a piece of paper with holes large enough to accommodate five Mack trucks. The legislation does fix some problems, but he was pretty much on target.

The old law permitted up to $250 per day to be spent on public officials without having to report the expenditure. The new law places a limit of no more than $25 on a meal for public officials and a $150 or a six-meal annual limit for lobbyists. But wait. The business or entity that pays the lobbyist can also spend up to $50 on a meal with a limit of $250 or five meals each year. This means a single lobbyist and the business that pays him can spend $400 each year to purchase 11 meals for every public official in Alabama. For the 141 Legislators alone that would allow total spending of $56,400 on 1551 meals … liquid or solid.

There are approximately 700 registered lobbyists in Alabama, which means each and every year there will be nearly $300,000 available to purchase nearly 8000 meals for members of the Legislature alone. Somehow, I don’t think our senators and representatives are going to go hungry or be thirsty under the new law.

Now to the big loopholes:

No limitation remains on the amount a lobbyist, his association, or business can spend on travel, meals, liquor, and lodging for officials and their spouses to attend an “educational” function sponsored by a lobbyist or business entity. I envision a lot of educational seminars near golf courses.

An educational function, according to the bill, must be organized around a formal program and “could not reasonably be perceived as a subterfuge for a purely social, recreational or entertainment function.”

Then there’s the “widely attended event,” where there would be no limit on what a lobbyist or his client could spend. This could be a meal or reception where over 12 people “with a diversity of views or interests” are invited. Oddly, they also found a reason to exempt “work sessions,” but that term is not defined. I wonder why.

Legislators and other officials will still be able to attend events such as the receptions sponsored by associations and businesses, usually during a legislative session. They also can attend events such as the Business Council of Alabama’s annual meeting or other events and receptions sponsored by businesses and associations. No reporting will be necessary on these types of functions until the $250-per-day limit is exceeded.

Some positive bills were enacted. The transfer of political funds between Political Action Committees (PACS) was limited to some extent. The Ethics Commission was given subpoena power, but only if four of the five commissioners approved and a provision was attached providing an avenue to quash the subpoenas. Legislators were prohibited from earmarking funds for their pet projects. Lawmakers were prohibited from holding a second state job.

How does Bob Riley benefit from the session?

Most observers around the capital city believe Gov. Bob Riley virtually slapped Gov.- Elect Robert Bentley in the face by calling special session on ethics that Bentley had planned to convene during the upcoming regular session. The conventional wisdom is that Riley wants to be able to call himself “the ethics governor” in his campaign for the Republican Presidential nomination.

I think there is another reason.

In the past year, three ethics complaints have been filed against Gov. Riley, and I am told they remain pending at the Ethics Commission. They were filed by Bill Johnson, a former member of Riley’s cabinet and candidate for governor in the GOP Primary; Bradley Unruh of Warrior, former chair of the Alabama Young Republicans and a former member of the State GOP Steering Committee; and Billy Robertson, an economic developer in Houston County. I have been told the Ethics Commission is investigating one or more of these filings against Riley.

I believe the other reason is that Riley wants to curry the favor of the commission and its director, Jim Sumner. It is very interesting that language buried deep in one of the ethics bills expands Sumner’s authority to dismiss complaints. I will address that subject next week.