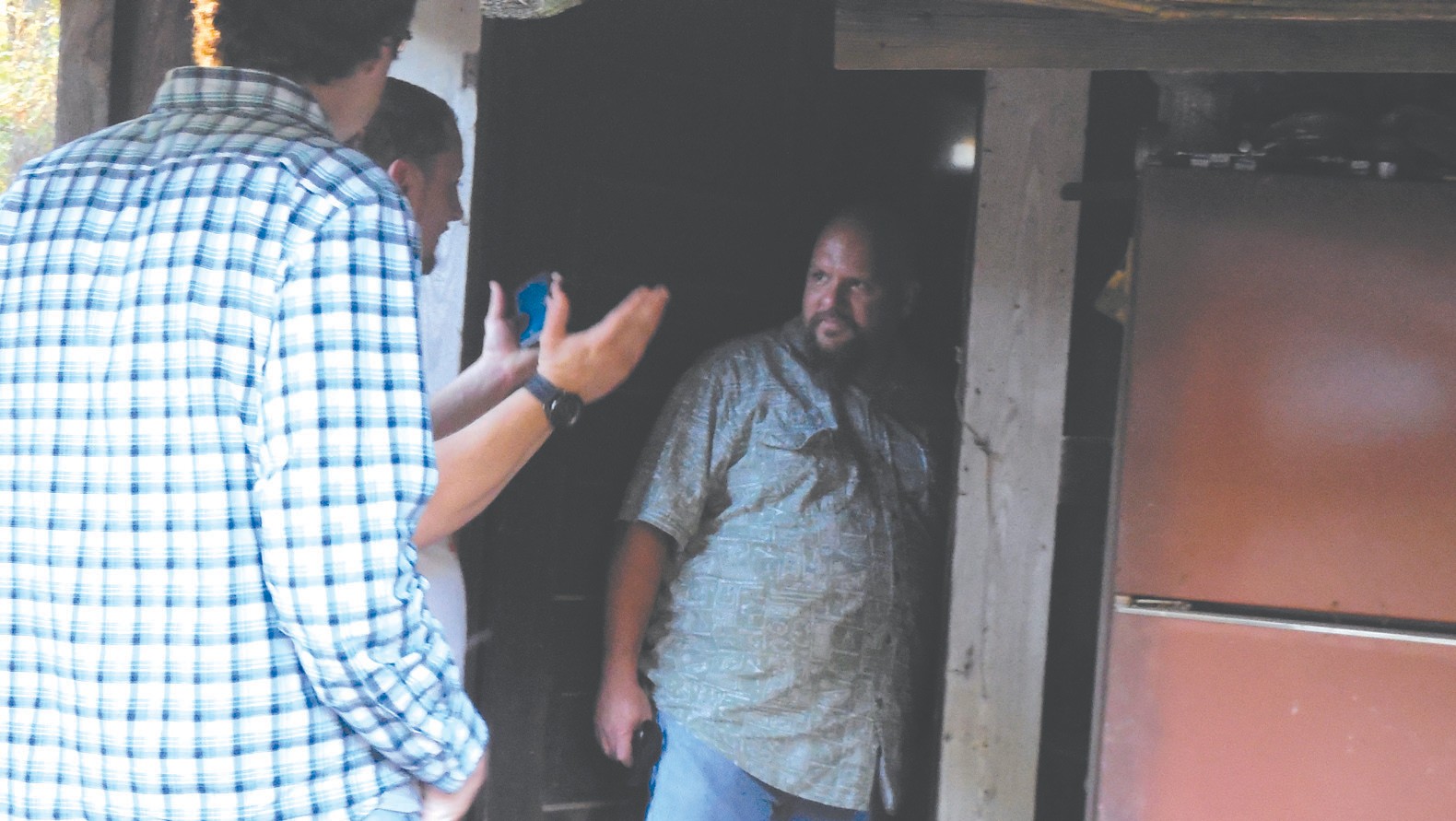 WCRL morning show host Jeremy Lesley was one of the few brave enough to venture into one of Blount County’s most haunted areas.

With the recent release of some horror movies, it might seem Hollywood is picking from the bottom of their barrel of ideas. Well, I sincerely hope a screenwriter is reading this because Blount County could have one of the best horror plots ever.

When I was asked to go on a ghost hunt with the guys from the 95.3 WCRL morning show, I expected us to go out to a random Blount County cemetery, sit in a circle, and listen to some person give us a history lesson.

I was ridiculously wrong. 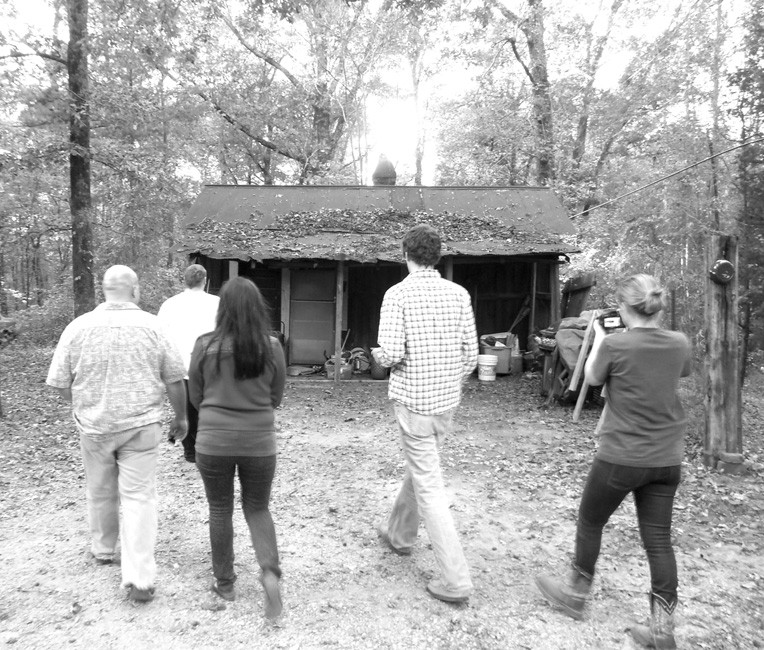 Staff from WCRL and Alpine Advertising walk to an abandoned slave house.

The place these guys found was the haunted jackpot of Blount County. Throughout the night I was asked not to be too specific about the location or names and sometimes on what actually occurred in certain places. But, I don’t think that will take away from the story.

What I can tell you is that our journey began in the Hayden/Blount Springs area on an old dirt road with no street lamps or cell phone service.

I joked on the way to our destination that it was the perfect beginning to a horror movie – seven people from the media going out to document ghost stories.

It wasn’t funny when we actually got there.

As we neared the end of the road, we saw a man sitting on his porch and decided to introduce ourselves. As luck would have it, this guy completely turned the night around with one question.

“So, y’all wanna go see the slave homes behind the house?”

Isn’t that normal? Doesn’t every house have three slave houses in their backyard?

That’s not even the weirdest part.

According to the man we met, one of the slaves had an affair with the owner’s wife. This led to the slave being chopped up with an axe and burned in the fireplace that still is in the home.

And, to make this place even scarier, our tour guide informed us that 13 to 15 bodies were down a well near the slave houses where allegedly a serial killer in the 1960s had thrown the bodies of those he had killed. Whether this is docu- mented or not is unclear.

If there was any place where scary stuff was bound to happen it would be in this place, and this man had experienced it all.

Doors slamming when people argued. Sounds of footsteps, chopping wood, and horses galloping. People being grabbed. Shadow figures appearing. Pictures falling off walls. So much history and paranormal activity that a famous ghost-hunting show on the Travel Channel contacted them in order to film an episode on their property.

They denied the request, but it solidifies the authenticity of just how creepy this place is.

Understandably, I had to ask this man why he still lived on a property such as this.

As we walked around the area I felt a sort of disorientation but couldn’t really explain it until Courtney, a video editor from Alpine Advertising, spoke up.

“Did you guys feel the heaviness in that last slave house?” she asked.

That was the perfect word: heaviness. You could almost feel the history, as if you stepped back in time.

The man we met told us to visit the white house up the road for some more information about the area, and around this time the sun was beginning to sink below the horizon. I don’t know what it is about the dark but it makes everything 10 times scarier, which was perfect for the place we were about to go.

The lady in the white house, who also wanted to remain anonymous, invited us to go with her to another house down the road.

I never in my life would have expected to see a house like this down an old dead-end dirt road.

It was a beautiful, Victorian-looking, two-story blue and white home built in the late 1880s with a big front yard. But, what happened in the house was less than beautiful.

Allegedly, a man committed suicide in this house by shooting himself in the chest with a shotgun after he had just prepared dinner for his girlfriend.

In addition, a young girl had been struck by lighting and died in the house, according to our guide. Supposedly, people have heard a child laughing while in the house.

Just a reminder: This house and the slave house property are less than a quarter-mile from each other. When I say this is the scariest road in Blount County, I’m not lying.

During our time in the blue house, I can’t say I saw anything, but my hearing is just fine. Right before we were about to walk into the room where the supposed suicide had taken place, I don’t have a good explanation for what happened. Everyone else was headed into the doorway besides me and two other guys who were standing next to me when I heard a noise behind me. Of course, it is an old house after all, but immediately when I heard this growllike sound, Justin, with the morning show, spun his head around too.

“You heard it too, didn’t you? What did it sound like?” I asked him.

Exactly. Except there were no dogs in the house.

My advice to you

Luckily, or unluckily, depending on what kind of person you are, that was all I witnessed that night. Others in our group saw flashes of light, heard footsteps, and saw shadows.

Unfortunately, I can’t document all that occurred, because that would take a series. But, just know, that if you are ever traveling in western Blount County, and find yourself down an old dirt road with a blue house on it, turn around. You won’t like what you find. Or what might find you.