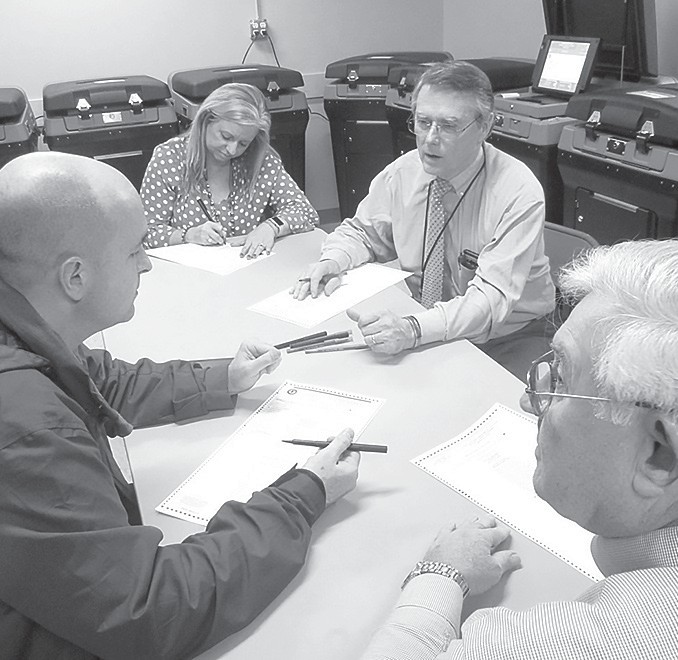 In the background are several of the 27 voting machines required to service the election in Blount County. The one behind Green with the screen showing is the one under the gun at the moment. Each official is filling out one of the six different ballot versions that will be used somewhere in Blount County on March 3. They are intentionally making errors – marking extra boxes and/or creating random superfluous marks – to see if the machines correctly “catch” the errors and return the ballots for correction.

Blount County building maintenance superintendent William Blythe is not in the photo because he’s sitting at another table doing the most critical job – grading the machine test. He’s got to determine whether the machine caught all the errors and correctly tabulated the valid responses. They did, during the two and one half hour test session. This final test is in addition to two previous certifications – once by Election Systems and Software, the company providing the leased machines, and again by the Blount County maintenance department responsible for double checking their accuracy.

The press and the chairman of each party’s county organization are always invited to attend this final test event. The object is to confirm the successful demonstration of machine accuracy, so they can reassure their respective constituencies and the voting public that their votes will be accurately counted and tabulated.