The Governor and Rebekah Mason 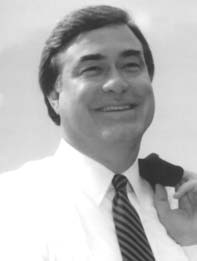 In early 2009, Dr. Robert Bentley came to see me about his race for governor. Bentley was finishing his second term in the Alabama House of Representatives and closing down his very successful dermatology practice in Tuscaloosa.

I liked Bentley immediately and thought it was magnanimous that he would want to spend his retirement years as governor. I did not give him much of a chance and predicted he would run a respectable third in the race. However, he surprised everybody, probably even himself.

I offered Bentley the opportunity to appear with me on my 30-minute Public Television show,“Alabama Politics.” He gladly accepted and arrived with only his wife, Diane. The two of them were traveling the state together with Diane driving him. After his victory, Bentley returned to the show as Governor with the usual entourage of staffers and troopers. One of the staffers was Rebekah Mason.

Dr. Bentley is a good man. He did an exemplary job his first four years as governor; although he inexplicably had a dismal track record with the Legislature. Even though they all were Republicans, the House and Senate treated him with complete disdain. Therefore, his first term lacked success as far as initiatives. Even still, Bentley remained extremely popular with the voters and was overwhelmingly reelected in 2014.

During Bentley’s first term, he stayed in touch and thanked me for favorable columns, but I heard very little from him during the 2014 campaign year.

In January of 2015, when I sat down for an annual visit with a contemporary of mine, who is the most astute political guru in the state, I casually mentioned to my friend that I had not heard from the Governor all year. The gentleman, who by the way was an integral part of planning the Governor’s inauguration replied, “Steve, nobody has.”

He privately told me that the Governor, at 72, had fallen head-over-heels in love with his 45-year-old girlfriend, Rebekah Mason, and was spending every waking hour with her. He further informed me that it was uncertain whether Bentley’s wife or four sons were going to attend the inauguration. Mrs. Bentley was so fed up with his affair that she only acquiesced a few hours before the event.

Ironically, a week later I was standing in the rotunda of the Capital after Governor Bentley’s State of the State speech and Rebekah Mason came up to me and said,“Steve, the Governor really appreciates the power of your pen and the first thing we do every Wednesday morning is I read your column to him.” I didn’t quite know what to say or take from the comment.

Well, as you know, Mrs. Bentley filed for divorce late last year. It was assumed that the dissolution of the 50-year marriage was over a romantic interlude, but the divorce was quickly settled and sealed. Dr. Bentley agreed to a 50- percent settlement with the agreement that there would be no comment about the divorce or peripheral reasons.

Surprisingly, the divorce and rumored relationship seemed to dissipate as an issue. The mainstream media left it alone. In the meantime, Mason took on a significant role as the Governor’s advisor and it appeared to all involved that she was the governor. Her overt, forthright and offensive approach in all important meetings with the Governor further alienated Bentley from the legislative leadership.

A number of Bentley’s cabinet members are his former legislative buddies. His best legislative companion was Spencer Collier, who he made head of the Alabama Law Enforcement Agency (ALEA). You know the rest of the story. When Bentley fired Collier, he fired back. That gave the media the door they needed to open the Rebekah Mason can of worms. It is suspected that the salacious tapes were leaked to Collier by Mrs. Bentley or a son.

The bottom line is Dr. Bentley has quietly fallen in love in his 70s, like a school boy although he looks like the least likely person in the world to have an affair. He has paid a heavy price for his transgression. He has lost half his life savings and is estranged from his wife of 50 years and his four sons.

However, Bentley has done nothing illegal that should prevent him from serving out the remainder of his term as Governor. Impeachment proceedings will go nowhere, nor should they. The leadership in the House and Senate cannot withstand the same scrutiny.

The Biblical admonition that Jesus evoked, “To those who are without sin cast the first stone,” applies to those who would castigate Bentley. There is also a more secular version of Jesus teachings,“Those who live in glass houses should not cast stones.”