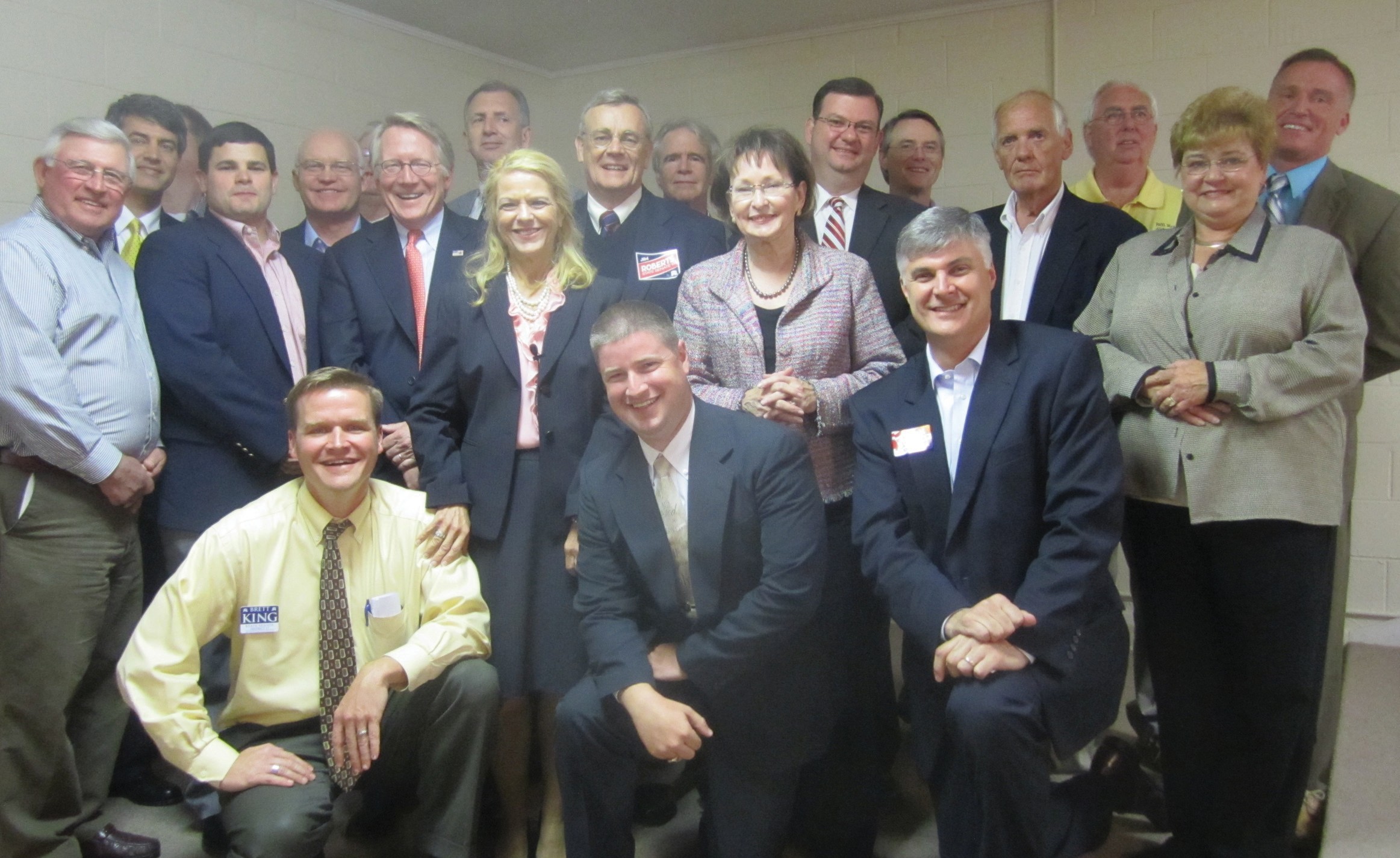 Not all of them, but 22 of the 35 candidates running for Blount County offices, or for state and federal offices directly affecting Blount County, appeared and spoke at the political forum sponsored by the West Blount Chamber of Commerce, assisted by the Town of Hayden, which provided the venue at the Hayden Community Center last week. As you can see from this group photo, they were an unusually upbeat group. All 22 are Republicans. (Maybe that’s why they’re upbeat!) In fact, of the 35 candidates for the 13 offices (6 county, 6 state, and 1 federal) 33 are Republicans. Eight of the 13 races were represented – two of them races with candidates who are unopposed and two races involving districts lying entirely outside the Hayden area. The rally, which played to a packed house of about 125-150, featured three-minute timed talks by each candidate, followed by a free-for-all question and answer session after the formal program concluded. Best one-liner of the evening: one candidate for the U.S. House seat referred to ‘all 55 of the other candidates who are running against me in this race.’ (There are actually eight candidates vying for the office.) Terry Lewis, executive director of the West Blount Chamber and lead organizer for the event, said the chamber is considering a runoff forum after the June 3 primary. – Ron Gholson