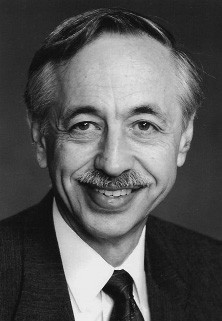 One of the delights of growing old is the ability to admit your failures and flaws. That’s because there is no use in denying what everyone can clearly see.

What they can’t see but what I know is how hard college was for me. Having attended 12 schools in two states between the ages of 6 and 14, none of them very good, I was woefully unprepared for science, math, and foreign languages.I did fine in English and history, but unfortunately, colleges demanded more than that. Had the college I attended required an SAT score, they would have laughed as they sent my rejection letter.

It didn’t help that I was essentially a firstgeneration college student (my paternal sharecropper grandfather could not read or write until late in his life; my father did not complete high school and my mother began college while I was working on my Ph.D.).

Furthermore, there were money problems. My mother was a homemaker, my father a salesman.

As much as middle and upper class Alabamians may not know it, there are hundreds of thousands of children in Alabama like I was in the mid-1950s: full of dreams; poorly prepared academically; few financial resources. But I had two enormous advantages over them; I won a debate scholarship (not based on academics, I emphasize, but upon a Baptist ministerial student’s gift for argumentation, which is legendary); tuition at Howard college (now Samford University) was only $150 per semester) which was within range of my scholarships, savings from multiple jobs, and my father’s modest salary.)

By beginning college in the summer three days after graduating high school and attending year-round, I also graduated in three years. There were also plenty of other first-generation college students just like me in my freshman class. Here are some of the reasons why what was possible for me is not possible for the current generation of Alabama working class students.

Alabama doesn’t invest much in the future of its children. Our total tax burden consistently ranks last of the 50 states, or close to it. That starves public schools, resulting in students as poorly prepared for college as I was (some 40 percent have to take remedial courses to make up their deficiency). Fellow citizens: Rejoice about your low taxes, but worry about the future of your children.

Some colleges and universities engage in a recruiting arms race for the declining pool of traditional students (18-25-yearolds from upper middle and upper classes who attend university full time, mainly in the daytime, and live on campus or adjacent to it).

Many of these relatively affluent students and their parents demand fancy, condo-like dorms, opulent student centers, and other amenities. Furthermore, some universities fund the extras (new recreation and student centers, sports facilities, athletic teams) by bond issues paid by increased student fees. Sometimes they ask students to vote on such perks. Most students who vote for them seldom understand that every student fee increase causes a certain percentage of working students to drop out of college.

‘Arms race’ for elite students drives up tuition for everyone

Universities compete fiercely for a small number of elite students. They discount tuition by awarding merit-based scholarships funded by increased tuition on everyone else. High SAT scores and the number of National Merit Finalists become the bragging point for Alabama colleges and universities. Meanwhile, Federal Pell Grants, available to poor working-class students based on need, cover a smaller and smaller percentage of total expenses.

Administrative bureaucracies increase at a rate faster than student enrollment. Alabama should require every state institution to compare the number of staff and administrators in 1990 with 2010. If the percentage increase is higher than the percentage of increased enrollment, the school should explain why this happened. There may be good reasons, such as increased federal reporting requirements. But poor and working-class kids are often casualties of this administrative bloating.

We don’t value non-traditional students (older adults returning to college; students who have to work full time or part time to pay tuition; students with families to support; students who have to attend at night). These students may not dominate deans’ lists, but their lives depend just as surely on a college degree as do National Merit Finalists.

How many of ‘the least, the last, the lost’ have you graduated lately?

Here is my challenge to higher education in Alabama. Evaluate the success of colleges and universities not only by the number of National Merit Finalists in the student body or the number of national football championships won, but by the number of first-generation college students graduated.

Wayne Flynt is Distinguished University Professor Emeritus, Auburn University, where he taught history for 28 years, following a 14-year period as a faculty member at Samford University. He has authored and co-authored 12 books, dealing with Florida politics, evangelical religion, poverty, and three broad surveys of Alabama history. “Keeping the Faith”, his recent memoir about his life as an activist academician, is an absorbing read. He has long been a community activist for both poverty and education related causes, serving as founder of the Alabama Poverty project and on the board of the Alabama A+ education reform coalition among other projects. One of the most decorated of Alabamians, his honors and awards are legion, including, among many others, the Hugo Black award for service to Alabama and the nation, the Alabama Academy of Honor (100 living Alabamians), and 18 teaching awards over his career at both Samford and Auburn. He was the founding general editor of the online Encyclopedia of Alabama, from which he retired in 2008.