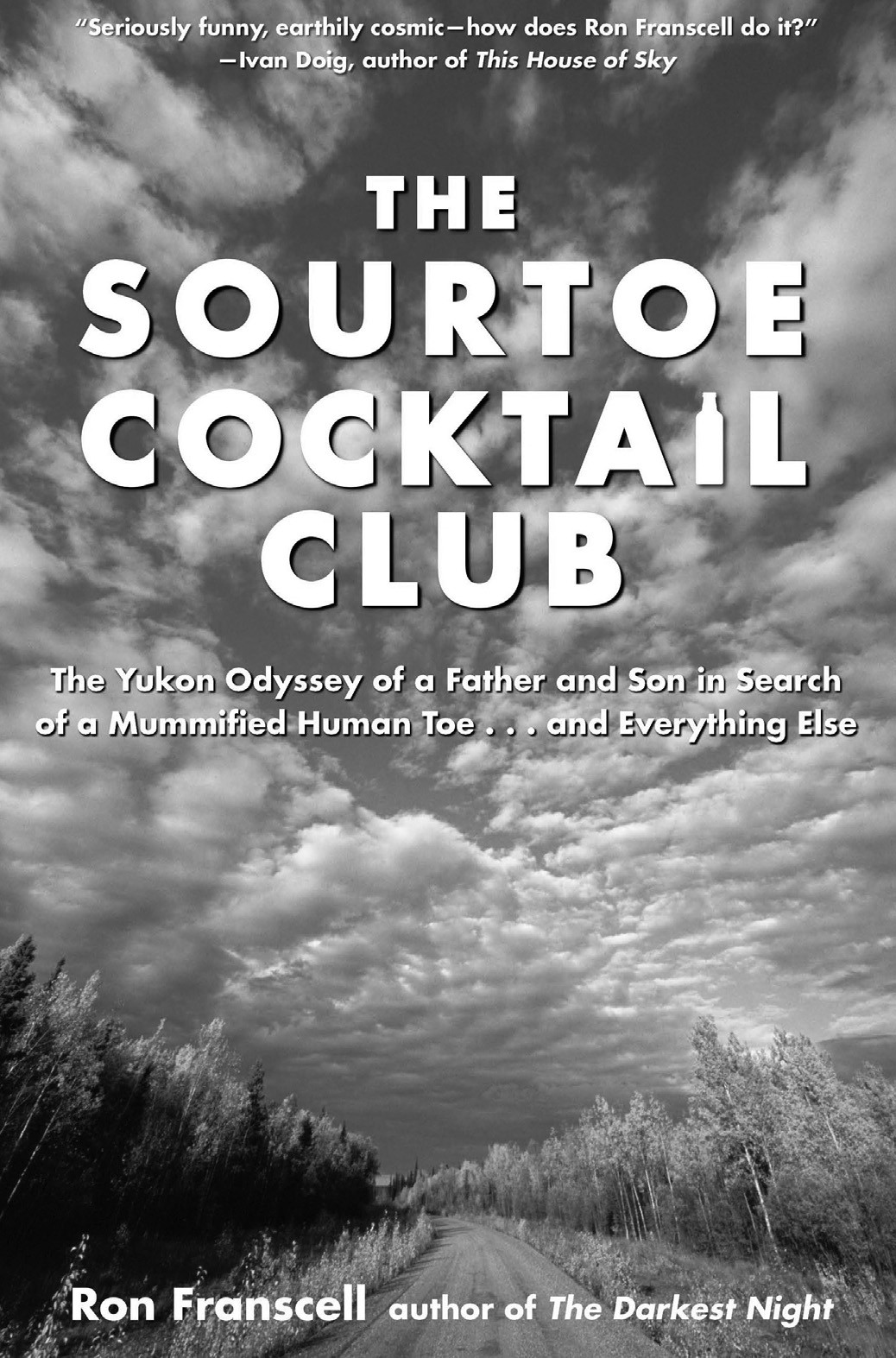 Once upon a time, you wanted to be just like him.

The man you called “Dad” was your hero back when you were small. You looked up to him, literally. He was the guy who could fix anything and create everything. He was strong, smart, fun, resourceful and, particularly if you were his son, you wanted to be just like him when you grew up.

And when you grew up, you were afraid you’d be just like him.

Fathers and sons, oil and water. It’s been like that since the beginning of time, but in the new book The Sourtoe Cocktail Club by Ron Franscell, you’ll read about one man, his son, and the ultimate buddy trip.

Some time back in the 90s, Ron Franscell died.

Not in the literal sense, of course. In the weeks after a Christmastime split with his wife, he died a little in his soul and spent sleepless, tear-filled nights mourning what he missed and missing his children. As the son, grandson, and great-grandson of absent fathers, he was particularly afraid for his young boy, Matt, to whom Franscell was unwillingly, unintentionally passing on a terrible legacy.

Then, once, in passing and to maintain a string of connection, Franscell told Matt the kind of gee-whiz story that fathers tell their sons. It was about a certain bar in the Yukon where patrons were challenged to drink a beverage in which an embalmed human toe floated.

The Sourtoe Cocktail topic surfaced now and then over the years, off-hand and musingly. Franscell was secretly pleased that the idea intrigued Matt, and the “what-if” dream started to become a “why-not.” So, the summer after Matt’s first year in college, father and son left their respective homes in Texas and Wyoming and headed north.

While they traveled, they argued like fathers and sons have done for eons. They ate good roadside food, drank cheap beer, and were amazed by history, geography, and their differences. They discussed music, movies, women, superpowers, and mortality.

And, ten years after he had died, Ron Franscell began to come back to life.

Throughout your life, there will be many missed opportunities, lots of things left unsaid, and even more regrets. Reading this book won’t be one of them.

Immersing yourself in The Sourtoe Cocktail Club is like having a buddy movie in your hands. It’s a history lesson and a geography lesson. There are laughs in here and not just a few tears. Most of all, love between father and son shines from the pages of this book in megawatts, even though it’s sometimes cloaked in sarcasm. And then, just after author Ron Franscell wrings his readers completely dry with his soul-baring, he wraps it up with a happy-ever-after that will leave you beaming.

I loved this book (had you figured that out already?) and I think that, if you’ve ever butted heads with a father, a son, or both, you’ll love it, too. The Sourtoe Cocktail Club is, in fact, worth jumping into, feet-first.