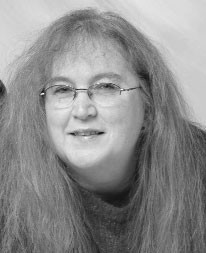 Finding good books is easy. Check out local libraries and bookstores. Following are suggestions for books you may enjoy. PAPERBACKS

Connie Briscoe’s last novel, Sisters & Husbands, is now in paperback. It’s a story about a woman who can’t seem to settle down, particularly since she’s seen her sister’s marriages flounder.

Another paperback novel to look for is These Things Hidden by Heather Gudenkauf, a book about a woman who wants to put her past behind her and re-connect with her sister after a prison term for a crime that happened long ago. But the past can’t always be hidden.

And don’t miss Color Me Butterfly by L.Y. Marlow, a novel based on a true story of four generations of mothers and daughters – also in paperback.

Best thing about a paperback is that you can buy more with that gift certificate you may have gotten. SOMETHING DIFFERENT

Try Blood Contract by Biola Olatunde, which is set in the Niger Delta. It’s the story of a man who tried to escape his past by leaving his village, until that very past pulls him back.

Set in Ireland, They Never Gave Up by Linda Penhall is the story of two women, their lifelong friendships, and the support they give one another.

The Savion Sequence by D. Amari Jackson is a little new age, a little fantasy, and a little mystery, set partially in the Sahara and partially in North Carolina.

All these books may be a little difficult to find, but if you’re in the mood for something completely unusual, give them a try. JUST THE FACTS

If you’re getting married, look for Offbeat Bride by Ariel Meadow Stallings, which will give you lots of ideas and make your special day as perfectly unique and non-traditional as you are.

If you’ve got a daughter (or if you are one), look for You’re Grounded Forever … but First, Let’s Go Shopping by Susan Shapiro Barash, a book that discusses the ageold mother/daughter battles and what can be done to stop them.

For the artist in you, grab You Can Draw in 30 Days by Mark Kistler, which is a cool book that will unleash your creativity, even if you think you can barely hold a pencil.

If there’s a 20-something in your family, look for Not Quite Adults by Richard Settersten, PhD, and Barbara E. Ray. This is a book to help you understand why your post-teen is still a kid (to you) and why it’s a good thing. And if you’ve got other challenges in your family, you’ll want to read Siblings and Autism, edited by Debra L. Cumberland and Bruce E. Mills, an anthology of true stories from people who have brothers or sisters with the autism spectrum.

I also liked Yellow Dirt by Judy Pasternak, which is a chilling historical account of nuclear development and what happened when the government knowingly contaminated an entire tribe of Native Americans. If you’re looking for outrage, this is your book. Another outraging book is American Plastic by Laurie Essig. How does our love of plastic money affect our plastic lives? Read on … REAL CRIME

Look for Stay in Your Lane: Judge Karen’s Guide to Living Your Best Life by Judge Karen Mills-Francis, who is the star of the syndicated TV show Judge Karen’s Court.

I also liked Double Play by Mike Weiss. This is a true crime story of the double murders of George Moscone and Harvey Milk. It includes a DVD and new information you might not know. BIOGRAPHIES/MEMOIRS

If you crave a biography or memoir, then try My Week at the Blue Angel and Other Stories from the Storm Drains, Strip Clubs, and Trailer Parks of Las Vegas by Matthew O’Brien. This is a collection of stories – all true – about the people who live on the edges of Las Vegas, and it’s a definite don’t-miss.

Then look for Good Behavior: A Memoir by Nathan L. Henry. That’s a book about the author’s year in jail, what got him there, and how he turned his life around.

And if you still want more life-stories, grab Learning to Die in Miami by Carlos Eire, which is the tale of a man who came from Cuba in 1962 with his older brother, and how he adjusted to his new life and his new country. DON’T FORGET THE KIDS

If they’re little, look for Not All Princesses Dress in Pink by Jane Yolen and Heidi E. Y. Stemple, illustrated by Anne Sophie Lanquetin. That’s a great book for the little princess who must wear blue or green now and then.

Your young reader will also enjoy Memoirs of a Goldfish by Devin Scillian, illustrated by Tim Bowers. That’s a funny story about a very crowded fish bowl – and here’s the bonus: it’s a Mom’s Choice Award-winner.

I really liked Even Monsters Need Haircuts by Matthew McElligott, which tells the story of Ultimate Bad Hair and a monstrous beauty parlor. And I loved The Prince & The Gift by Janet H. Surette, illustrated by Tasha Nalini Maraj. That’s a book with a lesson for kids who need it, but it’s such a pretty book that they’ll never notice.

Middle-schoolers will like How to Trap a Zombie, Track a Vampire, and Other Hands-On Activities for Monster Hunters by A.R. Rotruck. Published by the Dungeons & Dragons folks, this book is funny and very fun for young wizards. I also liked Beast Friends Forever: Book 1, Meet the Beast by Nate Evans and Vince Evans. Part comic book, part chapter book, this is a great bridge between the two, and your young monster-lover will love it.

And if you’re heading on vacation this year, check the bookstore for Cool Stuff Every Kid Should Know by Kate Boehm Jerome. This is a series of books, each focusing on a specific city, its history, sites, and trivia. The books include pictures and plenty of information for the young vacationer. Cincinnati, Orlando, Dallas, Tampa, Atlanta, Houston, Buffalo, and Charleston are available now … more books are slated to be released in the coming months.

For teenagers, look for The Twin’s Daughter by Lauren Baratz-Logsted, a gothic novel about two girls separated at birth and the creepy things that happen when they unite as grown-ups, one with a daughter who sees too much. I also liked The Beef Princess of Practical County by Michelle Houts, a novel about one girl’s week at the county fair after months of preparation and weeks of avoiding the nastiest girls in her small Indiana town.

And if you’ve got a Twilight fan who’s chomping for something to read, look for iDrakula by Bekka Black. Get this book, and they’ll say fang you very much (sorry, I couldn’t resist).

And there you are: a few dozen ways to spend a few hours in a library or bookstore, and then curled up with a book you’ll love.