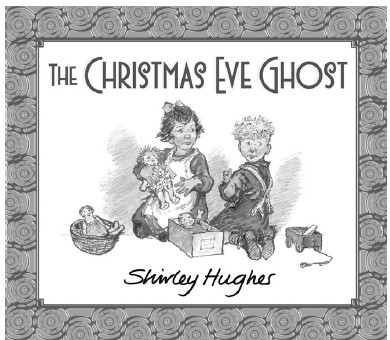 Imagine that it’s Christmas Eve and you’re waiting for Santa to come. You should probably be asleep, but wouldn’t it be awesome to see him in your living room?


So what would you think if you heard a noise? Could that be Santa and his elves? Or was that the scratching of reindeer hooves, times eight?

In the new book, The Christmas Eve Ghost
by Shirley Hughes, two young children know it’s not Santa they hear at the back of their house. It’s too scary to be Santa!

Bronwen and Dylan hadn’t lived in Liverpool long; they moved there from Wales after their Da died and their Mam needed a job. 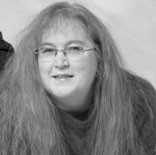 Every weekday morning, long before Bronwen and Dylan awoke, Mam left the children sleeping as she walked from house to house, pushing the old pram filled with laundry. She hated leaving the children alone, but she always returned in time to make porridge for breakfast. On Sundays, they went to Chapel together.

In the house next door lived Mr. and Mrs. O’Riley and their two sons. Mr. O’Riley and the boys worked at the docks in good times, and they stood on street corners in bad times. They did not go to Chapel, even though Bronwen peeked once and it was a beautiful building. Mam sternly told Bronwen that the church was “for a different sort of people, not their kind,” and Bronwen was ordered to stay away.

There were no washing machines in those days, and well-off people were happy to have Mam do their washing. It was a hard job and Mam was tired at the end of the long day. Most nights, though, she saved enough energy to spin ancient tales and legends of green valleys, dragons, and ghosties.

On the afternoon before Christmas, Mam left the children at home so she could finish shopping. She wanted to get them something special, so she warned them not to open the door and to stay quiet. All alone, Bronwen and Dylan were playing on the floor of their flat when they heard a noise. Plonk! Plonk!

The children ran outside as fast as they could, away from the ghost and … right into the nicest Christmas present anyone could have given them.

Looking for a children’s book to set the season this holiday? If you want something very different, grab The
Christmas Eve Ghost.

Based loosely on her Liverpudlian childhood, author and illustrator Shirley Hughes tells a tale of a Christmas that barely happens, and the gift of unlikely friendship. I loved the lesson in this book, subtle as it was, and I was absolutely smitten with the illustrations. This is the kind of book to read, savor, and discuss, particularly in this time when we gather our friends and family close.

If you plan on giving a book to your favorite kid this Christmas, here’s one to find. For you, The Christmas
Eve Ghost
is a sound choice.