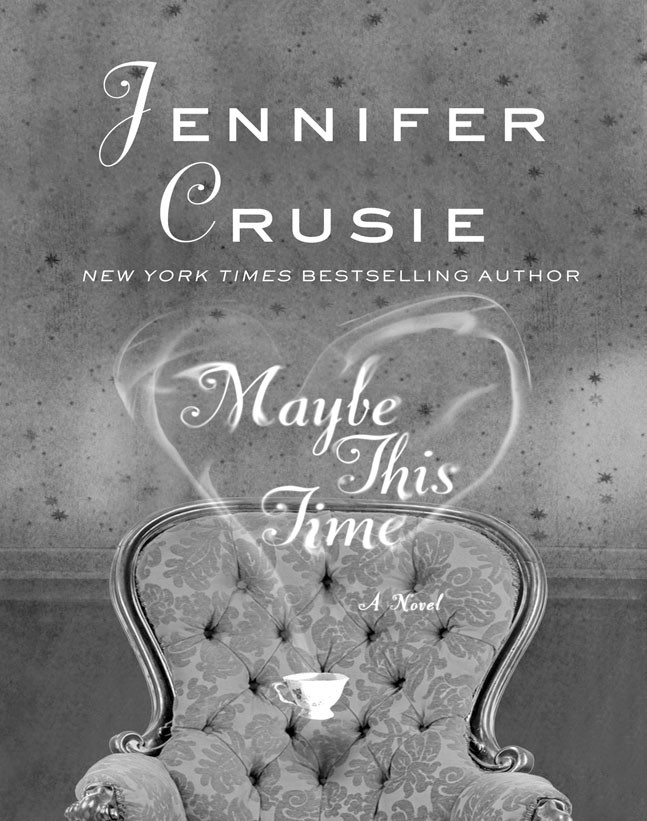 People in love do the dumbest things.


In the grip of amore,
they’ll travel anywhere to be with their beloved, heedless of the price of travel these days. Risking all kinds of communicable disease, they kiss and hug repeatedly. In public – public! – they call one another by mooshy nicknames.

It’s almost as if they’re possessed.

In the new book Maybe This Time
by Jennifer Crusie, Andie Miller really is possessed. And it’s going to take love to get her out of it. 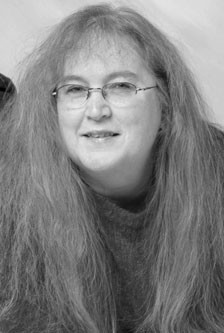 In the 10 years since Andie Miller divorced North Archer, Andie thought for sure she’d gotten him out of her system. She had loved North passionately back then, but when he inherited his family’s law firm, he stopped noticing her and that was intolerable. Now, newly engaged to be married, Andie needed closure and was sitting in North’s office to get it.

It surprised her, therefore, when North abruptly asked her for a favor: would she go to southern Ohio for one month to care for two orphaned children who had suddenly become North’s wards? He planned to bring them to Columbus, but there was much preparation to do first.

Eight-year-old Alice and 12-year-old Carter had seen their share of loss. Their mother died giving birth to Alice, their father died in a car accident, their aunt died in a fall, and countless nannies came and went.

Oh, and one other thing: the crumbling, imported from-England castle in which the children lived was haunted.

Scoffing, sputtering, bull-headed, and unwilling to turn down a challenge, Andie agreed to put her life and her engagement on hold for one month. North was paying her for this favor. How hard could it be to care for two kids?

Alice was given to fits of screaming. Carter rarely spoke. Mealtime was a struggle, the children needed tutoring, hygiene was an issue, and they were weirdly close. Determined, Andie slowly gained their trust as she began to lose her sanity.

What was wrong with her? Her dreams were too vivid, she couldn’t get North out of her mind, and she was beginning to see things.

Ghosts don’t exist… do they?

Okay, so you think you’re not a fan of romance novels. All that boy-meets-girlloses girl-gets-girl stuff makes your eyes roll. Me, too, but I was positively enchanted by Maybe This Time.

In a cute, very different, and genuinely funny departure from other novels in this category, author Jennifer Crusie presents a whole raggedy castle full of charming rogues, schemers, free spirits, and one creepy doll. Yes, there is a romantic element in this book but since it’s not the only plotline here and there’s an air of mystery, too, it fits. Watchful readers may see clues to the ending (and, surely, they’ll catch a good-sized continuity error), but neither will ruin the enjoyment of this book.

Autumn evenings always feel a little shivery, which makes Maybe This Time
the perfect fall diversion. Grab a warm blanket and this book – it’s a good one to have in your possession.

The bookworm is
Terri Schlichenmeyer.

Terri has been
reading since she was
3, and she never goes
anywhere without a
book. She lives on a
hill in Wisconsin with
two dogs and 11,000
books.