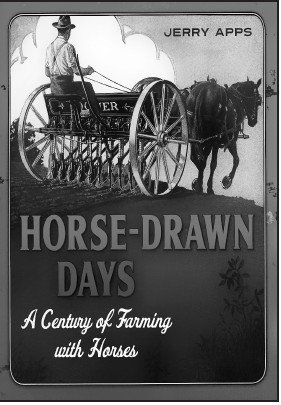 You must’ve driven by the lot six or seven times before you stopped, before the gleam of that machine drove you in for a look-see. You don’t need a tractor but sometimes life is all about want, not need.

And you want that tractor.

Its engine is guaranteed to start in cold weather and the PTO has exactly what you require for farm work. It’s got enough horsepower, too, and there’s a deluxe leather seat in the air-conditioned cab.

Probably, since he got his horsepower in the form of horseflesh, as you’ll see in the new book Horse-Drawn Days: A Century

of Farming with Horses
by Jerry Apps. 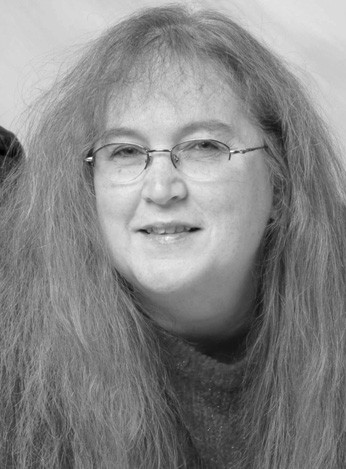 Long before that gleaming tractor was a gleam of an idea, horses were the main mode of transportation, plowpulling, wagon-hauling, and snowclearing. Everybody, town and country alike, had or used a horse or three to do heavy work.

It wasn’t always that way. Oxen were the original “team,” but farmers learned that horses were quicker than a pair of ponderously-moving bovines – even though the oxen ate less and could be eaten themselves. Mules, too, were sometimes found behind a plow, but horses were much more popular. In 1915 – before cars took over the roads – nearly a million horses lived and worked in Wisconsin alone. Apps says that in that year, 94 percent of Wisconsin farms utilized horses.

Despite horses lightening a farmer’s workload, just getting a team ready was a chore. Harnessing itself took several careful steps before the real work started. Then a farmer could look forward to a long, dusty day walking or pitching, loading or unloading, hauling and stacking. And woe to the farmer whose horses spooked…

But it wasn’t all bad; in fact, there are reasons why old-timers smile wistfully at the memory of farming with real horsepower. Horses were pets, friends, family members, partners, and helpmates, as well as the occasional GPS for a tired farmer on his way home. They were wonderfully, cheaply fuel-efficient: hay in, fertilizer out. Unlike that tractor you’re drooling over, a horse always started in cold weather. He never needed expensive gas or oil, he ran quietly without a computer chip, and he never “broke down” when you needed him the most.

Know somebody who loved to horse around in the fields? Do you love the smell of horse and old leather? Then this book will be a pleasure.

Author Jerry Apps, himself a former farm kid, can tell a story like nobody else – and he does it here aplenty. Using personal stories, old photos, magazine ads from bygone days, trivia, and recollections from former farmers, Apps practically chats with his readers in this book. That, and the easy images Apps evokes, gives Horse-Drawn Days
the comfortable feel of a neighborly visit or an across-the-fence jaw-session.

For re-creationists, back-to-nature sorts, horse lovers, former farmers, or anybody who longs for a time when life was slower, Horse-Drawn Days
is a perfect read. If you’ve got any horse sense at all, you won’t miss it.