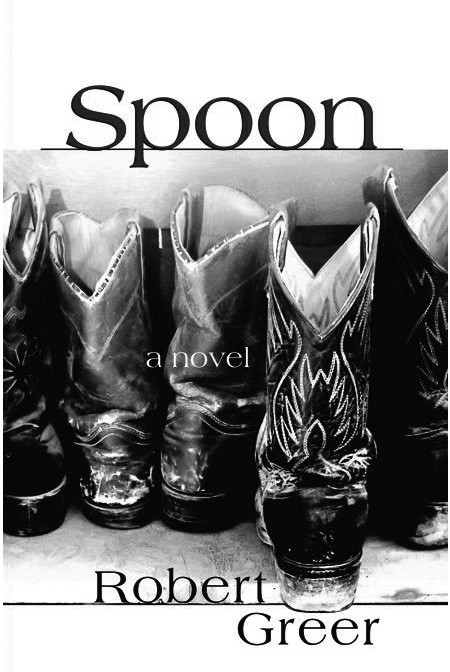 Ask your mother, and she’d probably say it was one of your favorite words. From the time you were old enough to talk, she heard it plenty enough: “Mine!” Everything was yours. If it belonged to someone else, it was yours. Even if you didn’t want it, it was yours.


You eventually grew out of that (more or less), but though your grown-up sensibilities recognize that possessions are just things, you still protect them.

To what lengths would you go to ensure the safety of your stuff? In the new novel Spoon
by Robert Greer, a ranching family gets help in preserving a generations-old way of life from a tumbleweed just passin’ through. The first time TJ Darley saw him, he was walking along the interstate with no boots. Arcus Witherspoon – or just Spoon – had lost his footwear in a poker game, on the way to searching for his roots. Half black, half Crow or Cheyenne or something, Spoon needed to know his kin. 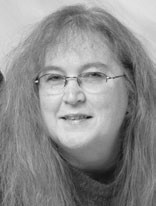 The bookworm is Terri Schlichenmeyer. Terri has been reading since she was 3 and she never goes anywhere without a book. She lives on a hill in Wisconsin with two dogs and 11,000 books.

And it just happened that the Darleys needed help. The Willow Creek Ranch couldn’t run itself, and Marva Darley wanted her son to go to college up in Missoula, come next winter. Bill Darley agreed, though he wanted to pass the ranch on to TJ, just as his own father did for him.

Although Bill Darley resisted having a hired man, Spoon stepped up to the challenge, moved into the bunkhouse, and quickly made himself useful. Perhaps because of his ancestors, Spoon had The Charm, which meant he could see things into the future. That was handy for the Darleys. Because what Spoon saw that early fall of 1992 was trouble.

Willow Creek Ranch – as well as several other spreads in the valley – was sitting on one of the biggest coal deposits in the country. Acota, a major company with a bottomless bank account, wanted the rights to mine what was beneath the pastures, but most of the ranchers weren’t willing to ruin their beloved land. And Acota wasn’t willing to take “no” for an answer. As tensions increased, the Darleys leaned on Spoon’s knowledge and he leaned on their friendship. But time was running out…

I had my doubts about this book when I first started it. An African American cowpoke is relatively rare in a western novel, but that wasn’t what gave me pause. What I wasn’t so sure about was this psychic “charming” ability of the main character. As it turned out, it was a small facet of the book that paled in comparison to the rest of the story.

Author Robert Greer’s Spoon
is a tad on the predictable side, which is, oddly enough, just what you want in a western. Despite that it’s a modern setting, his bad guys are tough hombres, his good guys are insightful, the hosses are smart, the ladies are purty, the ending is just right, and I liked it.

If you’re looking for comfort reading on a chilly weekend, this is one to grab. Sit yourself down and have a Spoon-
ful soon.