Witness for the redemption 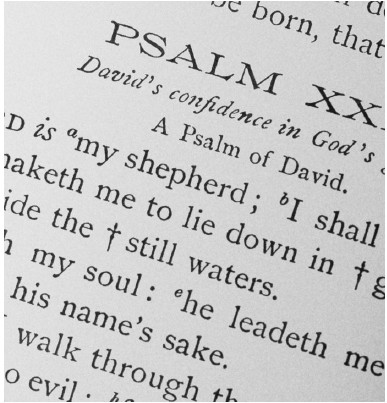 Distinguished surgeons from many lands were watching a delicate surgery by a prominent British surgeon, Lord Moynihan. Afterwards he was asked how he could remain so concentrated. “Well, it is like this:” he said, “there are just three people in the theater when I operate – the patient and myself.” “But that’s only two,” they replied, “who is the third?” Quietly, Moynihan replied: “God.”


I have asked myself whether I might not live with more assurance if I learned to shut out all except myself, my concern, and my Lord. There may be many watching, but if I concentrate on the presence of God, I can see and live through my greatest challenges. Often, I take too many people into the “operating room” with me – and don’t concentrate on the one Presence that can bring me through whatever trial with which I am faced.

Writing this column for 47 years, I’m certain to have told this story at least once before. Early 1960s, the National Council of Churches invited me to participate in an ecumenical youth event visiting churches within the state of Bavaria. While staying in Nuremburg, we were billeted in a pleasant villa. Unfortunately, neither of our hosts spoke English and my German was very limited. We did a lot of nodding and smiling. That evening, preparing for bed, my wife became ill with a worrisome respiratory problem. Our hosts were already in bed and, after considerable discussion, we decided for her to “tough it out” until morning. It took me a long time to fall asleep that night. JUST A DREAM

Sometime later, I “awoke” and became aware that someone was standing at the foot of the bed. I could not see the person’s face, but I “knew” it was Jesus. Clearly, I heard him say, “Fear not!” and the bed began to shake with what seemed a strong electrical current. Nevertheless, I slipped back into a deep sleep and in the morning when we awoke, my wife’s respiratory problem was gone and she said she felt fine.

Now, of course, you’re thinking my experience was “just a dream” – and maybe it was – but I have always been convinced it was not just a dream. Regardless, the command, “Fear not!” had brought me through this time of trial. In light of the Lord Moynihan story, there were just three of us present: myself, the patient – and the Lord.

In Isaiah 43, speaking through the prophet, God addresses the Jewish exiles in Babylon: “Fear not, for I
have redeemed you; I have called you by name, you are
mine. When you pass through the waters, I will be with
you; and through the rivers, they shall not overwhelm
you.”
(43:1,2). Notice that he is not saying: you’ve been good boys and girls, so I will help you. As a matter of fact they were not “good” and their exile was the price of their disobedience. But, though they failed him, he would not fail them: “For I am the Lord your God, the
Holy One of Israel, your Savior…Because you are precious


It is all grace, but it is also all God’s purpose, too: “You
are my witnesses…and my servant whom I have chosen”
(43:10). The nouns “witness” and “witnesses” appear 11 times in Isaiah, for it is to be very clear that as God’s servants (39 times in Isaiah) they are called to witness to his grace. So are we!

Saturday we will celebrate the birth of Jesus and on Sunday we’ll probably put away the Christmas paraphernalia until next year. But the Nativity is not over and, having celebrated his birth, you and I are called to witness to what it means for Christ to have come among us.

William Borden was a dedicated missionary who gave his life for Christ in Egypt. Dr. Samuel M. Zwemer has said: “Borden kept the faith, but he did not keep it to himself.” Neither shall we.