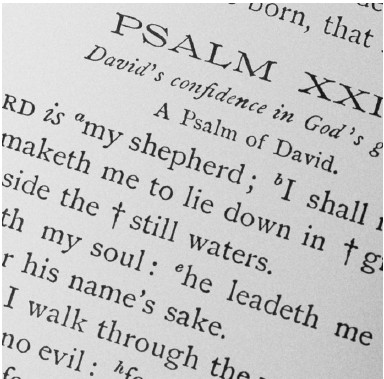 At first glance, Acts 28 and Philippians 4:15-23 may seem quite different in their meaning and purpose, but they are both about keeping commitments – on the part of the church at Philippi and Paul imprisoned at Rome.


Starting with 4:15, Paul continues in his thanking the Philippian Christians for their concern for him and the material support that resulted from their concern. Of all his churches, none “entered into partnership with
me in giving and receiving except you only.”
For in his ministry, except the church at Philippi, Paul had been unyielding in his refusal to let the various churches support him. In 1 Corinthians 9:3-18 he says, that although he and Barnabas have the right to some material support, “Nevertheless, we have not made use
of these rights, nor am I writing this to secure any such
provision…What then is my reward? That in my preaching

I may make the gospel free of charge…”

Perhaps he was also influenced by the example of Jesus sending out his disciples without money so that they would be dependent upon the hospitality of the towns they visited (Lk. 10:5-7). It may well be that Paul also believed that by not accepting money, no one could expect to control his preaching of the gospel. It happens. GOD’S PROVIDENCE

Paul was more honest than tactful in suggesting to the Philippians that he didn’t need their gift because, “In any and all circumstances I have learned the secret
of facing plenty and hunger, abundance and want,”
(4:12), but he goes on to explain, “Not that I seek the
gift: but I seek the fruit which increases to your credit”
(4:17). Paul was trying to support his prior declaration that he depends upon God alone to meet his needs. It did not occur to him that the gift of the Philippian church was part of God’s providence.

Paul comments on the gifts that the Philippians have sent by way of Epaphroditus, mentioned by Paul in 2:25-30. His is a Greek name, meaning “handsome, charming,” and he was both a friend and co-worker of Paul. It was he who carried the gift of the Philippians to Paul in jail. Part of that gift was for Epaphroditus to remain with Paul to help him. During this stay, however, Epaphroditus became “near to death”
(2:27) and Paul says of him, “He nearly died for the work of Christ,
risking his life to complete your service to me”
(2:30). Recovered, now he will take back to Philippi Paul’s letter and relieve their anxiety. Paul asks the church to “receive him in the Lord with all joy.”

So Epaphroditus is remembered with thanksgiving 2000 years after his life because he faithfully served both the Philippian congregation and the Apostle Paul. On the other hand, Euodia and Syntyche are remembered, if at all, because they were dividing a church with their disagreement. I know that most Christians who become involved in dividing a church, or even a denomination, believe they are doing the right thing. But, in my experience, I would say that, regardless of what they thought, their sense of intractable self-righteousness is more responsible than God’s guidance. SLINGS AND ARROWS

Acts 28 is another testimony of how God can turn our lemons into lemonade. After a dangerous sea voyage, Paul arrives in Rome. On the encouraging side, Paul is received by Christians living there and in the area and he is permitted to “stay by himself, with the soldier that
guarded him”
(28:17). Paul is arrested; his work is not.

This last chapter of Acts closes with a truth of which we need to be reminded. Paul receives an invitation to speak to Roman Jews “in great number” at his residence. The end result of this opportunity: “And some
were convinced by what he said, while others disbelieved.

So, as they disagreed among themselves, they
departed.”

Yes, that’s the way it is with our Christian witness: some will respond and some will not. Rejecting us is not the same as rejecting God. Perhaps the Lord will find another person or another way to reach them. So we leave to God those who do not. It’s his business, not ours. We are called to be part of his providence – not all of it.