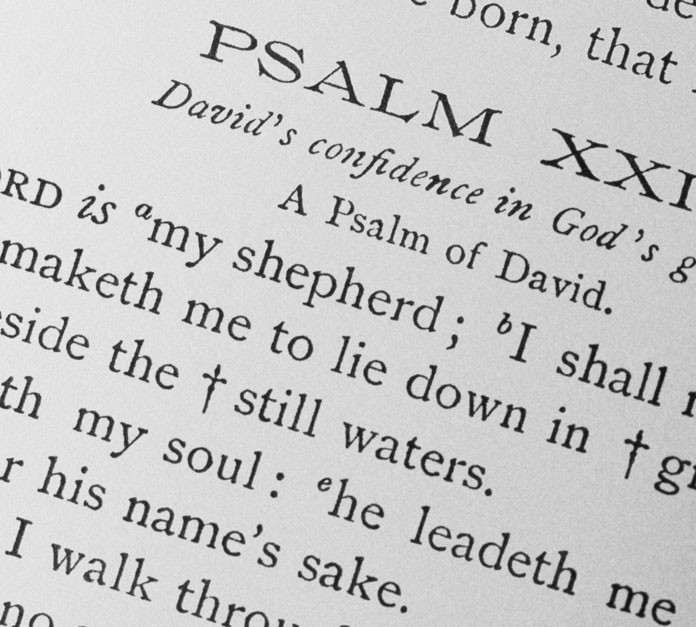 Often in reading a passage with which I think I am reasonably familiar, I find something “new”! I don’t know how often I’ve read and written about 2 Thessalonians in the 44 years I’ve been writing The
Bible Speaks,
as well as the number of times I’ve read it in the course of my own Bible reading, but today as I approached Paul’s second letter to the Thessalonians, I was not anticipating something “new” in the first few verses.

When I reached verse 3, however, a light bulb went off within me: “We are bound to give thanks to God
always for you brethren, as is fitting, because your faith
is growing abundantly, and the love of every one of you
for one another is increasing.”
So, what is so enlightening (pun only slightly intended) about Paul’s greeting? For one thing, I remembered that it is generally presumed that there was communication of some sort to Paul from the Thessalonian church indicating that they were full of self-doubtings, not about the faith, but their faith. They were afraid their faith was not strong or deep enough to bring them through their tribulations.

So, Paul begins by thanking and praising them for “…your steadfastness and faith in all your persecutions
and in the afflictions you are enduring.”
As writer Mark Rutherford has written, “Blessed are those who heal us
of our self-despisings.”
Paul is writing them out of his concern for the afflictions and turmoil they are suffering and is challenging them to cling to that faith. But first, he thanks them for the faith they have already demonstrated. Before dealing with the negatives, he establishes a positive note. BETTER STILL

How many of us as lay people and pastors emulate Paul in beginning with praise and thanksgiving? William Barclay comments on Paul: “He knew that
well-judged praise can often do what indiscriminate
criticism cannot do, and that wise praise never makes
people rest upon their laurels, but fills them with the
desire to do better still.”

Given the fact that my undergraduate study was of finance and commerce, I began my ministry with the conviction that a church ought to be run like a business. To a certain degree that is true. But to a much larger degree, I have found that business goals, methods, and practices may also hinder a church from doing what God wants done.

For example: how do we measure a congregation’s growth? Too often we refer, not to the will of God, but secular values: how many members are there, how big is the budget, the size of the church staff, the salary of the minister? – all secular criteria. SECULAR SUCCESS

Expositor James M. Clarke comments: “The harsh
fact is that we have accepted the success standards of the
secular society in which the church is set, carried into
our boards and committees by sincere but unspiritual
[people] who live by them in the business world.”
In retrospect, I regret that there were times in my pastorate when I valued a balanced budget more than my commitment to a God-given mission, when, instead of witnessing to the Good News, I worked to preserve an institution.

In 1941, when I was 11 years old, I saw a movie, “One
Foot In Heaven,”
starring Frederick March and Martha Scott, an appealing story of a minister and his wife dealing with the clash of church life with rampant 20th century American secularism. Last week I saw the film again on television and realized that, 69 years later, the Christian image is even more muddled by culture, than our culture reflects the faith.

The theme depicted the minister and his wife learning that, while one foot needs to be touching the planet earth, the other foot similarly has to be firmly anchored in Heaven. Christians are meant to be citizens of two worlds at the same time. We are ordained to live out our earthly lives on earth, but we are merely sojourners and our true home is Heaven. So, check your feet: one should be on the earth, and the other in Heaven!