An admirer of Jesus? 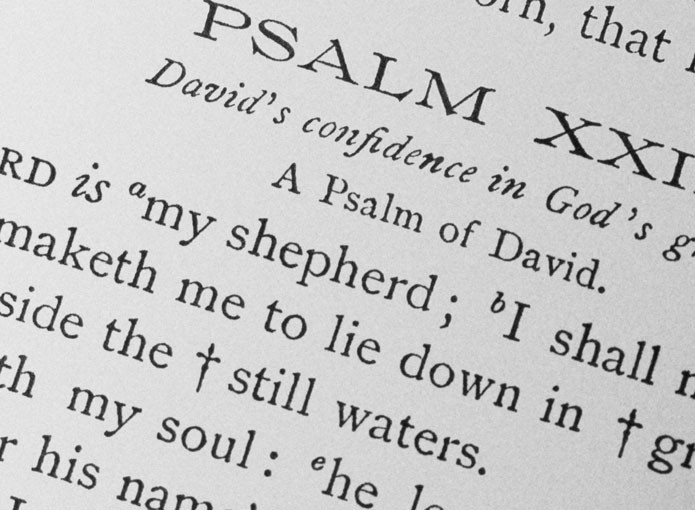 Although it all took place in a desert wilderness, nevertheless for Jesus it was a “mountaintop experience.” Submitting himself to John for baptism in the Jordan River, he heard “a voice from heaven saying, ‘This is my
beloved Son…’ ”
(3:17).

Just one verse later this high moment is immediately followed by a series of temptations by an entity variously personified as “the devil”
(4:1,5,8,11), “the
tempter”
(4:3) and “Satan”
(4:10). Although we cannot adequately define or explain this demonic power, all of us have experienced him/her/it. The tempter has appeared to each of us in many different guises, but there is something that makes it increasingly familiar to us.

Some may have difficulty with this passage because they cannot conceive that Jesus could be tempted. But the experience of the early disciples is that he was both divine and human and it is his humanity that impacts our own very human lives. The writer of Hebrews reminds us: “For we have not a high priest who is
unable to sympathize with our weaknesses, but one who
in every respect has been tempted as we are, yet without
sinning”
(Heb. 4:15). TEMPT OR TEST?

The Greek word peirazein, translated into English as “to tempt, an enticement to do wrong,” can also be rendered as “to test,” “to try,” “to put to the proof.” In Genesis 22, God does not intend to entice Abraham to slay Isaac, but to try Abraham’s faith. So God may test us for the good purpose of exhibiting our faith and loyalty and, as Matthew 3 demonstrates to us, when we are tempted or tried it is not always with evil. Satan often tries to weaken our resistance with the choice of a lower good instead of a higher one.

This was the tempter’s strategy with Jesus. None of the three temptations are evil in themselves, but each is a lesser good in conflict with a higher good. In the first two, the devil begins with a taunt: “If you are the
Son of God…”
(4:3,6). At the Jordan, God proclaimed Jesus as “my beloved Son”
and he is challenged to prove that he is God’s “Son,” just as he challenges each of us to prove who we are in God’s sight.

For 40 years Israel wandered in this same wilderness and was tempted to turn from God. During his 40 days and nights, Jesus was also tested, but he was equipped: “Man shall not live by bread alone, but by every word
that proceeds from the mouth of God” (4:4); “You shall
not tempt the Lord your God”
(4:7); and “You shall worship

the Lord your God and him only shall you serve”
(4:9). We, too, can be thus equipped. MEANS AND ENDS

The most powerful enticement is to use unrighteous (or less-than-righteous) means to achieve righteous ends. I am thankful to have grown up in an America that did not sanction torture and cruelty for the sake of national security or victory. That does not mean these measures were never used, but that they were not advocated as national policy. I am appalled and embarrassed by the current advocacy of “whatever it takes to do the job.” The reasoning is that first we achieve whatever victory we are seeking and then we return to the rule of law and morals. That is the tempter speaking!

Clarence Jordan was the founder of the Koinonia Community, an interracial farm in Georgia. In the early 1950s, Clarence asked his lawyer brother, Robert, to legally represent Koinonia, but he declined: “Clarence
…you know my political aspirations.Why, if I represented

you, I might lose my job, my house, everything I’ve
got.”
When Clarence questioned his commitment to Christ, he replied, “I follow Jesus, Clarence, up to a
point.” “Could that point by any chance be – the cross?”
his brother asked. “I’m not getting myself crucified,”
Robert replied. “Then,”
said Clarence, “I don’t believe
you’re a disciple. You’re an admirer of Jesus, but not a
disciple of his.”

All of us are tempted to forget that Jesus calls us to be disciples, not admirers.