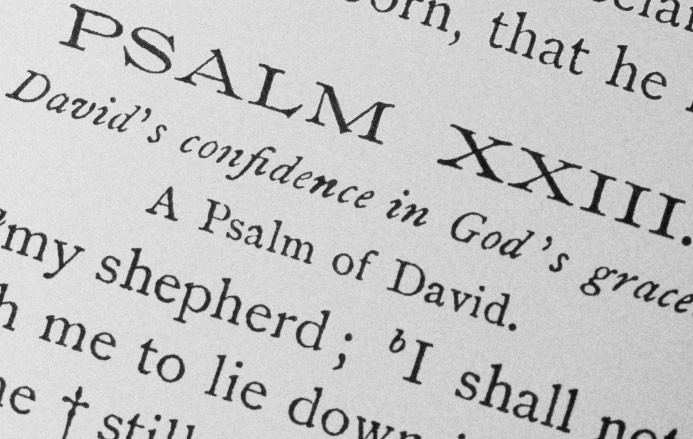 When I was a young pastor fresh out of seminary, there was a heated controversy among Christians between the “conversionists” and the “educators.” The former maintained that only a dated and specific conversion denoted those who were true Christians. Similarly, the Christian educators held that growth in understanding and living the faith was legitimate Christian discipleship. Years later, I came to realize that both were right and both were wrong.

Those who experience conversion need to grow in their belief and practice of the faith and those who are educated into the faith need to know that growth in following Christ often requires authentic change that converts our life from the way it is to the way discipleship demands it to be.

In John 3:3, Jesus says: “…no one can see the kingdom of God without being born anew.” There are a lot of controversies over the meaning of this term. A survey of different translations shows that the King James, Living Bible, Phillips, Good News For Modern Man, and Lamsa versions translate the Greek as “born again,” while the RSV renders it as “born anew.” Moffatt, the Jerusalem Bible, and the New RSV say “born from above,” Barclay “reborn from above,” and The New English Bible and Goodspeed, “born over again.” So which is correct? BEYOND THE WORDS

Answer: there can be no “winner” because the Greek word cannot be nailed down to just one interpretation. And Nicodemus himself had trouble in understanding it: “How can these things be?” he asked. And Jesus replied, “Are you a teacher of Israel, and yet do not understand these things?” (3:10). From Jesus’ remarks that follow it seems likely that he was speaking of being “born from above.” Nathaniel is wrestling with physical rebirth, while Jesus is speaking of spiritual rebirth: “What is born of the flesh is flesh, and what is born of the Spirit is spirit…So it is with everyone who is born of the Spirit” (3:5-8). I agree with Joseph Alleine: “Conversion is a deep work – a heart-work. It goes throughout the man, throughout the mind, throughout the members, throughout the entire life.”

To put it simply, there was a maid who was recently confirmed as a Christian and she was asked how she knew she was a Christian, and she replied: “Because now I do not sweep the dirt under the rugs!”

Another fruitless argument from this passage is whether it is a once-in-a-lifetime experience or a rebirth that occurs throughout the rest of life. For some of us it might be the former, while for other the latter: but one size does not “fit all!” That might not be true if Jesus was speaking of physical rebirth, not spiritual. When Nicodemus came to Jesus, he said. “Rabbi. We know that you are a teacher who has come from God; for no one can do these signs that you do apart from the presence of God” (3:2). But Jesus tells him to look beyond the signs to the realities to which they point: it is a change in a person’s inner and outer life that is important.

Becoming a new person often requires radical change. Whatever you want to call it: “born anew,” “rebirth.” “born from above,” etc., there is no one so close to Jesus Christ that we do not have to make important changes in our lives. Some people commit themselves to Christ with virtually no change at all. For others it may be some small changes. All of us need to examine our own lives and ask ourselves whether we have been sufficiently changed to accommodate Jesus. What might hold you back from rebirth? THE WORLD?

Take notice that John 3:16 says that “God so loved the world…” That was and still is a radical statement. In Jesus’ own day I’m sure there were those who would have edited 3:16 to say that “God so loved Israel…”, as we today might want to amend it to say “our country” or “our church.” The dimension that makes John 3:16 so new and radical is that God loves THE WORLD – not just me and my crowd down at church.

Yes, from what I often hear and read, there are many who hate the world as an evil, depraved place. The evil and depravity that we experience is not in the world itself that God created and still creates, but what we make of the world he gives us. We are part of that problem – and its possible solution!

In Matthew, Mark, and Luke we find little emphasis upon believing in Jesus. More often it is a matter “following” Jesus (Mt. 9:09, Mk. 2:14, Lk 7:09, and many others). John’s favored word for the relationship of the follower to Jesus is to “believe in him” (16 passages beginning with John 3:15, 16). If we take the English word “believe” at face value, it may seem that John is out of step with the other three gospel writers or vice versa. But following without belief is not likely and neither is believing without following.

From the earliest days up until now, the church has been divided and ravaged by those who have held that all true Christians must hold and articulate the same theological and doctrinal positions. Many so-called Christians have demonstrated that their beliefs about God in Christ have kept them from truly following him.

“Belief” as used in John is more than an idea that we hold, but rather an idea that holds us. John’s kind of “belief” is trusting in God’s Son, a trust that enables us to follow him – even, if need be, to a cross.