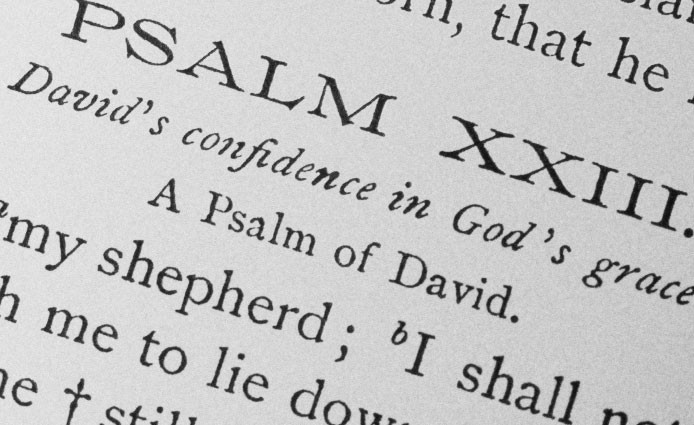 The Book of Proverbs, along with Job and Ecclesiastes comprises in the Bible what is classified as Hebrew Wisdom Literature. Some psalms also fit into this classification. So, Proverbs is not a book of sacred history, worship and ritual, law or prophecy, but rather the wisdom necessary for the living of a good life under God.

A proverb is generally a short saying conveying a familiar truth that is either a positive affirmation or an inquisitive proposition. It is often picturesque and, as Jesus did in many of his parables, proverbs are often drawn on images of the natural world (Proverbs 25:11), agriculture (Psalms 15:17), animal life (Prov. 6:6), human nature as observed in the home (Prov. 21:9), business (Prov. 10:2), trades and professions ( Job 2:4), the farm (Prov. 20:4), and the family of nations ( Jeremiah 13:23). The appeal of wisdom literature was the arena of human life, focusing on the individual, rather than the nation.

Proverbs 1:1 begins: “The proverbs of Solomon, son of David, king of Israel: that men may know wisdom and instruction, understand words of insight, receive instruction in wise dealing, righteousness, justice, and equity.” Biblical scholarship tells us that this book was more likely produced in honor of King Solomon who was known for his wisdom, just as the Psalms honor King David. It does not mean that David and Solomon were responsible for all or most of the psalms and proverbs. In fact, the Proverbs, like the Psalms, seem to come from many contributors. The purpose of this book is to provide a manual of prudence, a guide to right living. It is a “how-to” book – how to please God and live wisely and well.

Chapter 8:1-36 is divided into three parts: vs. 1-21, an exhortation to follow wisdom and the reward for doing so; vs. 22-31, the exalted position of wisdom with the creator, and vs. 32-36, concluding exhortations. We will be concentrating on the second part, beginning with v. 22: “The Lord created me at the beginning of his work, the first of his acts of old.” Wisdom, instead of being an attribute of God, is pictured as created by God to work with the Creator. The proverbalist claims that wisdom was created first, indicating that God’s act of creation is reflective of and dependent upon this wisdom.

Note that wisdom is personified as female: “Does not wisdom call, does not understanding raise her voice? On the heights beside the way, in the paths she takes her stand” (8:1,2). Does this necessarily mean that God created a female spiritual being as the source of all true wisdom? In as much as the creation accounts in Genesis 1 and 2 do not mention it, we may take this as a personification of wisdom, just as we take Jesus’ parables in a like manner. The author of this proverb is indicating that this priceless attribute is intended by God for everyone who will heed her voice and respond to her words.

What, however, is wisdom? It is often mistaken for intelligence. But, as the Bible demonstrates so often, intelligence does not guarantee wisdom. People with high IQs can be just as foolish as people further down the intelligence scale. People with fine educations are not excused from being unwise. Even people with modest intelligence can often display more wisdom than those highly educated. Albert Einstein is recorded as saying that “The difference between genius and stupidity is that genius has its limits.” Stupidity, the opposite of wisdom, can also be the curse of the intelligent and the educated. Looking back over my life, I find that most of the wisdom to which I have been exposed has come from people who do not boast the highest IQs and are not judged to have brilliant minds.

There’s an old saying that the hardest task of the educator is to try to teach someone something that person believes he or she already knows. Intellect should teach us to be humble and open, not proud and unyielding. The wise person is the one who is willing to learn by his or her mistakes. Simon Bolivar Buckner told of an old resident in his Kentucky home. He was called “Uncle Zeke,” and celebrated for his wisdom. A young man once asked him, “Uncle Zeke, how does it come you’re so wise?” The old man answered, “Because, I’ve got good judgment. Good judgment comes from experience, and experience – well, that comes from poor judgment.” Uncle Zeke was willing to learn from experience, bad or good. Lots of us keep making the same mistakes over and over. Do you generally learn from your mistakes?

Wisdom is one of God’s gifts, but like grace, it is offered to us, not forced upon us. To reject this gift is one of the worst mistakes we can make. The proverbalist tells us, “Happy is the man who listens to me, watching daily at my gates, waiting besides my doors” (8:34). Although wisdom does not guarantee happiness, it makes it much more likely. In my Bible the first part of v. 35 is at the very bottom of the page: “For he who finds me finds life and obtains favor from the Lord.” But, when I flip the page over, verse 36 tells me a hard truth: “…but he who misses me injures himself; all who hate me love death.” It may seem a “hard” saying, but it is even more a “hard” truth: to reject wisdom, God’s gift to humankind, is to reject life itself.

I close with this statement by Elbert Hubbard: “Every man is a darn fool for at least five minutes every day. Wisdom consists in not exceeding that limit.” Amen!