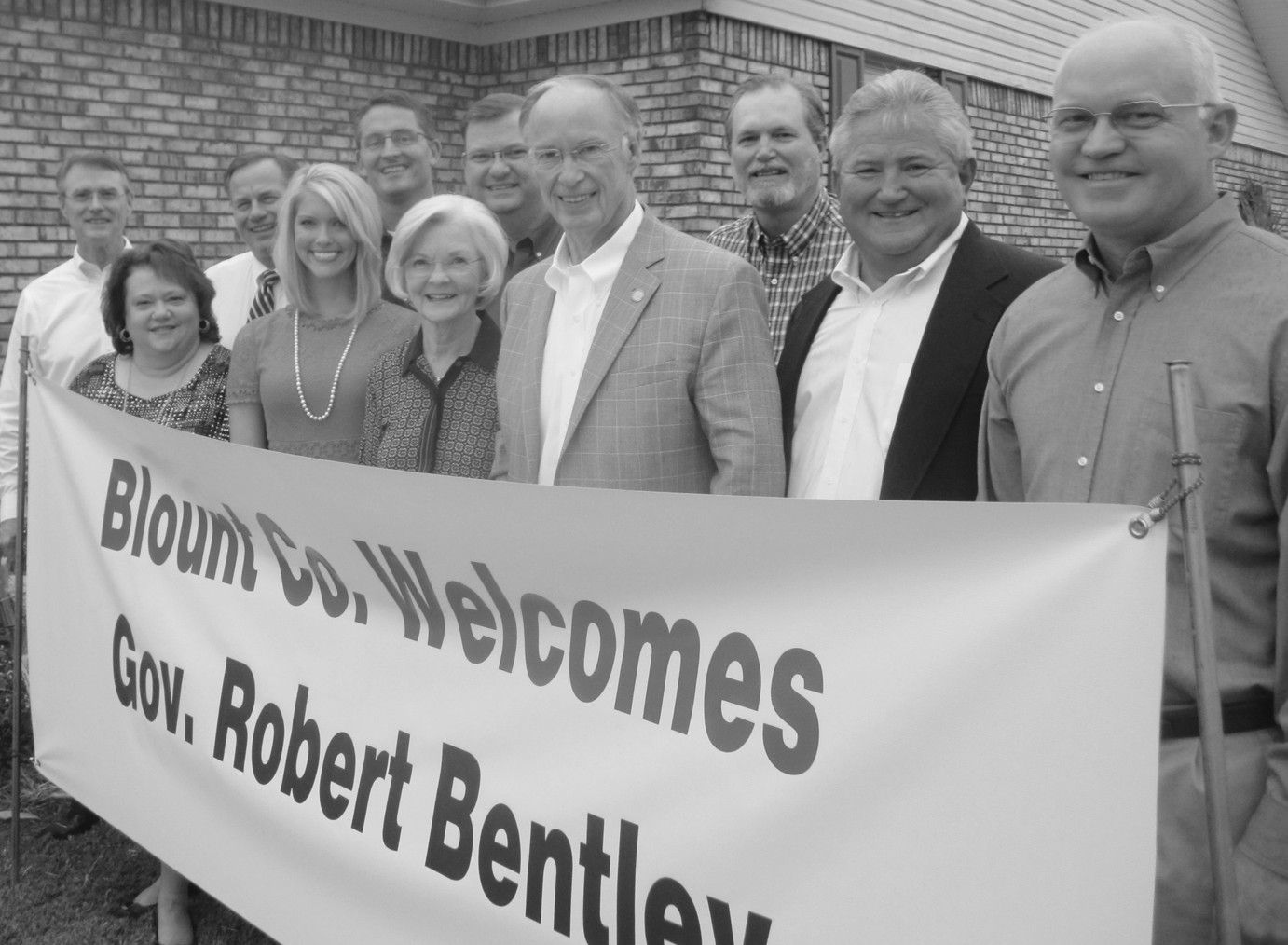 Gov. Robert Bentley took a night off the campaign trail to grace a Blount County fish fry last week at the Hallmark farm on Pine Mountain. The event was described as a mutual thank-you: Blount County to Gov. Bentley, and vice versa, as some 250 Blount County leaders and citizens attended the event. Shown above are a few of the earlyarrivers, from the left back row: Probate Judge (and violinist) Chris Green, Blount County assistant superintendent Rodney Green, state Sen. Shay Shelnutt, Revenue Commissioner Gregg Armstrong, Cleveland Mayor Jerry Jones; front row from left: Tawanna and Elizabeth Hallmark, wife and daughter of Jeff, Dianne Bentley, Gov. Bentley, Jeff Hallmark, and state Rep. David Standridge. In an impromptu interview, The Blount Countian queried Bentley on state issues. On his accomplishments in office, he said creation of 40,000 jobs with another 60,000 to come was his proudest achievement. On creation of a state lottery, he said he does not favor the lottery as a formal method of raising revenue to support state government, but he would not oppose a referendum to allow voters to decide the matter. On whether he would defend the Alabama Accountability Act should action to modify it surface in the coming legislative session, he said: “I don’t want to take money out of the public school system. I don’t think we ought to spend public money on private schools. I’m a supporter of public schools.”